The United Soccer League granted its latest franchise to Alliance Omaha Soccer Holdings and will begin play at Werner Park in 2020.

The USL is the largest professional soccer organization in North America.

USL League One is the newly sanctioned Division III league. It occupies the third tier of the American soccer landscape, below the USL Championship and Major League Soccer and above USL League Two.

The Omaha USL team is akin to a double a or triple a minor league baseball team like the Omaha Storm Chasers and is owned by Alliance Omaha Soccer Holdings, fronted by Gary Green who also owns the Storm Chasers.

Werner Park is undergoing renovations, rumored to be in the $1.5 to 2 million dollar range, to accommodate professional soccer. Per President and GM Martie Cordero, the soccer field will run from east to west with the current Werner Park configuration.

“”The Omaha metro and Sarpy County areas are established sports destinations and will thrive as home to professional soccer,” said Green. 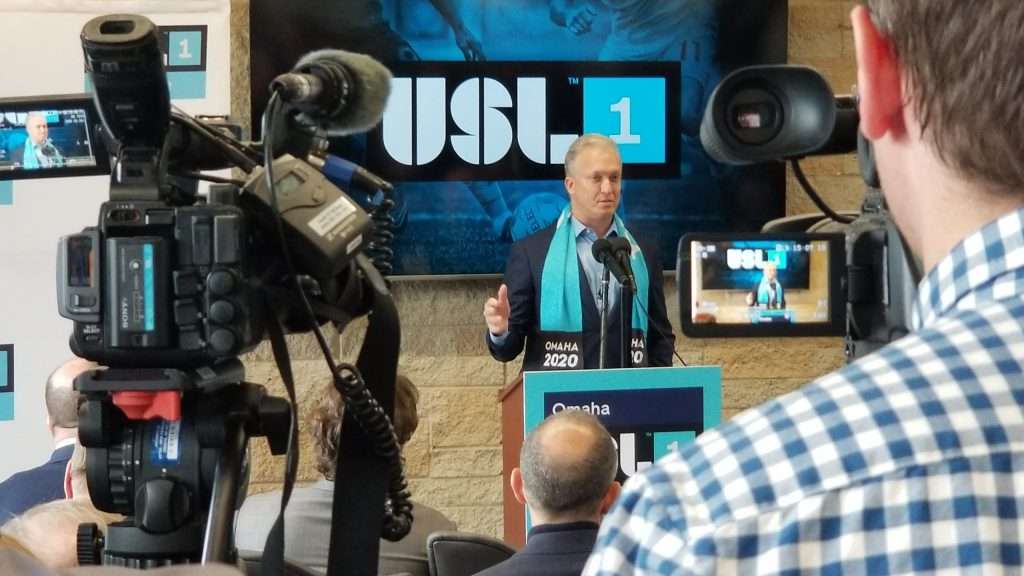 The new USL League One team in Omaha hired a familiar local face as head coach. Jay Mims is familiar to Omaha soccer fans as he created and built the Division 1 soccer program at the University of Nebraska at Omaha. Most recently, Mims has been the assistant coach for Real Salt Lake. 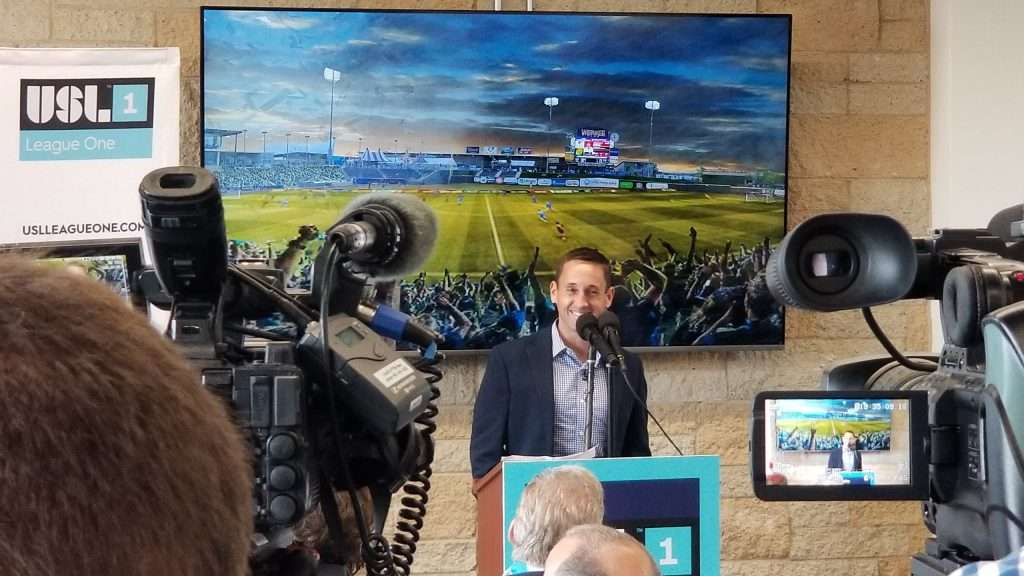 “Omaha is such a special place to me,” said Head Coach Jay Mims. “The opportunity to help create and start-up a professional soccer team here in a community I love is a dream come true. I am so excited for our entire soccer community to be able to showcase our support, commitment and passion to the entire country and be witness to what I have seen every day.”

The team’s name and logo will be released later this year after community engagement events, seeking input from the public. Organizers say they want a name and logo that “reflect the spirit and community of greater Omaha region.”

Construction will begin at Werner Park in 2019 to get the stadium soccer-ready; however, deposits are already being accepted for 2020 season tickets.

The club will hold local tryouts at an upcoming date.

Play begins in 2020 with a season that runs from March to October. For more information on USL League One check out the website: https://www.uslsoccer.com/.

CBA Basketball From The Horse’s Mouth – Steve Idelman On The...