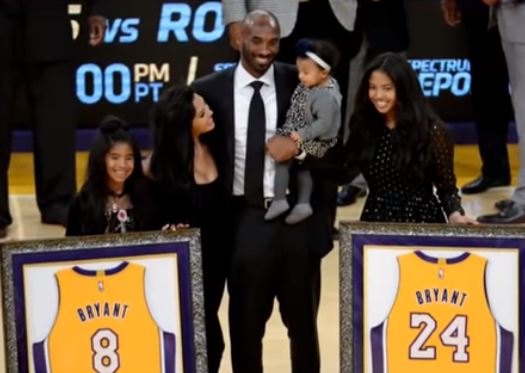 It was the spring of 2001 and my mother was desperately awaiting a new liver.

After a few false starts, being called into the ER and sitting next to grieving family’s and hoping that their grief would translate into hope for my mom, thankfully a donor was found, and surgery was set to take place.

My mother’s subsequent surgery and long recovery coincided with the NBA playoffs. As a lifelong Laker fan, I was anticipating another long playoff run for the defending champions; little did I know however that they would help me get through one of the most crucial moments of my life.

After a 15-hour surgery and proceeding recovery, it is needless to say that I spent a ton of time at the hospital. These were grueling visits and the anguish that I was going was overbearing to say the least.

Every night I would get home from the hospital and watch my Lakers in hopes of getting away from the reality of my situation, if for only just a moment. Well LA provided more that that.

An 11-1 run that culminated in a championship not only got me to a safe place for a few hours every other night, they were absolutely thrashing hated rivals in the process.

Smashing the Blazers, Kings and Spurs was such sweet relief for the long stays in ICU and I will forever be indebted to Kobe Bryant and the Lakers for getting me through; it was like the basketball gods were helping protect me from the savagery of the real world.

It was such a cohesive parallel reality, my mother healing after the fight of her life as the Lakers helped heal by dominating at a historic rate. I will forever be indebted to them for that.

Early this morning, I was stunned beyond belief to hear that Kobe Bryant had passed away. A helicopter crash, his daughter Gigi was aboard. Multiple casualties. My heart sank and the tears began to flow.

The emotions as a fan and as an expecting father were overwhelming. I instantly thought of his wife Vanessa and the other children, I cant imagine their pain, anything I am feeling pales in comparison.

There are so many moments that come to mind when remembering Bryant, the greatest Laker in a long line of franchise legends.

So many clutch shots, the guts, the bravado, the scowl. A relentless will to be the best, the last of the Samurai, so to speak.

In the end, I think Kobe taught me to NEVER stop, NEVER give in and always go down fighting no matter the odds.

Thank you Kobe, thank you for the greatness, it gave me sanctuary when I needed it most.