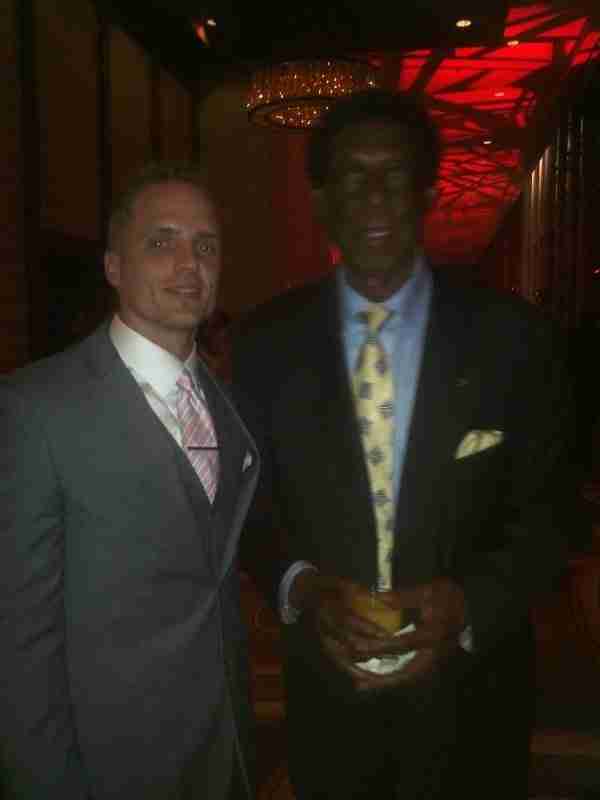 However you quantify NBA greatness, Elgin Baylor’s name will always enter the equation.

Baylor advanced the NBA style of play by about 20 years.  Without him, we may still be using peach baskets as basketball hoops and all of our phones may still have cords.

Throughout your Hall of Fame career, you had a laundry list of memorable achievements and records. Is there one that means the most to you?

As a former player for the Lakers and after being the Clippers GM for 22 years, what are your thoughts on the current state of both the Lakers and Clippers?

Elgin Baylor: “The Clippers have much more talent than the Lakers and they play so well together. They’re younger, they have more enthusiasm. And they have incentive to win because they haven’t done what the Lakers have.”

What distinguishes a Hall of Fame player from a great NBA player?

Elgin Baylor: “I don’t know, it really isn’t one thing. I think the ability. You have to have the ability to excel. You need pride and you need to be in right situation with the right team. When I played, I was only concerned about the shape I was in, what I was doing, not about who was guarding me or who I was playing against. It’s a question of being the best and being ready.“