When the Jets decided to release Le’Veon Bell, the first thing I thought of was this classic Adam Gase Taco GIF:

What did you really expect from this dude after a press conference like that LOL?

Can you, as a Jets fan, or as a human being, say that you are surprised by his 0-5 record in the NFL Standings?

Here is the Adam Gase Taco GIF set to music:

Look at his EYES. LOOK AT HIS EYES: 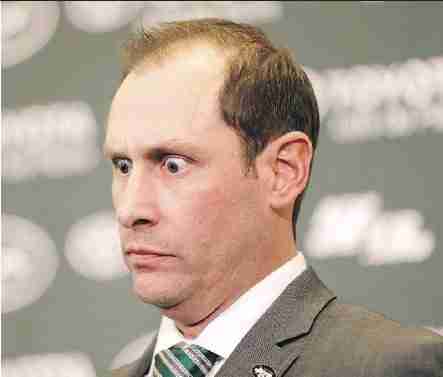 The minute the ink dried on the Le’Veon Bell four-year, $52 million contract with the Jets that included $27 million guaranteed during the 2019 offseason, after sitting out a full season, you knew it was a bad “eye-dea.”

The whole Gase press conference with the Jets was actually pretty normal when you remove the taco, the Latin dance track, and HIS EYES. He actually sounds reasonable.

There’s an “Ides of March” joke in here somewhere once he gets fired.