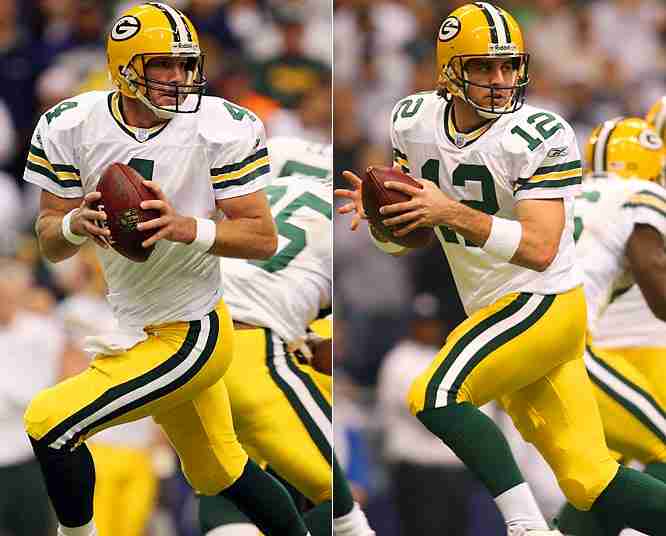 Is it finally OK to say what everyone is thinking; that losing Brett Favre was not as impactful for the Packers or the Jets as initially made out to be?

Let’s just compare the raw data of 2009 as it stands, independent of any emotional response:

Favre vs. Rodgers isn’t even close; Rodgers is obviously the winner in any statistical comparison aside from Completion Percentage and even there were talking about less than 4%.

Favre’s six TD game versus the Cardinals is the only reason Jets fans aren’t calling for his head because it skews the reality of his performance; he has thrown six TD in his last eight games combined!

For as fed up as Rodgers must be of hearing about Favre the only person who could be more annoyed is Chargers QB Phillip Rivers.

You know, that one guy who leads the entire NFL in passing TD while maintaining a nearly 3 to 1 TD to INT ratio?

But to hell with the facts, the “Gunslinger” plays in the biggest media market in the county so it’s no surprise he won the ultimate popularity contest, the Pro Bowl, and was elected despite leading the entire NFL in interceptions.

Now, I hear all you Favre apologists screaming, “But Paul, the Jets are 9-6 and the Rodgers led Packers are 5-10. That’s proof right there you idiot!”

I’d almost believe you if the Jets hadn’t revamped their entire roster via free agency in the offseason by signing possibly the best guard in the NFL Alan Faneca.

As far as the Packers losing record, Rodgers can’t play defense in addition to his duties behind center.

They’ve lost their last four games by a total of 14 points, all due to the defense’s inability to close out games.

Excluding their 51-29 drubbing at the hands of the Saints, they’ve lost their last six games by a total of 18 points, losing all six in the fourth quarter. That isn’t Aaron Rodgers fault.

Finally, just to prove beyond a shadow of a doubt how ridiculous it is that Favre made the Pro Bowl and that Rodgers has had the better year, let’s look at the numbers of Chad Pennington, the supposed “Noodle armed” QB he replaced.

Yes, I know efficiency isn’t sexy but was the size if Brett’s “Big Arm” worth it?

Say what you will about arm strength, but Pennington is smart enough to not throw the ball into double and triple coverage the way Favre does.

But alas, the stars have aligned in the most Shakespearian of ways with the “Gunslinger” taking on “Noodle Arm” this weekend with a playoff birth on the line. Ah, the high drama of the NFL.

Vindication is near and if Pennington and the Dolphins emerge victorious, the doubters of both Pennington and Aaron Rodgers will be silenced for at least the rest of 2008.

Then we can all look forward to a solid four months of “Will He/Won’t He” Favre talk just like the last three years. Sweet.