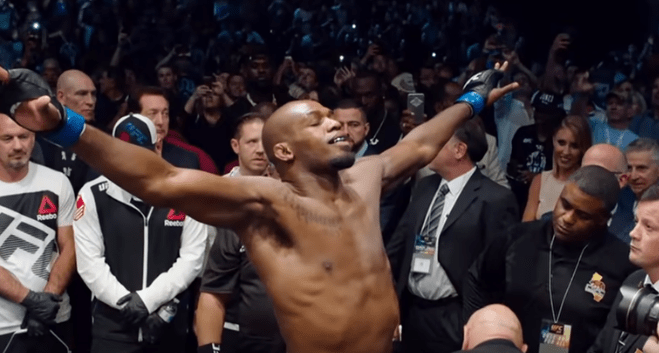 Jon Jones is trying to make his return to the octagon via some verbal abuse. Will the former heavyweight champion live up to the hype?

Jon Jones is the troll of the year in the UFC.

Jon Jones immediately took to Twitter to go at Adesanya, and try and get himself a title shot. The champ already has a title defense fight on the books, so he’s not exactly worried about Jones’ backlash.

“You saw what I did this weekend?” Adesanya said. “My confidence? Get my f*cking nuts out of your mouth, bruh. . . This guy obviously is trying to force my hand. He’s trying to force my hand and I’m not stupid. It’s not about I’m not confident. Trust me, I will f*ck this motherf*cker up when I fight him. I just have to do what I have to do. I have to defend my belt. I just defended my belt and I am the new unified king. There’s three more killers, four more killers I have to f*ck up at middleweight first. And then, then I will move up in weight, then I’ll jump up and f*ck this guy [up].”

Yeah… those are legit fighting words. Even I got fired up reading that quote.

Back in the day, when I still had some athletic prowess, I had a coach that was incredible at giving gameday speeches. He knew how to get the core of the players, and to hype guys up.

Whatever he said ever pales in comparison to that quote by Adesanya.

Could you imagine telling someone to get your nuts out of their mouth? It’s an absolute power move. This guy does not care about anyone else, and I love it.

He is going to put Jones in a body bag if he gets the chance to fight him, and frankly Jones deserves this.

Bones Jones is trying to get under the skin of anyone in the UFC just to get his hands on a title contention. I know he’s a very good fighter, but we haven’t seen anything from him that proves he can handle this fight.

Even people in Jon Jones’ camp aren’t that convinced that he can handle this fight.

I think Jon Jones is in way over his head on this one. There’s no reason he should be unleashing on the champ.

He’s been so far removed from the sport, and I think that remains to be forgotten by the former champ. He thinks he’s just going to come back and be the Bones of the past. He’s really just going to be bones… literal bones… in a body bag.

He hasn’t trained for a title fight in ages, and he hasn’t even had the chance to get back on top of the UFC world. His training doesn’t consist of the heavy sparring he was once doing, and now his whole regiment is different.

He’s not even the top contender, and now he’s trying to bully his way into the top spot. It’s such a bad look on him, and he’s going to keep doing it.

It’s like that kid in elementary school that knows he’s bad at four square. He is so awful, but he wants to play so he will hit the ball really far away to aggravate the other kids. Then, when the other kids let him play, he gets out right away.

Then he pouts, walks away and isn’t sure if he will ever play again.

That is what Jon Jones is going to be like in the ring.

He will get in there with his ballsy confidence after chewing at Adesanya, and then he’s going to get himself beat down to next Sunday. That’s when he’s going to walk away, and think about never fighting again.

To be fair, Adesanya also has to accept the fight, and I don’t think that’ll ever happen. He has absolutely no reason to entertain Jones, and if he does I think it’s dumb. For one, I think he will beat Jones regardless, so it’s just a waste of his time and talents.

Plus, he holds both belts. There will be many fights for him to get through, and I think that Adesanya knows that he shouldn’t take the Bones fight. He runs the risk of being upset, and even though I don’t think it would ever happen, it’s an added reason why he won’t take the fight.

I don’t see anything happening regarding this, but if Bones gets the fight he wants, don’t be surprised to see him beat into the mat after this Twitter skirmish. 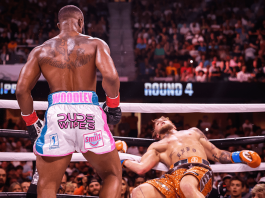 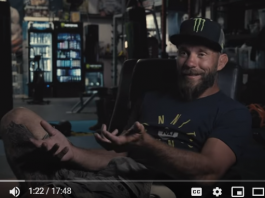 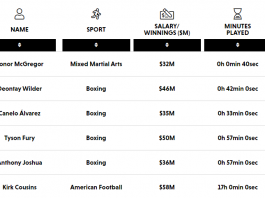 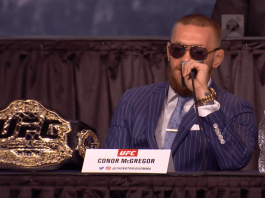 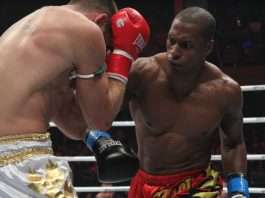 Kickboxer Wayne Barrett on the middleweight title and rise of GLORY 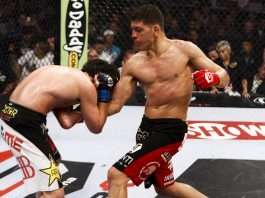 5 Reasons To Love Nick Diaz – Then Resume Hating Him...