Last week, we were invited to the Aspen Social Club just off of Times Square in downtown New York City for a meet and greet, and grope, with Bud Light and the Mayor of Whatever, USA.

Details were sparse, candor was high and the Bud Light flowed freely like the “salmon of Capistrano.”

The Bud Light “Up For Whatever” campaign is one of the coolest marketing campaigns in recent memory.

The campaign started with a Super Bowl ad featuring hidden camera footage of regular dude named Ian, who is unwittingly run through a gamut of strange Bud Light generated scenarios, featuring the likes of Don Cheadle and Arnold Schwarzenegger. But since Ian is #UpForWhatever, he never loses his cool and has a great time.

The Mayor was exactly who you think he would be. Easy to talk to, free wheeling, and he doesn’t get all weird if you get a little handsy. If a Mayor is a reflection of the people that comprise his city, then Whatever, USA will be a straight up bro-down. 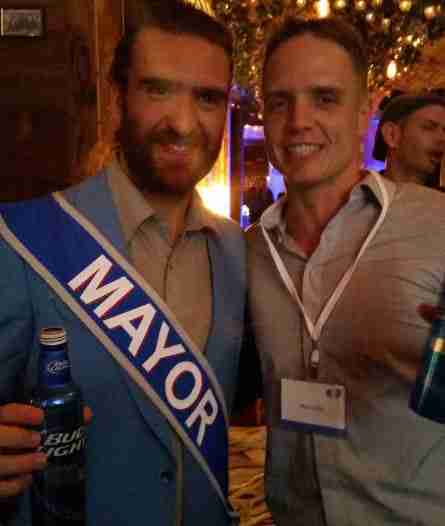 After the press conference, I had a chance to corner the Mayor and ask several specific questions, which the Mayor, in true Mayoral style, deftly avoided answering, but without harshing my mellow.

Want a ticket? You have to prove you’re Up For Whatever first.  There are two ways to get to Whatever, USA. One is via video audition at an audition station at a local bar, like this one: 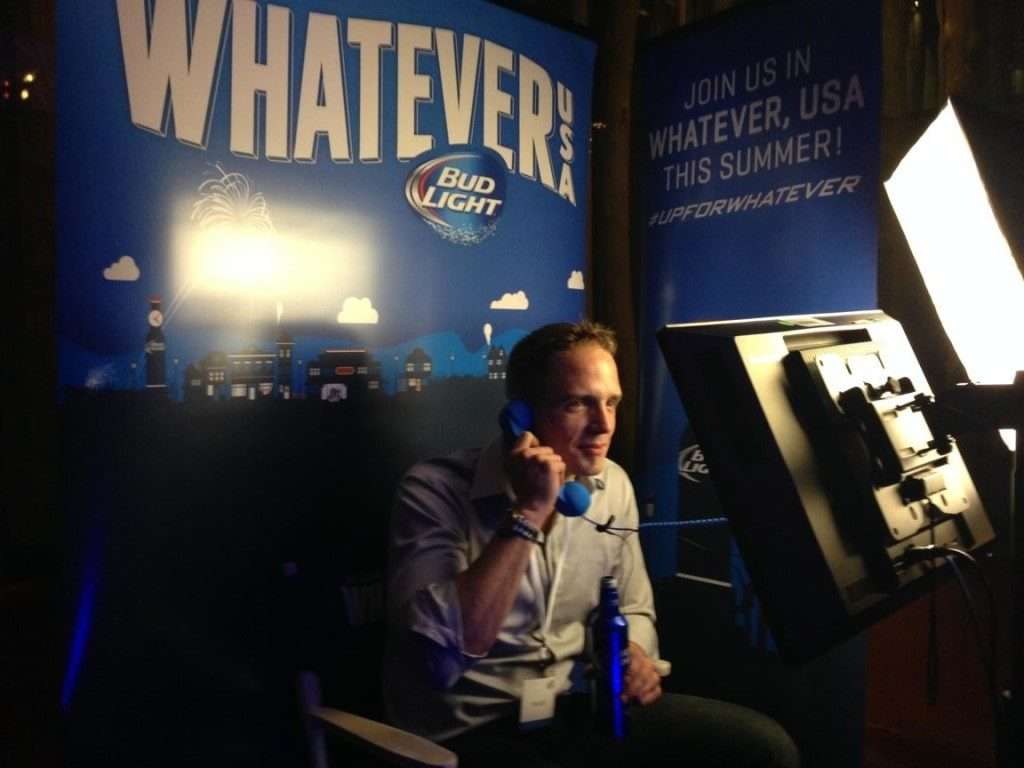 Or, via the website here. If you make it, sit back and gorge yourself on three days of full-on whateverness.

Speculation ran rampant during the festivities about where the town would be located.

Near a large city with an airport that is still somewhat remote? On a mountain top?

Neither the Mayor or his assembled staff would answer our questions. “If you don’t come, you won’t see it- and that’s on you,” said the Mayor, wagging an accusatory yet warm finger, in a your mom knows best sort of way.

The fastest way to find out? Register for a chance to be there the day the location is revealed. Or, wait until September to find out like the rest of us.