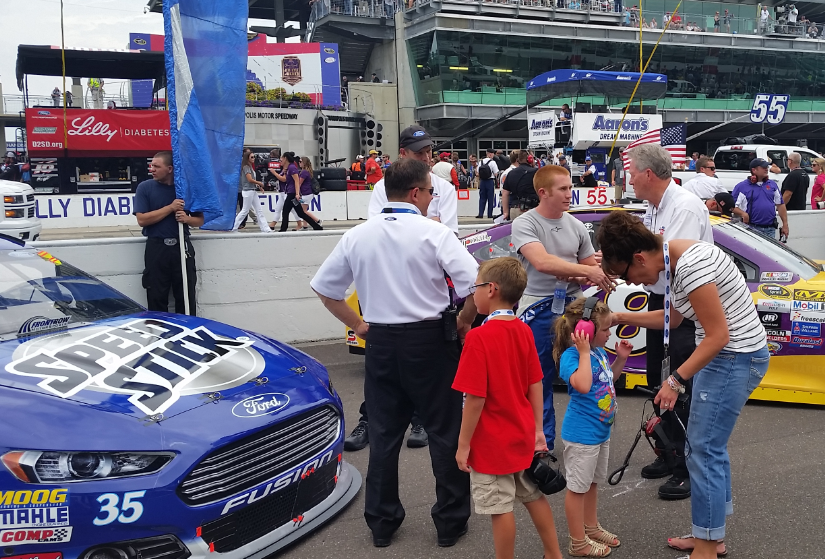 The best things in NASCAR thrive under pressure. Whether it’s the engine, pit crew or driver, it’s a game of constant pressure, a game of endurance that lasts from February to November. And the team that handles it the best wins the Sprint Cup.

“Typically, you’ve got several things to do,” said 24-year old Speed Stick driver Cole Whitt about his routine for each race weekend. “Each day, you wake up around nine, go to the track and take care of all of your pre-race track duties.”

The demands placed on a NASCAR driver throughout the season are intense. The idea that drivers get to the track, turn left for three hours and then resume their day-to-day life is false.

“After a race, you recover the rest of Sunday. You only get three days at home a week. Then you rest on Monday and try to tax your body with workouts Tuesday and Wednesday, travel again on Thursday – we’re constantly travelling or moving.”

But time at the track, both pre-race and during the race, are only two components of a busy schedule.

“You usually have media obligations both days, whether its interviews or appearances, and then the race. From the minute the checkered flag finishes, you’re essentially preparing for the next Sunday from that moment on.” 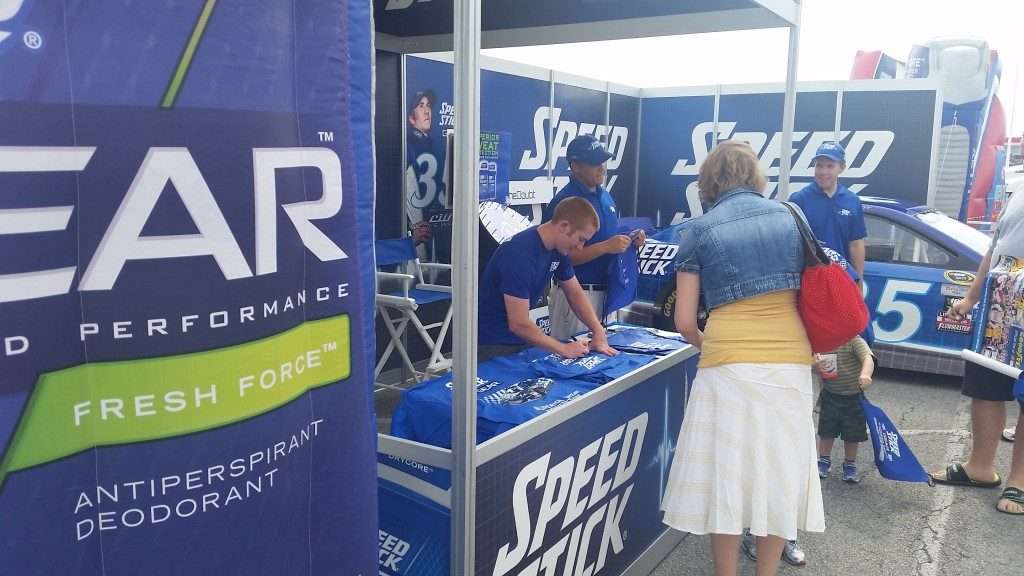 This weekend, one of those appearances was for Speed Stick, signing autographs and giving away #35 T-shirts at a local Kroger grocery store, where the temperature reached the mid-90s.

“I typically lose between 10-12 pounds per race. Sitting in a car is like being in a sauna for four hours.”

A test of mental endurance as much as physical, doubt can also creep into the mind of a driver during the grueling season.

“It’s really easy to get down on yourself, to doubt yourself, especially as a smaller team,” said Whitt about his crew, which is roughly half the size of the larger teams they’re competing against.

“It’s a different mentality here. If we’re Top 25, we are proud of our team. The team has to work as hard with half as much of the support as the big teams.

“But the biggest thing is staying mentally healthy and not feeling doubt.”

Part of his routine for staying healthy mentally and for the physical grind of a long season is Crossfit. With limited time during the season, Whitt fits in two or three workouts a week.

“During a race, you’re strapped down, you’re uncomfortable, it gets annoying. Sometimes those Crossfit workouts are annoying and you don’t want to do it anymore, too. It’s kind of like being in a race.”

In the middle of his second season on the Sprint Cup, the 24-year old Whitt’s #DefyTheDoubt highlight was a 13th place finish in the Geico 500 at Talladega Superspeedway, where he led the field with 21 laps remaining.

“Talladega was definitely a good weekend for us. To be able to be up front and show those guys we can race with them, a Top 15 finish was huge for us. That weekend gave us some motivation, built up some encouragement, and we have to keep building on that.”

The key to Whitt maintaining his energy throughout the season is his approach to each day.

“The biggest thing as the driver is that you’re kind of the quarterback of this team. All these guys feed off of me. So however my mentality is, whatever my level of encouragement or excitement, feeds the team.

“They already know the odds are stacked against them, they all know what’s going on. But each day is a new day and you build on it and just try to be the best that you can at the end.”