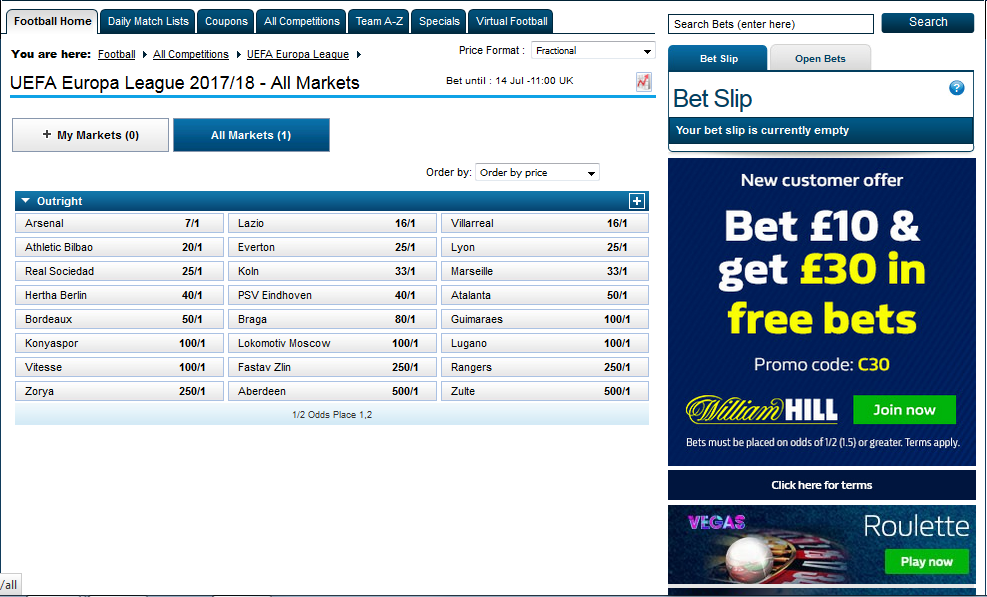 What is the UEFA Europa League?

As a lifelong American, soccer has routinely occupied roughly the 8th tier of my personal Sports Interest Level. But as I’ve gotten older and had a child who eventually grew to love soccer, her interest got me into the youth version of the sport.

I’ve now coached my daughter’s team for two years and realized that soccer is actually really cool — it’s a more technical version of hockey without the fighting, and a less complex version of basketball. And, it is wholly dependent on strategy.

Even with that experience, beyond the Premiership and MLS, I had no idea how pro soccer was structured. So I did the legwork for you. And the UEFA Europa League is actually badass.

The qualifying phase starts about two years before the final tournament just after the conclusion of the World Cup. Teams are grouped together, then begin group play via home and away games to establish their positions in the group.

The more successful nations enter in later rounds of the tournament. Teams qualify through performance in the domestic leagues of their own countries and cup competitions. The ensuing tournament consists of three qualifying rounds, a play-off round, group phase, four knockout stages and a single-leg final tie.

48 teams are drawn into groups of four with each team playing six matches, both home and away. The top two teams in every group progress to the knockout rounds. The games are played between September and December. Soccer is still the world’s most popular sport, regardless of how little attention Americans pay it outside of MLS.

Soccer is still the world’s most popular sport, regardless of how little attention Americans pay it outside of MLS. With that in mind, Europa League betting online was never easier with Will Hill’s betslip and promos

Watching the Golden State Warriors this post-season, it is painfully obvious that there is not a team in the NBA that can compete with them. I joked with my daughter while watching game 2, “Bring on the Euroleague champs next!” Because no one on this continent can challenge them.

The UEFA Europe League is kind of like that. Take the best teams from every country that qualifies in Europe and pit them against each other to see who is the absolute, unquestioned best team.

This year’s final pitted Manchester United against Ajax and ended in a 2-0 (or nil as they say via the Queen’s English) victory for Man U. The victory also means that Manchester United will return to the Champions League next season.

As one of European soccer’s most historic competitions, it was actually given a makeover in 2009. Until then, the UEFA Europa League was known as The UEFA Cup since it was launched prior to the 1971-72 season. It was done as a way to enhance the image and profile of European club football’s second club competition.

As ESPN continues to forcefully promote soccer content from leagues all over the world, it’s nice to know what the hell they are talking about. Hopefully this piece allowed you to immerse, and wet, your beak enough to be able to feign your way through a conversation on the topic should it ever arise.

US Soccer Captain Clint Dempsey On The Art Of Goal Scoring