It’s that time again when the year is coming to a close. We are all wrapped up in our gift giving, mounds of junk food, endless family gatherings, and holiday parties. Soon we will all be counting down from 10 to say “Happy New Year” with our friends, and family. We here at Sports Douchebags have an annual countdown tradition also.

This list of the Top 10 Douchebags of 2016 takes a look back on the year to celebrate all the Douchiness we’ve witnessed in the sports world. It’s easy to forget all the unwitting Douchiness we’ve all absorbed.

To clarify, this is a list for sports world related douchebags. I’m sure we all would put Hillary, Trump, Bernie, the DNC, the RNC, Russia, Wikileaks, whatever on your own personal list for 2016. This is sports world only, where we can bury our heads and forget about all that mess.

I know you’re all anxious to see this year’s winners, but first let’s pause to appreciate the past #1s who have fallen off the list in 2016.

Floyd Mayweather – 2015 – Has tried to stay in the spotlight as much as possible. His social media feud with Conor McGregor is more cute than douchy. Since he is retired he technically isn’t in the sports world any longer.

Johnathan Manziel – 2014 – Johnny Football topped our Top 10 Douchebags of 2014. Wish I could say he isn’t on the list because he is on the straight and narrow, but he is still a train wreck. Just technically not in sports anymore.

The moment you’ve all clicked on this link for. 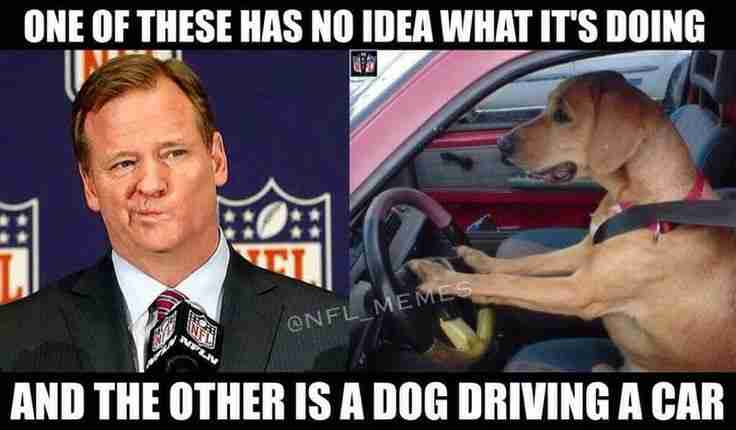 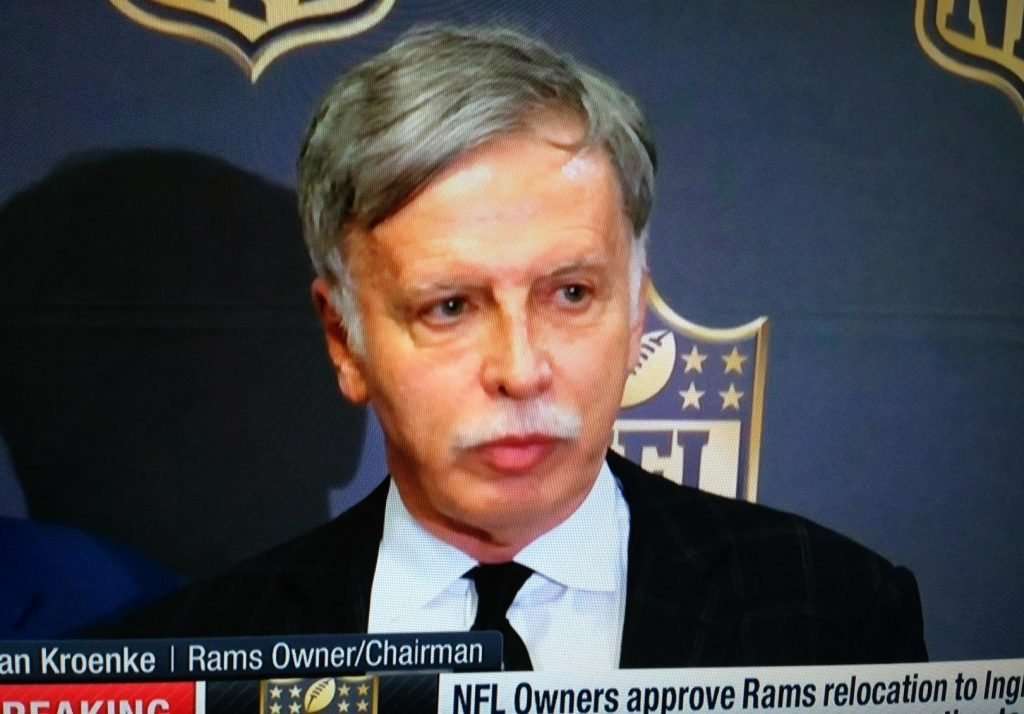 Every year some super rich, white guy, team owner makes the top 10. Kronke gets the honor in 2016. We all saw the writing on the wall. We know it was a smart business move. It’s just always a Douche Move, and he didn’t handle it the best either. (Related – Sports Dynasty Denied 00s Rams Vs. 90s Braves) 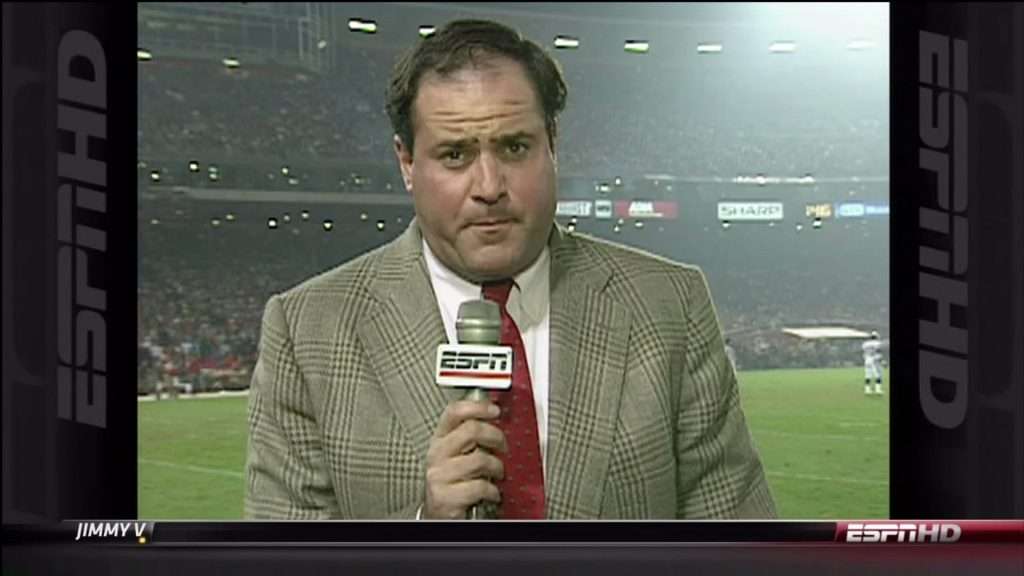 I really thought about separating out this group and giving them all their own top 10. From Bayliss, to Simmons. Stephen A Smith, to Jamelle Hill. Berman, to Rome, and Whitlock and his stupid hats. I’m sick of all of their opinions, and social activision BS. Report sports and leave the rest alone. Side note, networks please stop jamming sexy women masquerading as reporters down our throats. 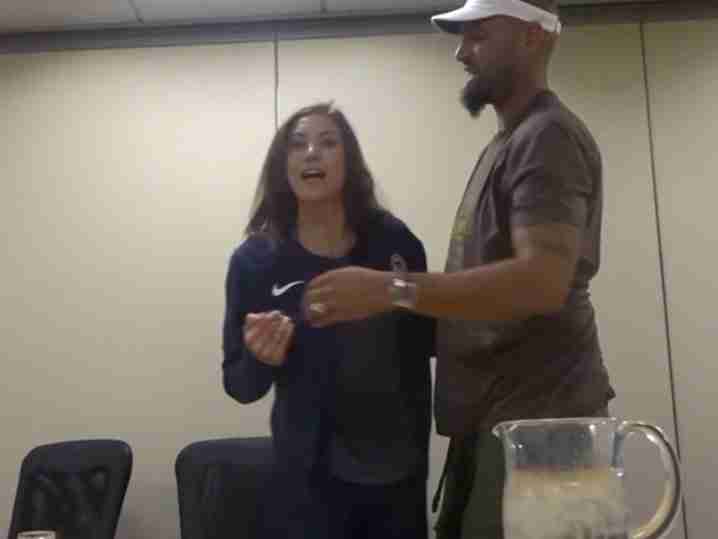 The face of women’s soccer, and the USWNT goalie in the 2016 Olympics. Hope showed her poor sportsmanship and true selfish attitude in full force. You just can’t be disrespectful when the world is watching. Way to go on becoming the first female to make the list. Sadly odds are she will be a 1 and done as she was replaced off the team, and won’t be in the media much in 2017. (Related Video – Hope Solo 100th Shutout)

Another Olympic champion for team USA, another embarrassment. I could include him on the list just for his haircut alone. Fortunately for us at SDB he gave us plenty of ammo the night he was “ahem” robbed at gunpoint in a gas station bathroom. Great story Ryan! 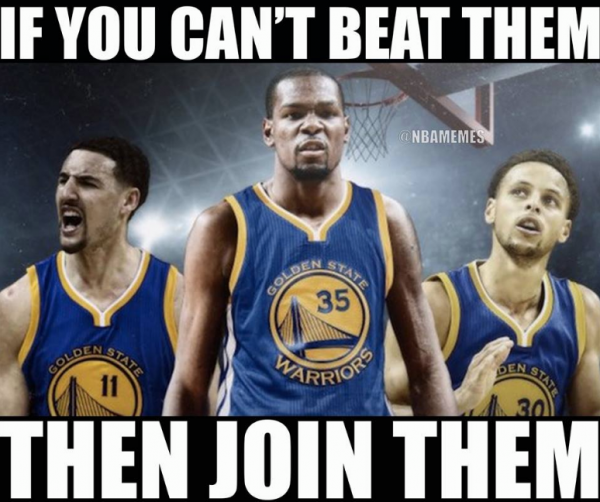 Maybe it’s just me? I just couldn’t imagine myself doing what he did. I’d rather work, and build a team ground up. He jumped ship, that alone isn’t bad players do it all the time. He jumped to the team that needed him least, in search of the path of least resistance to the finals. Punk move, or should I say Douche Move. (Related – 2016 Western Conference Preview)

Can this guy just STFU already? Like Lochte his hair is enough to make this list. Combine that with his “Me 1st attitude”, his “look at me” TD celebrations, and his ridiculous sideline antics with kicking nets. Seriously WTF is wrong with this guy? He should just play the game and STFU. I imagine Eli hates himself for every TD throw to him. Like “yes TD, oh no, ODB is celebrating” sigh. (Related – Can Odell Beckham Jr. Climb The Top 100 Ratings) 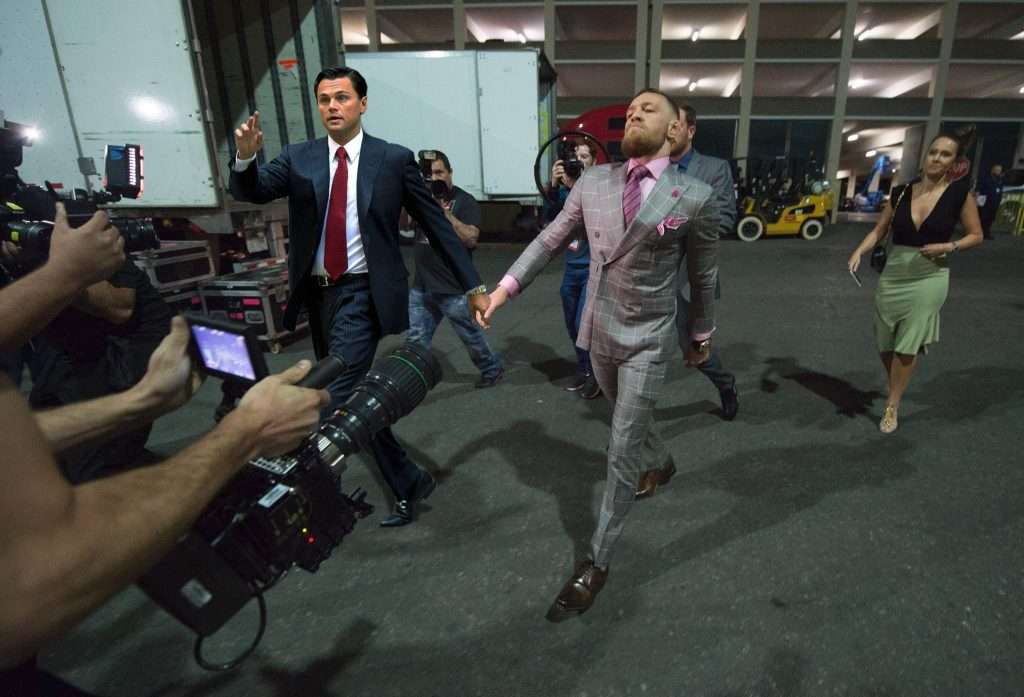 Conor filled the void that was left when Mayweather retired. His endless self promotion, and selfish squabbles with UFC about media gigs, and his BS social media call outs to Floyd are all lame. We see through you Conor, it’s all a soap opera. You wouldn’t win a boxing match against Floyd. It’s all a show, that makes you a D-Bag. (Related – The UFC Is Dead – Where The Fuck Is Don Frye?) 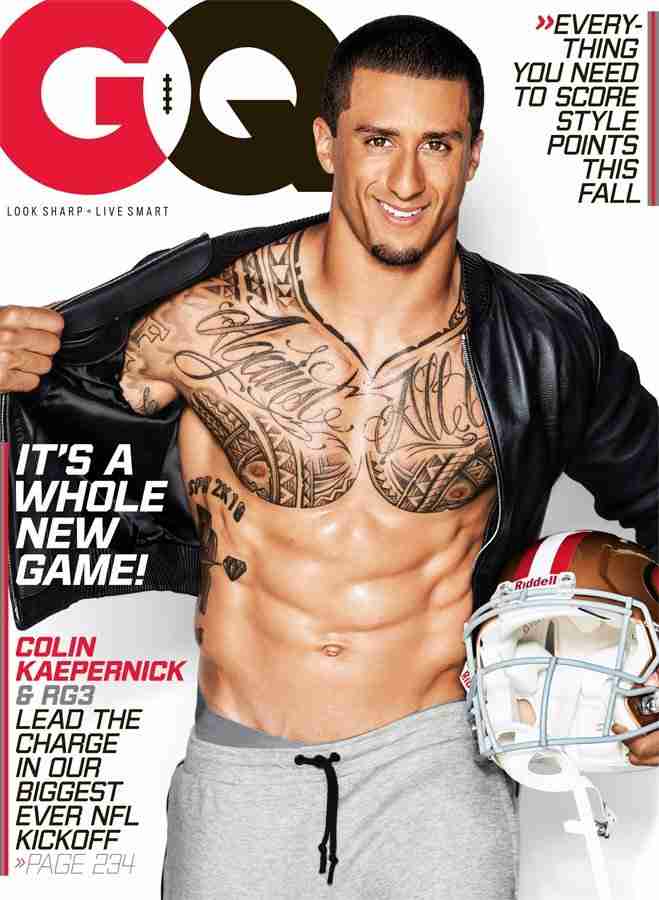 America’s enemy #1 in the sports world, comes in at #2 on our countdown. What a fall from GQ QB. This ass bag went from the bench and irrelevant to national news, and starting QB all in 2016. Kaep decided to take a knee during the anthem for a political statement. Good for him, we here at SDB support freedom of speech. I mean have you seen the things we write, and post on twitter? However this guy is a complete idiot how he went about it, and botched every opportunity after. (Related – When Colin Kaepernick Ruled The 2013 ESPYs)

Drumroll please, your Numero uno, #1, Top dog, Big Swinging D*** winner of Douchebag of the year award for 2016 is…

Douchebag Of The Year 2016: Cubs Fans 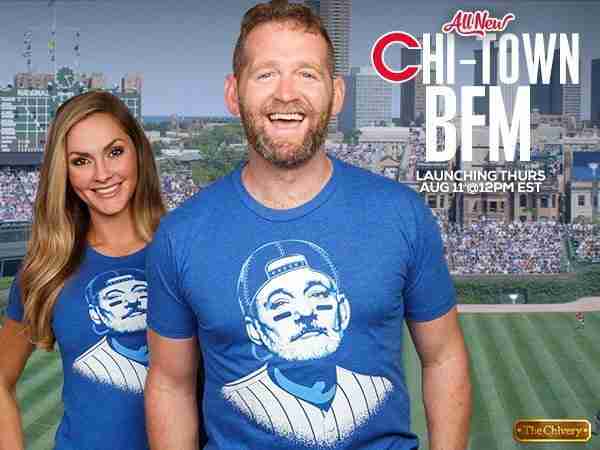 You have been the “loveable losers” for a century. Playing the “feel sorry for us”, “Curse BS” card for all those years was always douchey, but we all tolerated it because it was funny. Bartman was hilarious! We all know the Cubs fan base has some serious hardcore fans. I’m not talking about you all.

I’m referring to all the fair-weather, bandwagon, just “like there cute logo” fans. Not to mention all the freakin celebrities that came out of the woodwork to cash in on 15 min of social media publicity.

Speaking of social media, more people posted on FB about how “ Their Cubs” and how “WE” have waited so long for this. STFU and go back to bitching about politics and religion and leave the sports to the real Douchebags who watch them.

2016 has been a hell of a year. Thanks to all our readers here at Sports Douchebags for your support. We look forward to another douchey year in 2017. We all wish you all a Merry Christmas, Kwanza, Hanukkah, Holidays, or whatever you celebrate, and a Happy New Year!