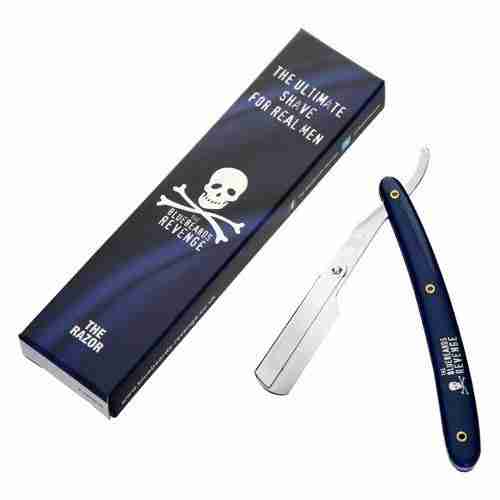 Going retro is cool and the straight razor is no different. Thanks to the most recent movie installment in the James Bond series, “Skyfall,” straight razors are popular again.

What I really liked about this razor was the weight. Having never used a straight razor/shavette (the difference being with a shavette you can replace the blades), I had always seen them as being rather bulky and hard to control.

The other important factor was the way the weight was balanced from one end of the razor to the other. Initially, I had my reservations about the plastic handle, thinking it would affect the quality of my shave somehow, but it didn’t. The head of the blade was solid and just heavy enough to not have to apply too much pressure to my face when dragging the razor across my skin. It also wasn’t so large that it was hard to control, coming in at 24 cm fully open.

There really is no better feeling than a shave from a straight razor. When I was younger, my favorite part of getting a haircut was the straight razor across the bottom of my neck to eliminate any neck hairs, but the state where I live made them illegal due to health concerns. I would seriously sign a waiver to get that feeling after a cut these days. But what’s even better than that is buying my own and doing it myself.

That was another issue I faced: price. My assumption was that any straight razor would have to be expensive to be effective as most luxury razors retail for anything from $60 to $300. But at just $9.99, the Bluebeards Revenge Cutthroat Shavette/Straight Razor disproved my assumption. You could spend more, but why? You certainly don’t need to.

Another thing worth noting is that switching the blades was a snap… literally. It was easy to open the head of the razor and insert a new one. There really is no reason to not add a straight razor to your shaving repertoire.

The Cutthroat Shavette from Bluebeards Revenge is available here and is a steal at just $9.99.