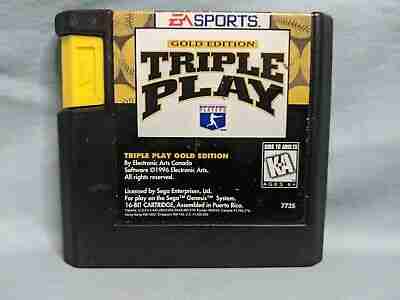 The unassisted triple play which has occurred 15 times in MLB history since 1900, is the rarest play in baseball for which there is a specific statistic and which is truly about a single play, and not the context in which the play occurred.

Here is a list of the rarest plays in baseball as a batter is that have actually occurred, each happening one time in the history of MLB(in no particular order):

Here are a few baseball hitting events that though rare, happen more frequently than I would’ve guessed:

Here is a list of the rarest plays in baseball as a pitcher is that have actually occurred, each happening one time in the history of MLB (in no particular order):

Here are a some popular baseball pitching events that though rare, happen more frequently than I would’ve guessed:

The rarest of rare plays, that I’m sure will never actually happen but would be amazing to see, would be one that can only happen under National League rules.

It would be where, in the bottom of the ninth, the home team pitcher hits a walk off home run to preserve his own perfect game, and in the process breaks up a bid for a perfect game by the opposing pitcher.

The “quadruple play” which someone else mentioned is pretty rare too, although probably not quite as unlikely.

As the other response mentioned, this would be a situation where a team turns what is already a triple play, but must record a “fourth out” to negate a run that would otherwise count.

BTW officially this would “only” be a triple play. Only three outs can officially be recorded. If a team records four outs, though, then only three outs will count, but the official “third out” will be whichever one is most advantageous to the team recording it.

Still a very, very rare play especially if in combination with a triple play.

However, it turns out that the antithesis of an unassisted triple play—three errors by one player on play—is even rarer, having occurred only once as far as I can tell in MLB history. Tommy John, pitching for the NY Yankees against the Milwaukee Brewers, achieved this “accomplishment” on July 27, 1988.

Ironically, apart from this one very bad play, John appears to have pitched a good game. He went eight strong innings for the win in a 16–3 blowout.

Two of the three Brewers’ runs occurred on the three-error play, although one of them became an earned run due to a subsequent single allowed by John.

A feat that has only occurred high school or college baseball, but has never happened in the major leagues, is hitting a home run cycle — solo shot, 2 run homer, 3 run homer, and grand slam.

That is, in addition to the aforementioned scenario,  if each pitcher had only thrown 27 pitches. It would require each batter to swing at first pitch and make an out. I think this is a scenario that is far more rare.

It’s incredible to think that somewhere in a professional baseball game today there is a really good chance that a player will accomplish some feat that has never or rarely been accomplished.

I think that’s a testament to what a terrifically complex game baseball can be. Not to mention every year during the playoffs and the World Series, there’s always an instance of a play or circumstance that rarely happens in DS/CS/WS.

Did you know that there is only one player that has played for every National and American League team? Can you name him? Give up?

2 thoughts on “What’s The Rarest Play In Baseball?”