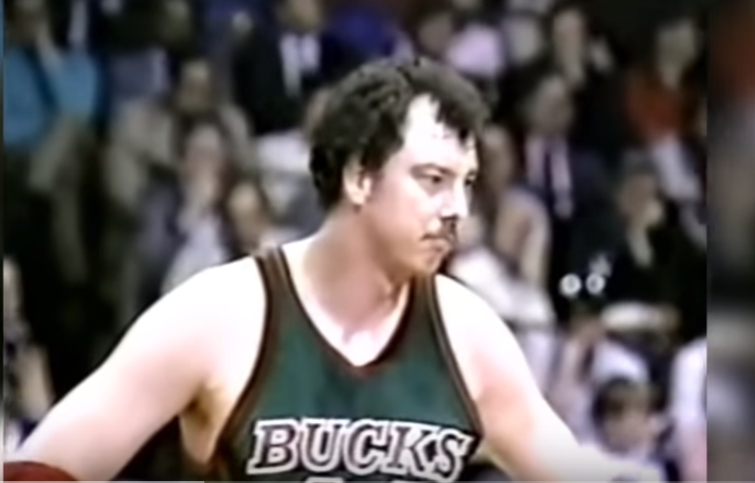 It’s always fun to watch a “stiff” get dunked on. Old school stiffs seemed somehow even more helpless, didn’t they?

Yesterday I purchased a VHS copy of “All New Dazzling Dunks And Basketball Bloopers” from a local thrift store for $1. Released in 1990, hours of my childhood were spent watching this “tape” hosted by Marv Albert and the hilariously stupid Frank Layden.

As I was watching it, I had a realization- certain “stiffs” kept getting dunked on over, and over.

So, what is a stiff? A tall guy who gets dunked on or posterized repeatedly by multiple dunkers, while offering little resistance, time and time again.

And sure, we all know about present day NBA stiffs, but who were the forerunners? Who popularized being a stiff?

Here is a top five breakdown of some of my favorite old school stiffs.

Eaton was a two time NBA defensive player of the year and still is the NBA’s all time leader in blocks in a season (456) and career blocks per game average (3.50) But what made Eaton a posterizing favorite was his hulking bulid and lack of a vertical leap. At 7-4 with a wingspan of about eight feet, dunking on him always looked cool. My favorite was this dunk by a young 6-1 Kevin Johnson.

He always looked so hapless, didn’t he? Arms flailing, head near the rim, paper thing and pasty as could be. Hapless is the perfect word to describe the 7-6 Bradley. For as big as he was, he lacked a mean streak which is why opposing players loved to challenge him at the rim. He wasn’t a horrible player, leading the league in blocks multiple times and was the first player in NBA history to record consecutive games of double-figure blocked shots twice in a single season. But he got dunked on A LOT. And, had an abnormally large head.

Bol lead the league in blocks twice and had an affinity for shooting three pointers making 43 of 205 career attempts. At 7-7 and roughly 200 pounds, Bol’s rail thin physique was constantly assaulted near the rim.

7-2, no vertical, rocking the crew cut. It used to be hilarious to watch Karl Malone yell at him mid-game for screwing up.

At 7-5, Nevitt was one of the first really big dudes/stiffs in the NBA. And he is still the tallest player to win an NBA title, winning one with the Lakers in 1985. And that mustache, oh that mustache.

Who is your favorite old school victim?