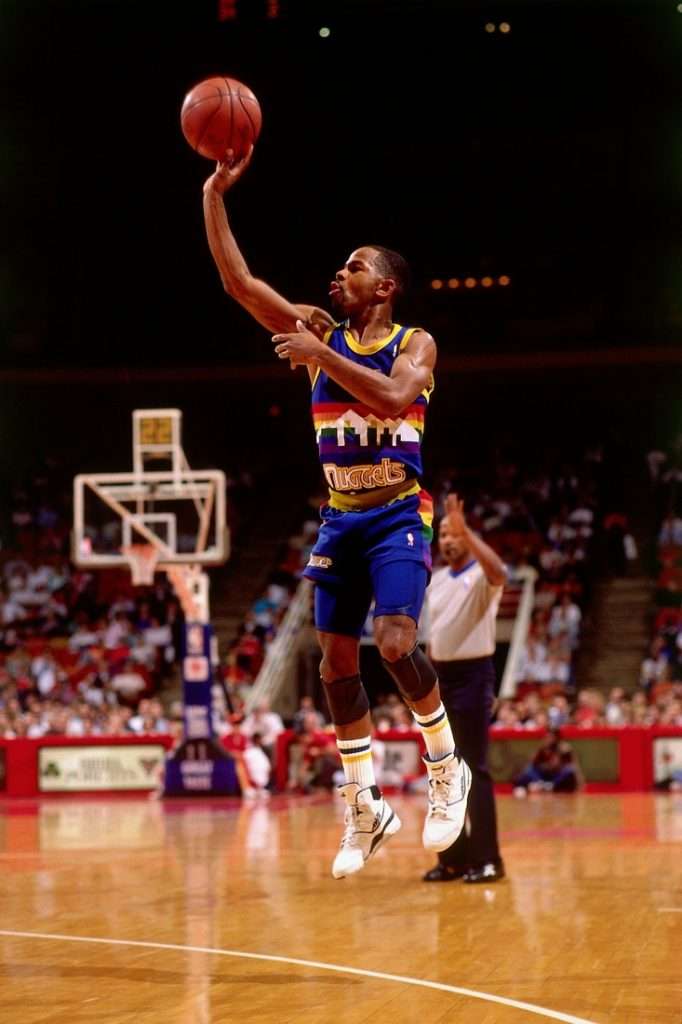 Trying to guard Adams was like trying to retrieve an iPod from a 5-year old at bedtime.

Ok, so he didn’t make all 79 in one game (which would smoke that dude from Grinnell College), but he did make at least one a game for 79 straight games.

Adams’ strange, floating “push shot” from deep was a singular occurrence in the late 80’s and early 90’s. Here’s this little guy around 5-10 with really high shorts on who was the smallest guy on the floor, but also the fastest.

The strange set shot was the fastest way he could get the ball out of his hands. He also shot his free throws from the extreme right side of the key. Check out this clip (and don’t forget to check out John Paxson’s sweet moustache at 0:08.)

Another reason he was so successful as a scorer was his ability to pass.

Adams was incredibly quick off the dribble, and you’d have to respect his range from everywhere on the floor which opened things up for his teammates.

Take a look at these highlights and tell me you don’t get all moist:

Is there a puddle under your computer chair? Duh.

Adams wasn’t afraid to chuck it, living his NBA life by the adage “You miss 100% of the shots you don’t take.”

Adams led the league in three point shots attempted for four straight years, leading the NBA in made threes in two of those years.

Was that sentence as hard to read as it was to write? If it was, that’s about what it was like to try and guard Michael Adams, SON.