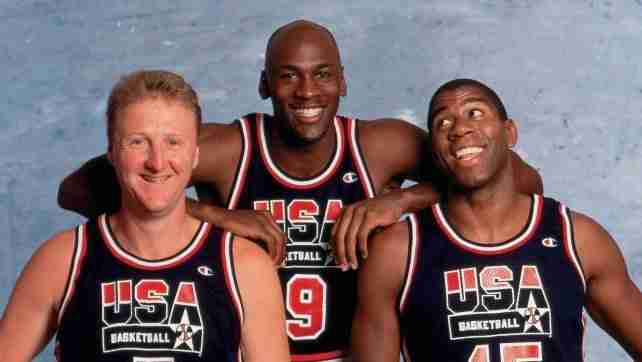 FIBA agreed in 1989 to allow professionals to compete in the 1992 Summer Olympics in Barcelona and USA Basketball asked the NBA to supply the players. The rest is history.

Everyone remembers the dominance Team USA displayed in the Olympics, but what a lot of people forget is how overwhelming the team was during Olympic qualifying in the Tournament of the Americas held in Portland, Oregon.

Look at the scores from the six games, all “W’s” for Team USA:

The average margin of victory was 51.5 ppg. The Americans scored 121.1 points a game, while shooting an 63.0 percent from the field and a blistering 43.8 percent on three point shots.

Seven of the 12 USA players averaged in double figure scoring (even though no player averaged more than 22 minutes per game), led by Charles Barkley with 16.3 ppg. who was followed by Karl Malone with 14.8, Chris Mullin with 14.3 and Clyde Drexler with 13.8. Michael Jordan scored 12.7 ppg. and both Patrick Ewing and David Robinson notched 11.8 ppg. Barkley also led the team in rebounds with 6.7 rpg.

After the Dream Team smoked Cuba by 79 in the first game of the tourney, Cuban head coach Miguel Calderon Gomez had a quote that summed up the experience, “You can’t cover the sun with your finger.”

The Dream Team won the tournament and ultimately dominated the 1992 Summer Olympics in similar fashion.