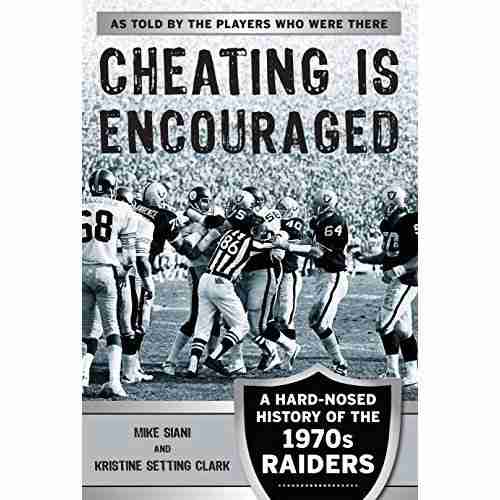 Mike Siani never fancied himself as a writer. Mike was a gifted athlete who starred at the collegiate level in both football and baseball while attending Villanova University.

The two-sport standout chose football and ensued on a journey unlike any other in professional sport. The Oakland Raiders of the 1970’s provided a backdrop for some of the most infamous moments in the history of sport along with some of the game’s greatest feats. A story that just had to be told.

“When Kristine Clark contacted me about writing a book, I asked one question: Why have you picked me out of all those characters and what are we gonna write about?” Siani recalled during a recent chat. “She said, I picked you because you were there, you were surrounded by all those players, you were in the locker room, you were in all of those famous games…. ‘The Immaculate Reception’, ‘The Sea of Hands’, ‘The Ghost to the Post’, ‘The Holy Roller and I said, Yeah, I was in all those games.” And with that, “Cheating is Encouraged: A Hard-Nosed History of the 1970’s Raiders” was born. 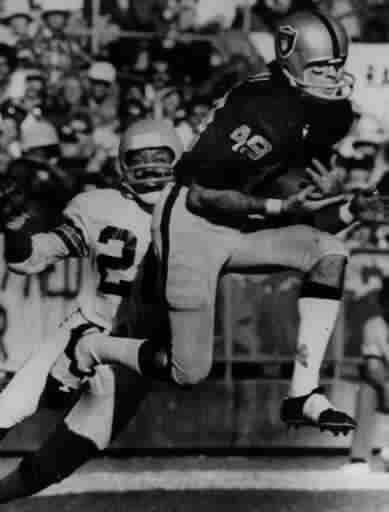 Many books have been written about the team’s place in history, with a myriad of Hall of Fame members, penning their memoirs. Mike’s story revolves around the atmosphere itself, a 3rd person account of the inner workings of the renegades of pro football. “I wanted to give insight into what goes on in training camp, what goes on in the locker room, what happened pregame, after the game and off the field.”

“It was a different time, it was a different scenario, we played for the love of the game, we were part of a team, part of a city.” Siani remembers as he recalls the simple rules of Hall of Fame head coach, John Madden. “You showed up at 1:00 (game time), played your ass off and won. If I had four passed thrown at me, I’d better damn well catch them!” Or the simple request of his Hall of Fame boss, “As we walked out of the tunnel, Al would greet each player and simply say….just win baby.”

The book covers the whole of the 1970’s, breaking down classic moments in stunning detail. Game recaps, player bios and stories that will make you yearn for the glory days echo the battle cries of a bygone era. “You go out on Sunday and kick some ass with your teammates, then you go out on Sunday night and party with them, we played hard and partied hard, the harder we played, the harder we partied.”

A great read by any measure, “Cheating is Encouraged” is must reading for any Raider fan and an intriguing glance into the original bad boys of professional sports. A look that pulls no punches. Hanging out with the misfit castoffs of the sport, kegs of beer in the dorm during camp, bar room brawls and displays of athletic excellence that will be forever remembered.

“This is me, these are my teammates, we are the Oakland Raiders and its us against the world.”

For more information on the book, check out the Amazon page.