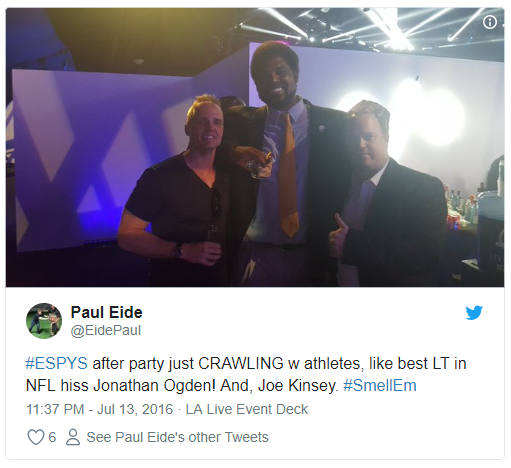 In the first 15 minutes at the official after party of the 2016 ESPYS, I shook Richard Sherman’s hand, met former Lakers’ player/coach Byron Scott and told him he got a raw deal after his recent firing, and got a selfie with former Detroit Pistons “Bad Boy” John Salley. “The Spider’s” body was MADE for selfies: … Read more