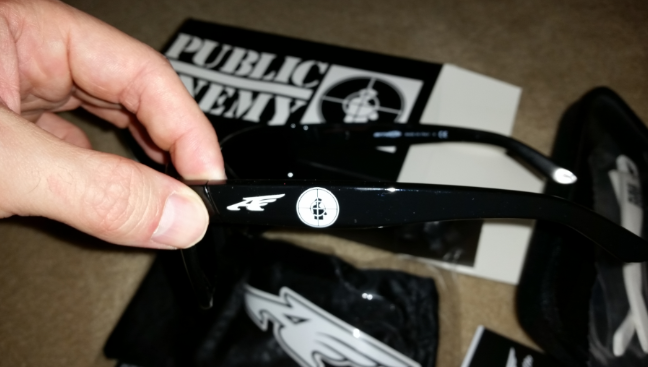 What I didn’t realize while it was happening in the 1980s and 90s, and even up until this year, was how successfully Public Enemy branded themselves in an era when “branding” wasn’t a buzzword or something that everyone was trying to build, bereft of skill as they may be.

Even today, if you blast Public Enemy in your office at what is considered more than a reasonable volume, it will likely be received as a “statement” of some kind, just like when you hear a commercial for the latest U2 album and know there must be a new Apple product out.

The Public Enemy logo, a silhouette of a b-boy in the crosshairs of a gun sight, stood on its own merit independent of the group and became a defiant fashion statement against oppression (perceived or real), e.g. Edward Furlong as antagonist John Connor in “Terminator 2: Judgment Day,” who wears a PE shirt for the entirety of the movie.