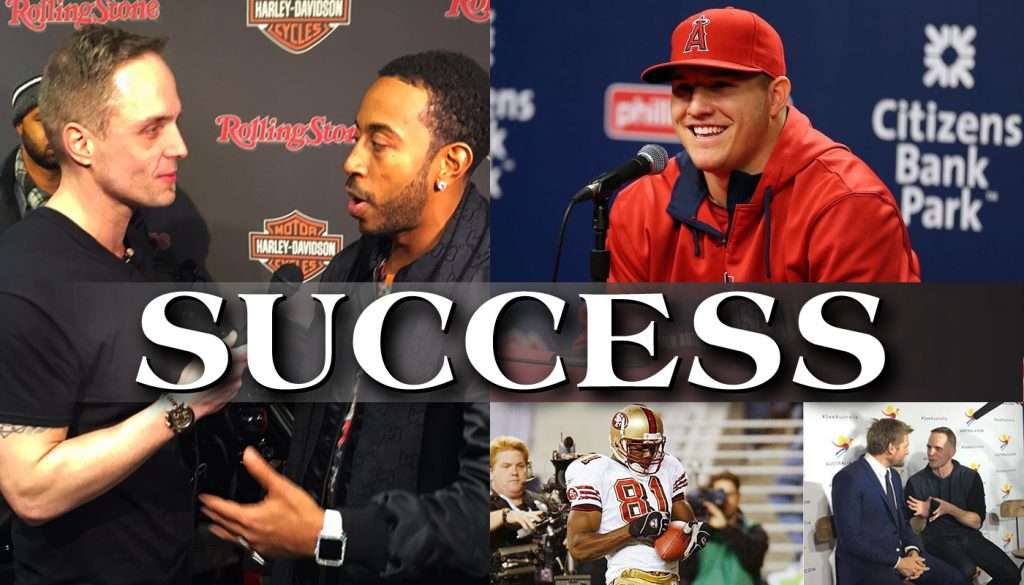 There was one question I asked each person: “What was the key to your success?”

Regardless of their field each person had the same two elements present in everyscenario – hard work and luck.

“Luck is what happens when preparation meets opportunity.”

Ludacris started out as an intern at Atlanta’s Hot 97.5 and eventually worked his way to be on-air talent as a DJ. In 2000, he dropped his classic album Southern Hospitality and it blew up. In our interview he talked about being successful and the importance of confidence.

But the real takeaway is what he said limits most people from being successful:

“People have to continue to understand it’s not about themselves — that it’s about something bigger. It’s about being in touch with your higher self and there’s no room for ego whatsoever, whenever you’re talking about stuff like that.”

Terrell Owens was raised by his grandmother who forbade him to play sports in high school. Once he did get on the field, the only college that recruited him was the University of Tennessee at Chattanooga.

“You can accomplish anything – there’s really nothing impossible,” Owens told me. “In high school I was skinny, scrawny, and around athletes who were far superior to me, but I had what I call the Three D’s…desire, dedication, and discipline. Those allowed me to get where I am today.”

Curtis Stone got his shot because he was offered a free flight from Australia to America to film a pilot episode for a then unknown show called Take Home Chef.

“I came here by accident. I was working in London and somebody asked me to do a show called Take Home Chef. And I was planning on having my 30th birthday in Las Vegas. They said they’d fly me over, so then I’d go to Vegas and have the party. The single pilot we recorded turned into 140 episodes. I think the best things in life happen by accident if you work hard. And I worked really hard. Nothing is by chance.” 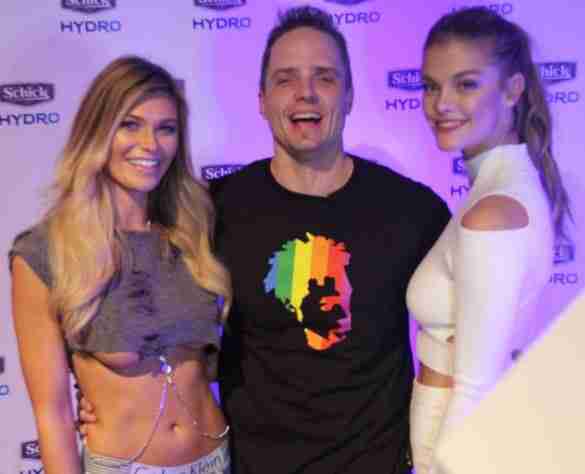 “I applied to be a model online. And that worked out. But prior to that, I studied modeling and acting in school. I became a Guess model which was always my dream. My second dream was to be a Sports Illustrated model, and three months later I was shooting on location. I still pinch myself every day.”

The two other most common themes in each interview were the presence of fear and doubt. The idea that achievement or success eliminates one or both is inaccurate.

The real key, as actor Donald Faison told me, is making them work for you.

So what does this mean for you?

Whatever you want to do in life, whatever goal you have, start doing it now. You’re either actively working towards something, or you’re not – it’s very simple.

The people at the highest levels, with the help of some luck, have earned their right to be there. And, continue working once they arrive.

– Young, Rich & At The Top Of His Profession – Baseball MVP Mike Trout Shares His Secrets

– Terrell Owens on Hall of Fame, HGH use, being #BolderThanBold

– Chef Curtis Stone On Success, Good Luck, And Why You Should Visit Australia

– Andrew Comrie-Picard: The Actual Most Interesting Man In The World

– Scrubs Star Donald Faison Opens Up About The Fear Of Failure

– A Life In NASCAR: Kyle Petty On Growing Up With Racing Icons, His First Race Experience, And His Ponytail

– CONSUME Or Be Consumed: Hal Hefner Wants This Interview To Wake You Up

Is Salvador Perez The 2021 AL MVP? Frank Thomas Weighs In