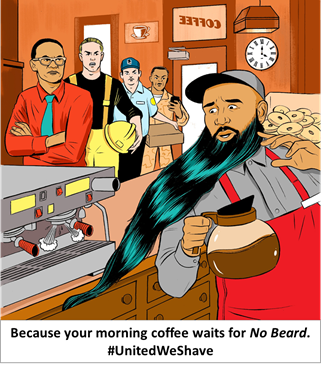 For its latest campaign, Schick has taken a direct position against hipster douchebags. And I say it’s high time.

Society has embraced these wayward idiots in tight pants with ironic tattoos, such as a flying toaster or a piece of pizza. 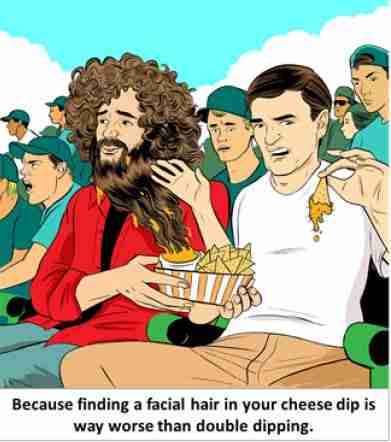 But now, Schick has positioned itself as a hipster predator. No, not this guy, but the thought of the original Predator hunting down hipster doofuses in major metropolitan areas the way he hunted down Danny Glover in Predator 2, does get me a little excited.

The #UnitedWeShave campaign has very simple message – summer is better beardless. And not only is summer better sans beard, but so is America, which is why Schick is recruiting you to “Help Shave the Nation.” Schick also partnered with illustrator Alex Fine (whose illustrations pepper this article) to remind men of the dangers of celebrating summer with a full beard.

#UnitedWeShave celebrates shaving, urging guys to buck beards and liberate their jawlines. Check out the film:

The campaign is so badass, it would be easy to forget how effective the Schick Quattro Titanium is as a razor.

The Quattro features four titanium-coated blades that stay sharp to reduce irritation. A conditioning strip formulated with Aloe and Jojoba helps provide a smooth shave, and coats your skin immediately after you shave your chosen area.

With both the four blade setup and the edging blade, the Quattro ensures that you only need to go over an area once.

The Quattro feels solid in your hand. It is perfectly weighted and was ergonomically crafted for you to eliminate your current beard and the ghosts of that chinstrap beard you rocked in the late 90’s.

To put the Quattro to the test, I shaved with it at three different stages of growth – a week, three days, and one day.

My initial use of the Quattro came on the seventh day without a shave; dangerously close to Beard Country. I lathered myself in Schick Sensitive Shave Gel and had at it. And it wasn’t painful at all, which normally isn’t the case, particularly around my upper lip area. There were also no nicks or scratches.

Three days of growth was no match for the Quattro. It sliced through my unwanted whiskers like the blade of Ted Nugent’s buck knife through the throat of a mortally wounded deer.

One day of growth was actually pleasurable and made me feel energized. And even though I wasn’t hurrying through my shave, the process was swift and clean.

Check out four blades of awesome righteousness at schick.com and discover a jawline so sharp it can only be handled with oven mitts.

Show your support via #UnitedWeShave.