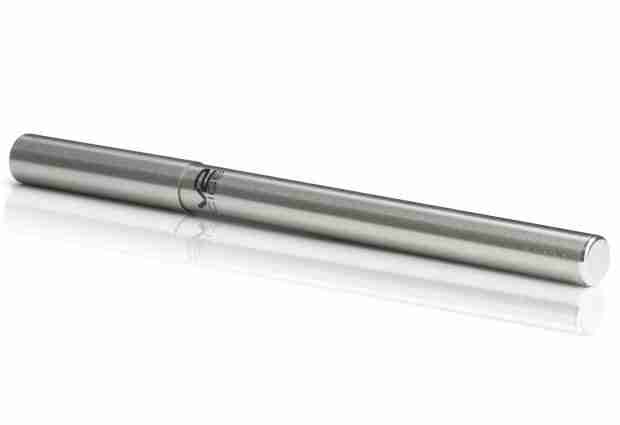 When I opened my Starter Kit from V2 Cigs, I wandered in wide-eyed and with no idea what to expect. While the e-cig market has recently exploded, the only prior experience I had with them was ribbing a buddy who totes his e-cig carrying case and essentials every time he leaves the house.

As a casual cigarette smoker, I never understood why a person would smoke an e-cigarette, rather than just fire up a smoke. But after using the V2, there are several obvious benefits that challenged my perception.

The first series of benefits of V2 Cigs are that they tar-free, carbon monoxide-free and ash-free.

The second set pertains to social stigma and ease of use. Nobody wants to be the “ash-hole” with cigarette holes in your clothes, getting ashes from your cigarettes all over the place. And if you want to smoke in public, you don’t want to be judged or blow smoke all over your friends in a public setting.

With V2 Cigs, there is no odor that lingers, thanks to the incredible vapor production. Additionally, there are no nasty cigarette butts to dispose of, no danger of starting a fire and you don’t have to carry a lighter to smoke.

Here’s how V2 Cigs work: The main body of the V2 electronic cigarette is a smooth-looking 4.2 lithium-ion battery. Located at the tip of the battery is a series of five LED nodes that light up when you inhale. The V2 disposable atomized cartridges store the flavor and liquid nicotine solution, and screw directly into the V2 battery.

The cartridges come in five nicotine strengths: 2.4%, 1.8%, 1.2%, 0.6% and zero. Each flavor cartridges are designed to be equivalent to one pack of 20 conventional cigarettes, and provide up to 250 mouthfuls of vapor. There are six flavors to choose from: V2 Red, Sahara, Congress, Menthol, Peppermint and Mint Tea.

As you smoke, you can gauge how much battery life your V2 has left thanks to the LED nodes, which light up with ever puff. The V2 Cig Charger plugs into computers via the USB adapter, which can also be plugged into a regular wall adapter.

How does smoking with a V2 Cig compare to a tobacco cigarette? Surprisingly, it’s a smoother incarnation of an actual cigarette. There is no residual odor due to the vapors, which makes a bigger difference than I anticipated. You don’t have to plan your wardrobe or smoking times around being the “smoker guy” in office who smells like smoke, cologne or a mix of both.

I tried the nicotine strength of 2.4% in both the V2 Red and Menthol flavors and was amazed at the taste and the sensation of smoking. Upon exhale, it really tastes and feels like an actual cigarette, without the mess.

The cartridges retail for around two dollars a piece, and considering you get roughly 20 cigarettes worth of vapor in each, it’s cheaper than a pack of cigarettes. The V2 Kits range in price from $34.95 to $149.95 based on accessories and the products you select.

V2 Cigs are more economical, less messy and easier to use than a traditional cigarette. Each order includes a 30-day money back guarantee and free shipping on domestic orders.