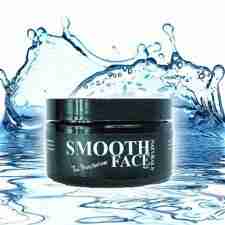 You’re a man now. And since you’re a man, your use of Noxzema should’ve gone the way of Teen Lines, Debbie Gibson and friendship bracelets… 20 years ago.

Don’t know what to use to moisturize that dried out piece of roast beef that looks like it’s seen the rise and fall of a million suns, AKA your face skin?  Well, dummy, it’s not hard to figure out. If my neighbor Bill can figure it out, that means you can too.

Bill is a man’s man. He operates a crane for a commercial construction company. Sometimes he has to sit in the crane for so long, hundreds of feet in the air, that he has to bring an empty bottle to piss in because once he’s up there, he’s fuckin up there. This is a man we’re talking about here, guys, not dudes like you or I — a fuckin MAN.

So, the other day, I’m leaning on my chain-link fence between our yards, talking to Bill and we’re smoking, and he says to me, “Paul, in less than a year I’m gonna be 60 years old. Can you believe that?”

Bill seriously looks 40, tops. You would never guess that shit.

“Oh yeah buddy, I could easily be your dad,” he says. “But that’s not my point. My point is this: you wanna age gracefully, you gotta use moisturizer. Paul, I wouldn’t shit you.”

Bill casually put out his cigarette with two fingers and flicked it into the street.

“So, that means as you get older, you’ve got to start using moisturizer. A lotta guys don’t figure that out until it’s too late.”

“Whoa,” I said, flummoxed at all the new data entering my brain, synapses firing away. “I have been such a fool.”

With that, Bill hopped on his Harley and sped off into the crisp, clean, early Saturday night evening air.

The next day, I checked the mail and a small package arrived from Smooth Naturals. And guess what was in the package? MOISTURIZER.

The mentholated smell in said moisturizer from Smooth Naturals was outstanding, almost as good as a menthol cigarette at dawn. I didn’t know whether to smoke it or apply it to my face.

After I applied it to my skin, the tingly sensation of a billion tiny menthol fingers cascaded across my face and sent a chill down my spine.

For more information, check out the Smooth Naturals Facebook page.