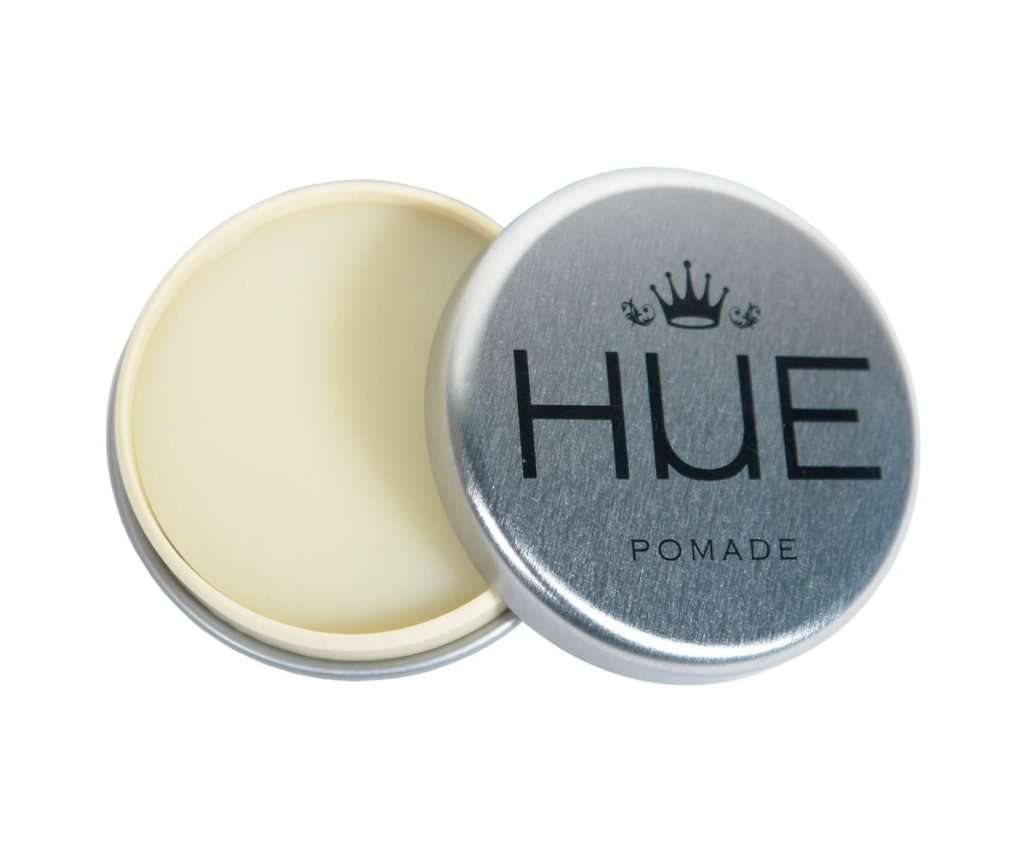 Did you know that pomade was developed in the 19th century and was originally made of bear fat? Into the 20th century, the most common ingredients featured lard, beeswax and petroleum jelly.

Pomade in its original form was as natural as any hair product in history. But as styles changed, so did the demands expected of pomade, which caused heavier, less natural incarnations to be developed.

Royal Crown Hair Dressing and Murray’s Pomade are examples of pomade born out of this development and period in history. The effect of those products was the slick, greased back look popular in the 1950s and was heavily dependent on petroleum jelly, its main ingredient.

The word pomade is from the French word “pommade,” which means “ointment,” and derived from the Latin word “pomum,” which meant “apple.” The original recipe for pomade featured apples, which explains the consistency and feel that men have come to expect over time, though it has also become less organic.

The pomade from HUE is a return to the original style of pomade, because it has a natural feel and consistency.

In terms of texture, it felt more like cocoa butter than any regular pomade. This isn’t the kind of pomade with super-sticking holding power that will last for a week after one application. There is no silicone or petroleum in this product, which means it isn’t as stringent or hard as what we have come to expect from pomade.

The scent is also a return to form. While there isn’t much of a scent, what can be detected has a fruity, almost citrus smell.

When first applying HUE, I used only a dab, which is what I would use with a standard pomade. As a result, the holding power was limited. So when I applied more the next day, I doubled the amount and it gave me the hold I was looking for.

By the end of the day, my hair wasn’t  frozen in the same position it was roughly nine hours earlier. I could run my fingers through it at any point and it felt light and free.

Since HUE is so light and malleable, it can be used by men with any type of hair (coarse, thin, thick, etc.) regardless of their ethnicity. With products, and in particular pomade, that are naturally derived, free of silicon and free of petroleum. Hue offers hair care options “for every man.”

Check out the pomade and full line of products from HUE at www.hueforeveryman.com