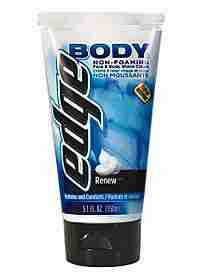 Imagine how hard it would be to shave with one eye.

I had never thought of this before, until I was at the grocery store this weekend, trying to procure some Spaghetti Os in the pasta aisle.

So there I was, weighing the pros and cons of the Mini Ravioli versus the standard, old school Spaghetti Os. Caloric intake was a dead heat, as was cost.

Then, out of nowhere, I heard a gruff voice say, “Get the ravioli, trust me.” I turned around to see where the voice had come from, and before me stood a short, scruffy old man wearing an eyepatch. It sort of caught me off guard, his voice more than the eyepatch, and all I could think to say was, “Why?””

“Because, spaghetti is really hard to maintain enough to eat when you only have one eye.”

“But I have two eyes, does that really apply?”

“Nobody likes a braggart, son.”

Then I noticed the side of his face that contained the blind eye (i.e. the “blind side” if you will) was almost completely unshaven, while the other side, the seeing eye side, was crisply maintained. Applying this logic, the situation became obvious — he couldn’t shave that side because he lacked the depth perception.

My theory was confirmed a moment later when he picked up a can of Beefaroni and held it up to the sky, attempting to read the nutritional value but couldn’t, because he was evidently farsighted as well, in his single, gleaming, pearl of an eye.

I tried not to stare, but the eyepatch was so badass that I couldn’t help myself. It reminded me of that “Seinfeld” episode where Kramer wore an eyepatch for purely aesthetic purposes.

“A little help here son, how many calories from fat are in this?”

He put the Beefaroni in his hand cart and suddenly said, “Do you have any idea how hard it is to shave with one eye?” Which was weird because we were still in the Beefaroni aisle.

“Slowly, to be sure,” he said. “But I also use this badass shit that you should try out. I helped you out with the Mini Ravioli, let me help you with this.”

I didn’t have anywhere to be, so I followed him to another aisle. Plus, it felt cool to be associated with a guy wearing an eyepatch in public.

We got to the aisle that contained men’s shaving products. He quickly grabbed and then proffered a tube of shaving cream towards me.

I looked down and it was a tube of Edge Body Renew Face & Body Cream.

“It’s also non-foaming, which is important for me so I can see where I’m shaving. Wouldn’t want to nip my nose and have a prosthetic one of those as well!”

“What’s so great about this particular shaving cream?” I asked.

“Well, it offers advanced skin protection and hydration for a close, comfortable shave. This non-foaming, moisture-enriched formula with antioxidants and vitamins, helps renew skin’s natural moisture and keep skin feeling smooth and comfortable long after the shave. And, it’s less than $5, which is essentially two cans of Beefaroni.”

It had never occurred to me to use Beefaroni as the new standard in currency. But once I did, I loved it.

“How many cans of Beefaroni is this worth?” I asked, as I collected a nearby can of Edge Clean & Refreshing Shave Gel.

“How about this four-pound brisket?”

“And this bottle of Canadian Club whiskey?”

“Eight, and worth every damn noodle, to be sure.”

My mind was blown. I thanked the man for his time, insight and general wherewithal, collected a tube of Edge Body Renew Face & Body Shave Cream, and proceeded to check out.

As I sit here, my skin feels awesome, thanks to the clean shave and smooth moves of the Edge Body Renew Face & Body Shave Cream. I wouldn’t lie to you.