Casey Calvert On Getting Hit On

“I get hit on and cat-called like any regular girl but not in a way you would think. I very, very rarely encounter someone who is like, ‘Oh I know who this is – that’s Casey Calvert.’

So now they just told this random girl that they love watching her take it up the butt – that could get a little awkward.

I almost think tongue kissing someone. Kissing is absurdly intimate to me. I don’t quite know why. But really making out with someone is way more intimate than fucking someone, that’s for sure.

I do go on dates. But I’m a weirdo with relationships and stuff, but I do like to go out. I had a really awesome date last night, with a really amazing person. So I’m trying to navigate my dating life.

This person got a hotel, and we met in Hollywood. There was a rooftop restaurant so we watched the sunset. And this person was new to LA so we did some bar-hopping, here in my neighborhood, Hollywood.

I’m not the kind of person you have to take me out for $100 dinner and then this, this, this…But I like going to museums and gallery openings and movies. I’m kind of low-key. The person has to be unique to catch my interests, for sure.

We went back to the hotel, we were nice and buzzed — we had the buzzed sex last night. And we just went at it. We started on the bed and then I noticed one of the walls had a mirror – I love to watch myself having sex. So we finished it off there.

To me, sex is part of connecting with someone. I don’t see the point of dating someone for however long, x amount of days, or weeks, or months, and not know if we connect sexually. Because if we don’t, I cannot continue on.”

How frequently do you get hit on in day-to-day life?

I like the cheesy, funny pick up lines – it’s cute. And they’re at least trying, I’ve got to give them an A for effort.

I feel like some men just don’t have game. They don’t know how to hit on a woman. It’s worse if they know what I do for a living; they hit on me in very weird, random ways.

What kind of a lover do you think Odell Beckham is?

“Ah, that’s a tough one. I think he could, go both ways in a sense. You see how passionate he is with football. If I would’ve caught him after a loss, he might’ve angry fucked me – he might of put a hurtin’ on my ass.

But after a huge home game, the win against the Cowboys, he would’ve been a lover to me. I’ll take it whatever way he’s got it though.

A lot of guys do try and their hands are shaking while they are trying to take a picture. It’s cute.

How often do guys hit on you in real life?

Quite a bit. I think it’s cool. Whatever. I do a lot of tailgating at Oklahoma Sooners football games everybody’s quick to offer me a drink. I’m a big tom boy – a lot of my friends are dudes.

Would you ever date a regular guy or do you only date guys in the industry?

“I have only dated one guy that was in the industry that I was in. I actually kind of tried to say away from that.

Honestly, I’ve dated normal guys. I don’t need a big fancy actor, or musician. I mean, I’ve dated them all. So don’t get me wrong.

But most of the guys I’ve dated are just normal guys. Like, guys that I could kick it with as a homie.”

Aiden Starr – How often do guys or girls hit on you?

Would you be able to date someone who is not in the business?

I currently am dating someone who is not in pornography.

The first time you got together physically, was your first move to really go in hard? Or, were you like, “I like this guy.”

Yeah, I went in and he was not happy. But it gradually progressed.

The weird thing is, is that I was like, “Let’s just go fuck – let’s go back to your house and I’ll fuck you then I’ll leave.” And, they you know, love me.

But there’s a line of people that want to fuck me and this person wants to love me, and that’s just really cute.

After you orgasm and the guy leaves, what’s the first thing you do? Do you get on your phone and check email? Watch Sportscenter? What do you do?

I’m sexually voracious. So typically after I am finally done, I am a huge Game of Thrones nerd. Like a Reddit sublevel, it’s on in the background as I am talking to you right now, I’ve analyzed and have theories, type of nerd. So typically I am going to watch cat videos and Game of Thrones after I’m done fucking. 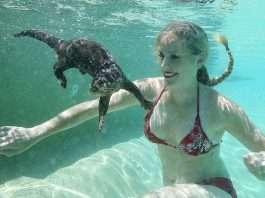 Moksha Bybee From Tiger King Is A Hot Babe 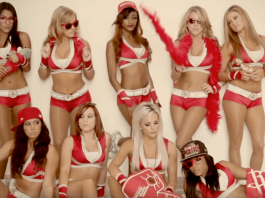 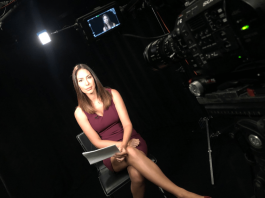 How To Approach A Hot Babe – Interview With Melissa McCarty 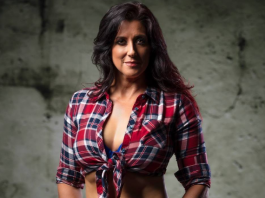 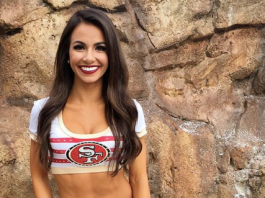