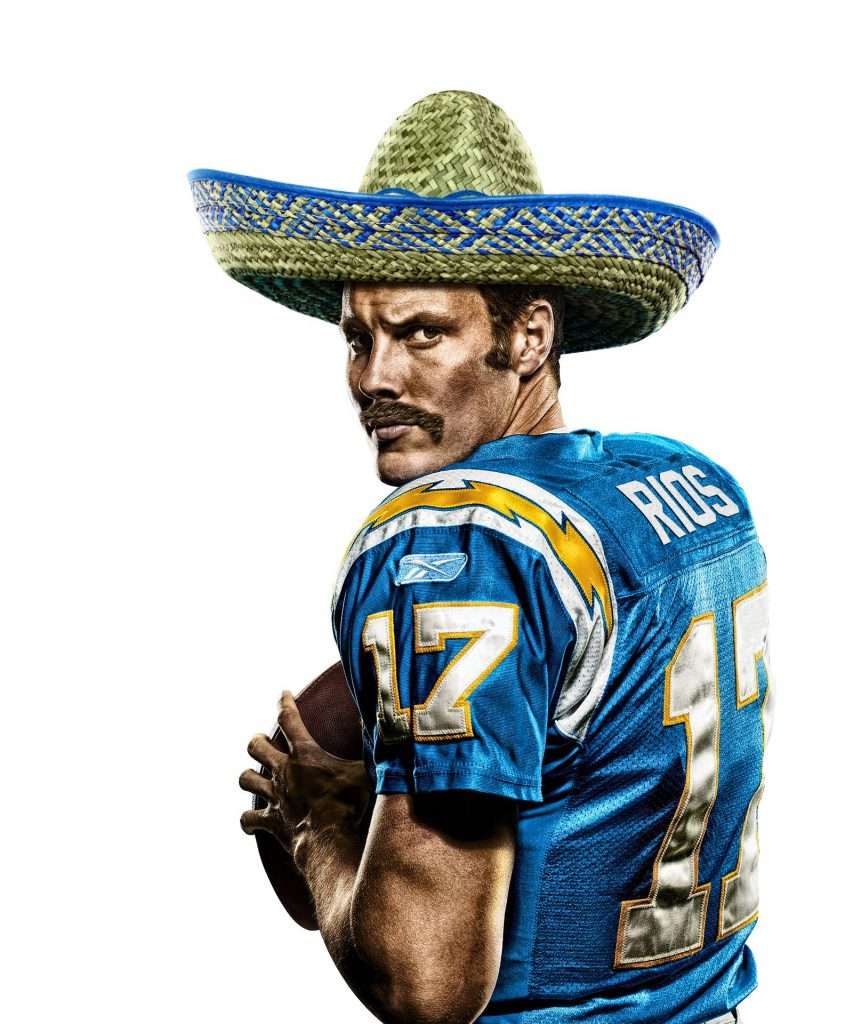 This past weekend at a cookout, a 7-year-old I had never met came up to me, with no provocation, and said, “if you can’t grow a beard, you’re not a man.”

This kid had no idea that earlier in the day, I spoke to San Diego Chargers quarterback Phillip Rivers about the exact topic of being unable to grow a beard.

Related: Philip Rivers on His Kids, ACL Tear, And “Cheaper By The Dozen” Lifestyle

So I said to this kid, “Does that mean Philip Rivers isn’t a man? He’s averaged 28 passing TUDs per season in ten years as a starting quarterback. He led the Chargers to a playoff victory on a torn ACL. He’s been to the Pro Bowl five times. And he can’t grow a beard.”

Philip Rivers can’t grow a beard and it’s something he’s come to accept.

“So many guys on the team have one. I always try every year, but then by like November, it gets so bad. It just looks terrible,” said Rivers.

“I try to convince myself it looks pretty good, but then after about 10 ½ weeks I just give up.”

Even though a beard is out of the question, he still has to shave. Which is why he teamed up with Gillette Shave Club. Coincidentally, safety Eric Weddle and his ridiculous beard left at about the same time Rivers partnered with Gillette.

“Yep, he’s gone now or it would’ve been easy,” said Rivers when I asked him to name his worst-groomed teammate.

“I was going to say Mike Windt. He’s a long snapper and he’s got a big scruffy beard. Then we signed Matt Slauson, he’s an offensive lineman that has a pretty big beard too. It kind of goes with the bald head he’s got. He could use the Gillette Shave Club for his head, and then grow out his face.”

If Rivers had any choice in the matter, he knows exactly what kind of facial hair he’d grow.

“I think it would just be a really solid moustache. Google ‘Felipe Rios,’ which would be my name in Spanish. There is a moustache that comes up that I wish I could have. And I can’t do it, but it would be so solid.”

Like a person who has lost the use of one of their five senses, and the other four become more amplified, not having a beard has made Rivers more aware of the facial hair around him.

“The number one grooming mistake I see in the locker room is the overuse of hair product. Some guys tend to get carried away with the product in their hair. And the most annoying style of facial hair I see, and I’m sort of amazed is still in use, is the old chinstrap beard – the real thin one that wraps from ear to ear. That just bothers me.”

After beating around the bush long enough, I asked the question I had been putting off – does Philip Rivers manscape?

“Oh come on Paul! I have to leave something to the imagination! What do you think Von Miller (Denver Broncos linebacker) would say to me at the line of scrimmage if he knew? It’s definitely personal preference. I’m thankful, because I’m not real hairy in general. So, it works out good for me. I don’t see any problem with it at all. Or, why you wouldn’t.”