3 Reasons Why NBA Super Teams are Good for the Association

With the NBA season now past the halfway point as the NBA trade deadline quickly approaches, GM’s across the league are gearing up for the moves to come. Some of them with hopelessly optimistic views of their teams, trying to gain whatever immediate talent to make a playoff run and buy them a little extra real estate with their owners and fan bases. Others are looking long term, trying to land that huge deal, that makes the Disney/Fox merger look like child’s play.

With that, comes increased rumblings about the biggest domino that could fall, Anthony Davis. It wouldn’t be an understatement to say whatever team gets Anthony Davis will immediately become a super team. Because of that, many GM’s might make “snap” decisions to land Davis, even if that means wiping out half of NBA team’s chance to win a NBA title.

Now, the devil’s advocate out there will say that Davis is under contract until next season, and that it doesn’t make sense for the Pelicans to trade him away now. At least not until he refuses the super max deal they can offer him this summer, which is true. However, given the hype so far removed from Davis’s free agency, it just shows how much fans and viewers alike, crave the prospect of another super team. One that could dethrone the Warriors and change the landscape of the league for the next five years. 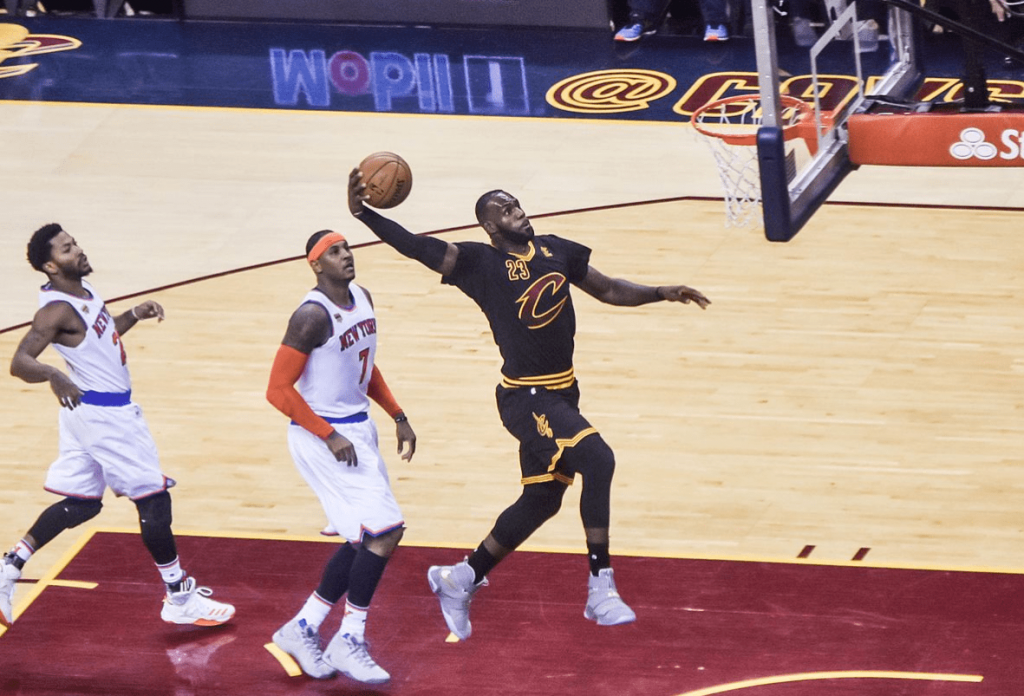 Before all you diehard fans out there start yelling at me from your couch, with your Bird or Magic jerseys on, hear me out.

I know what player loyalty means to a fan base. I am a Nebraska Cornhusker fan, loyalty is fed to us almost as much as the corn all around us. For example, I understand that one player can hold the hopes of a entire city of sports fans on their shoulders. Look at Reggie Miller in the NBA as a model. He never had the most talented team, heck he never won an NBA championship, but he never wavered from that rural town in Indiana. He carried that franchise for over a decade. There is honor in that. I can see how many fans, especially small market ones miss that, and resent super teams because they make it very hard for small market teams to hold onto their top draft picks.

However, let’s remove the macro level optics of an entire city’s hopes and dreams and focus on the human element. Many of you out there work in business, education, transportation, etc. In those jobs you work hard and build your resume to advance in your career. If the company you work for doesn’t allow for advancement, and you feel like you aren’t allowed to maximize your talents, you look for another job. Once you make that decision typically no one in the public sphere, or even your personal circle, ridicules you. They are happy for you, and sometimes your old job even wishes you well in your future endeavors. Can we not extend that same courtesy to these athletes? Sure some may claim they make millions of dollars, so they are held to a higher standard, but that isn’t an indictment on them, its simple economics of supply and demand. Millions of people watch the NBA, generating billions of dollars in revenue, and there are only so many freakishly athletic and talented giants on the face of earth to receive these massive contracts.

Now, while were on the topic of optics. I think the fact athletes have more flexibility in today’s world means more than anything. The NBA is predominantly made up of African-American players. On the flip side, the majority of NBA teams are owned by old white males. It’s worth noting, that this unbalanced representation between player makeup and owner representation isn’t nearly as egregious as the NFL’s, not to mention the current NBA commissioner Adam Silver has supported a much more progressive NBA. Despite this, I think anything the league can do to remove the image and reality that white male owners have complete control of where black NBA players are allowed to move and work is a good thing. Not to mention it allows players and their families to choose where they want to live, and what kind of legacy they want to create. If that’s not the American dream, then I don’t know what is.

2 Points: Increased Revenue Across the NBA

If the previous point didn’t change your mind. Maybe the O’Jays money, money, money can change your tune. Since 2008 when the Boston Celtics stormed the league with their original “Big Three,” rating across the league, during the regular season and playoffs have increased. The culmination of all this leading to the Cleveland Cavaliers vs. Golden State Warriors monster Game 7 of the NBA finals that had 31.02 million people tune in. cbcsports

All this prompted one of the biggest sports TV deals of all time. The $24 billion dollar TV deal will extend to the 2024-25 season and is the second biggest TV deal outside the NFL. The fact that the deal quickly approached the heals of the America’s biggest sport is saying something.

It is my belief that the reason why there has been so much intrigue and increase in ratings is that people enjoy a super team. They might not outwardly admit it. Heck, they might even say they hate it. However, when they are really honest with themselves, they know they like the idea of a team that could theoretically contend with past giants like the 95’ Bulls and 86’ Celtics.

There is a reason why Avengers: Infinity War made over a billion dollars. People like seeing great individuals form something even greater. And if we take an objective look at the timeline between when the first super teams formed during the modern era, and how ratings increased, we can see the connection. And if that connection means more money for the NBA. That’s a good thing.

It doesn’t just benefit star players either. When the NBA collective bargaining agreement was signed back in 2017 many stipulations were created to help veteran players, mid-level players, and rookies. All of which increased contracts, both in terms of length and salary.

This influx of money doesn’t just help the players though. The owners have definitely seen the extra green extended their way. Across the league team values have grown exponentially from millions to billions. And although I rarely side with owners that have wallets that make Dr. Evil’s request for a billion dollars look like pocket change. I do think it has created some good.

From this new TV money, the D-League was changed to the G-League, which hands down wins the best sports league name in history, which might actually might start paying players a decent salary that rivals European basketball teams. Not to mention if Adam Silver fulfills his promises, the G-League might actually solve the college basketball crisis with freshman players coming to school for one year to then move up to the NBA. If these things have even the faintest connection to super teams, I am going to claim it as a win why super teams should stay in the NBA.

If the altruistic reasons won’t prove to you that super teams are a good thing, i.e. player mobility and increased revenues, maybe more selfish reasons speak to you.

The NBA season is long. It spans from October to June. There are games every night and it certainly gives fans plenty of content.

However, for all those NBA fanatics out there like myself. The 82 game season and playoffs isn’t long enough. I have such found memories of watching opening night in the fall. Then, Christmas day games with my brother. Not to mention the regular season TNT games where the top teams face off and you can always expect exciting plays, and Charles Barkley bashing analytics before, during, and after the game. That banter and post game analysis, even if it is totally old school, makes me laugh and builds the lore and past history of the NBA. I crave more content, even if a basketball isn’t  tossed up at midcourt to get it.

But once the NBA finals end, most average fans lose interest, and NBA coverage completely drops off a cliff unless you have a hang glider in the form of the NBA TV and League Pass cable package. However, with super teams, it seems as if the offseason becomes even more interesting and exciting. Because every one of the GM’s I mentioned earlier in the article that survived their post season interviews with their ownership, once again regain their hopelessly optimism view and target off season moves to make their team better. For example, I don’t know about you, but I can’t wait to see what Magic Johnson tries to do this summer when Anthony Davis refuses the super max extension the Pelicans will offer him. It’s intrigue like that, which makes people tune into Sportscenter, or NBA TV, to hope and dream that another super team will be formed in their city.

If you are lucky enough to win the super team lottery by players joining forces in your city to start a dynasty. I bet you are pretty happy? And for everyone else, don’t you find a little intrigue in a new super team that might be able to challenge the Warriors? Even if your team is constantly subjected to a perpetual state of first round playoffs exits or lottery picks.

I guess my point is that fans across the league can have some kind of positive reaction from super teams. Even if it ranges from pure joy, to a revolutionary overthrow mentality that says to hell with the established powers, i.e. the Warriors. Whatever the reaction, the increased interest leads to year round coverage and an ever growing scrutiny to the free agency period. So from my NBA fanatic courtside seats, I see that the creation of a year round media cycle is a good thing. And super teams are a big reason why.

In the end I am sure many of you will question the shot I took with this article, that’s okay, I never had a good looking shot anyway. And I can’t argue with you that there is certainly a dark side of the court when it comes to super teams. However, to sum up the article and save you from anymore of my puns, it just seems that in today’s world, the media often portrays super teams in this dark light constantly, and no one ever seems to stop and ask what are some of the benefits? That is why I wanted to take my half court shot on this issue, and hopefully give you a unique viewpoint the next time the guys are shooting the sports breeze by the water cooler.