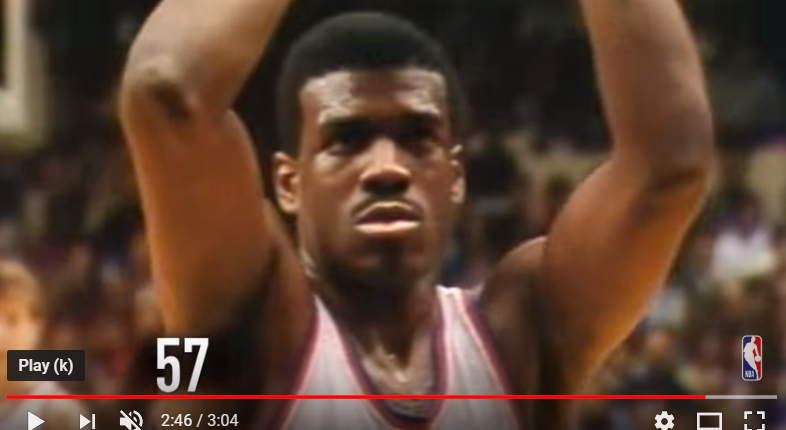 For Christmas, Santa is bringing you a full slate of NBA games throughout the day, into the night.

Even though there will be five games, odds are no-one will replicate Bernard King’s game 36 years ago today.

Featured in a new ad that is part of the NBA’s “Big” campaign, Spike Lee recounts the Christmas day game in 1984 when Bernard King put up 60 points in a losing effort against the New Jersey Nets.

Bernard King was a vastly underrated player during his time in the league despite being one of the most prolific scorers the NBA has ever seen.  In 14 seasons, King averaged over 20 ppg in 11 of them and was as unguardable as any player in his era.

He was as physical as any offensive player in the league at that time and was particularly adept at drawing fouls and getting to the free throw line.

King was a pure scorer; he found ways to score points. He wasn’t the most elegant player, but his basketball IQ was off the charts and he understood the various ways to get the ball in the basket.

The 60 point outburst on Christmas in 1984 was the Cliffs Notes version of his style of play:

He finished 19 of 30 from the field and 22 of 26 from the free throw line and had accumulated 40 points by half time.

At the time he was just the 10th player in NBA history to score 60 or more points in a game.

The 60 point game was the peak of his career and the 84-85 season the best of his career, leading the NBA by averaging 32.9 ppg.

The following season, King would shred the ACL of his right knee and miss the entire 85-86 season due to recovery.

When he returned he had lost his quickness and explosion, but he still found ways to score, improving his scoring average in each of three season with the Bullets (20.7, 22.4, 28.4) and made the all-star team in 1991.

Imagine if King had access to modern day ACL treatments, like Ricky Rubio who recently returned after 9 months to full speed, how his career would have been altered/extended.

Watching Bernard King the similarities between him and Carmelo Anthony become apparent. “Melo” has listed King as an inspiration, and he has taken the style King created and evolved it into the present day NBA.

Will anyone score 60 this Christmas?