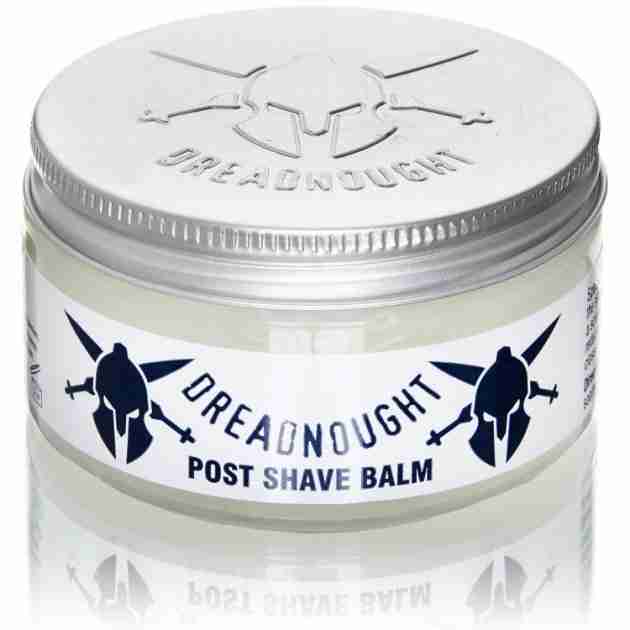 I know shaving your face is being marketed as an “experience,” a “moment for yourself.” But out of 100 shaves, how many times do you treat it like a spa day the way hot babes and high-rolling Atlantic City sweathogs do? Exactly.

This review was eight months in the making. I initially reviewed the Post Shave Balm from Dreadnought Shaving over a year ago (Jesus, look how distorted that image is. You’ve come a long way, baby).

At the time, I loved it. So much in fact, that I babied my supply, even cutting it with water when I ran low, the way you fill up your parent’s vodka from the liquor cabinet in high school.

In that eight months, I tried every conceivable aftershave and post shave incarnation, some high-end, though mostly sleazy and easily accessible. And all that time, I was really longing for Dreadnought.

I tried to deny it, but nothing was as good in the interim, or even now. Finally, tail between my legs, I reached back out to Dreadnought.

I was going to publish the actual email, but it was so #WeakSauce, so sappy, it was embarrassing, and it still is. I’d prefer you continue to think of me as a man, not some blathering, near-woman idiot, gassed up on chardonnay and scorn.

What did I like about Dreadnought Post Shave Balm? What was so great about it that made me long for its touch? Here are three “quickies”:

1) The slick skin afterglow of a bygone era

3) A dab will fill up your entire face

The post-shave balm from Dreadnought is a literal balm – it isn’t a moisturizer or a lotion that some companies pass off as “aftershave.” It lets your skin breathe, rather than covering up and clogging your pours, which leads to irritation… which leads to tasteless, unfunny “balm.com” jokes.

There’s also an obvious improvement in skin tone and brightness. Not only do you feel crisp, but the moisturizing aspect of Dreadnought takes root immediately, particularly if you shave before bed.

Your skin feels refreshed and soft immediately after you apply it, but it also carries over into the next day. Which is why you should sneak up on your old lady in the night and apply it to her eyebrow wrinkle/Crow’s Feet that “aren’t there, except in certain angles, in certain pictures.”

Be the man your mom wanted you to be by purchasing some for yourself (19 quid), and your face, and your life.