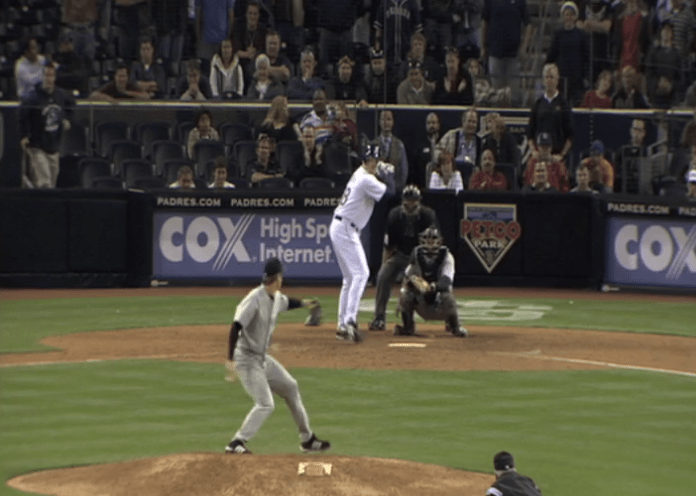 Theoretically, a baseball game could last forever. These two games almost hit that threshold and are the longest MLB games in history.

In my second semester of my senior year of college I took a history of baseball class.

That’s right. I used three credits to learn about the history of a sport I already knew. Really economic decision, huh?

Well, I learned about a ton of things… like how Abner Doubleday is a phony, and how Fred Merkle‘s Boner isn’t what it sounds like.

I also learned about some famous games in league history.

Baseball is a game unlike anything else. The system works so that, theoretically, the games could last forever.

Certain games have lasted longer than Tommy Lee’s marriages, and that’s saying something.

Let’s take a look at some of the longest games that have ever been played in Major League Baseball.

In May of 1920, the Boston Braves took on the Brooklyn Robins in one of the most disappointing affairs in sports history.

Stay on the edge of your seats, kids.

The Robins notched a run in the fifth inning to take a one run lead, until the Braves answered in the sixth with a run of their own.

Then, neither team scored for the next 20 innings.

The game lasted 1-1 until the start of the 27th inning, when the umpires called the game because of nightfall.

The game is in the record books as a tie. Ridiculous.

That’s not even the craziest part. Remember, this is 1920… they didn’t have the same health standards in sports that we have now.

Both pitchers threw complete games in the 26-inning affair, and neither earned a win. Those two men must have had noodles for arms after that. They each recorded 78 outs, but neither got a win.

What an incredible stat line. Even better, they both had to hit the whole game. They went a combined 0-19 at the plate.

Chuck Ward was the starting short stop for the Robins that day, and went an insufferable 0-10 at the dish, but that’s not even the worst batting line.

Braves’ starting second baseman Charlie Pick went 0-11 with a strikeout. Think about how miserable you must be at that point.

What hope could you possibly have left?

The answer is none, like me writing any more about this snore-fest.

… And you might love it more if you had to wait 25 innings for it.

In May of 1984, the Brewers and White Sox met, and played an absolute marathon slugfest. The game was tied 3-3 in the 18th inning, when the umpiring crew decided to suspend play until the next day.

When the game started play again, it still lasted another seven innings before a final tally crossed the plate.

Harold Baines notched a walk-off homer to center field to give the Sox the win.

In a much different style than the 1920s affair, there was no shortage of pitchers. The teams used a combined 14 pitchers.

Bob Fallon and Don Sutton started the first day of the game, and Tom Seaver and Chuck Porter finished it out to get the decision.

There were tons of guys with 10 or 11 at-bats, but it wasn’t nearly as bad as the Braves and Robins.

I think the craziest thing about this game is that Carlton Fisk, Hall of Fame catcher for the White Sox, caught all 25 innings of play.

At that point, his knees were probably falling apart.

Even with the day break, Fisk caught almost three games worth of baseball in eight hours of playing.

Looking back on it, I’m not sure which game I’d rather have been a part of, but I know one thing… I’m really glad I’m sitting here not named Charlie Pick.

Other “Longest” In Sports History: