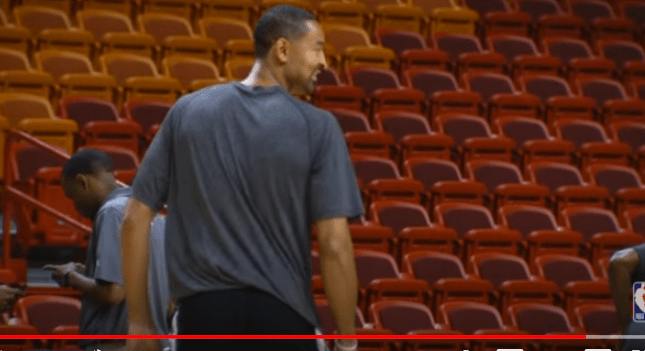 We all know how important a victory in tonight’s game five of the 2011 NBA Finals is for LeBron James, but everyone is forgetting how important it is for Juwan Howard.

Howard knows that not only is this series his last “shot” at ever winning an NBA title, but collectively as a group, the last chance any member of Michigan’s “Fab Five” has at claiming a championship.

Howard has yet to play a minute in the Finals this year, so it’s easy to forget how productive he was.

During his first six years in the league with Washington, he was one of the most productive power forwards in the game, which was so long ago the Wizards were still called the “Bullets.”

Juwan Howard was the first player ever to leave college for the pros and still graduate with his class on-time. He was also the first NBA player to sign a contract for over $100 million dollars.

The Fab Five changed the way basketball was played at both the collegiate and NBA levels, including style of play and style of dress. With that in mind, it’s only fitting that one of them wins a championship in the NBA, to cap off the legacy.

While the series is far from over, it would be really cool to see Howard get on the court one final time, and the Fab Five to get a ring.