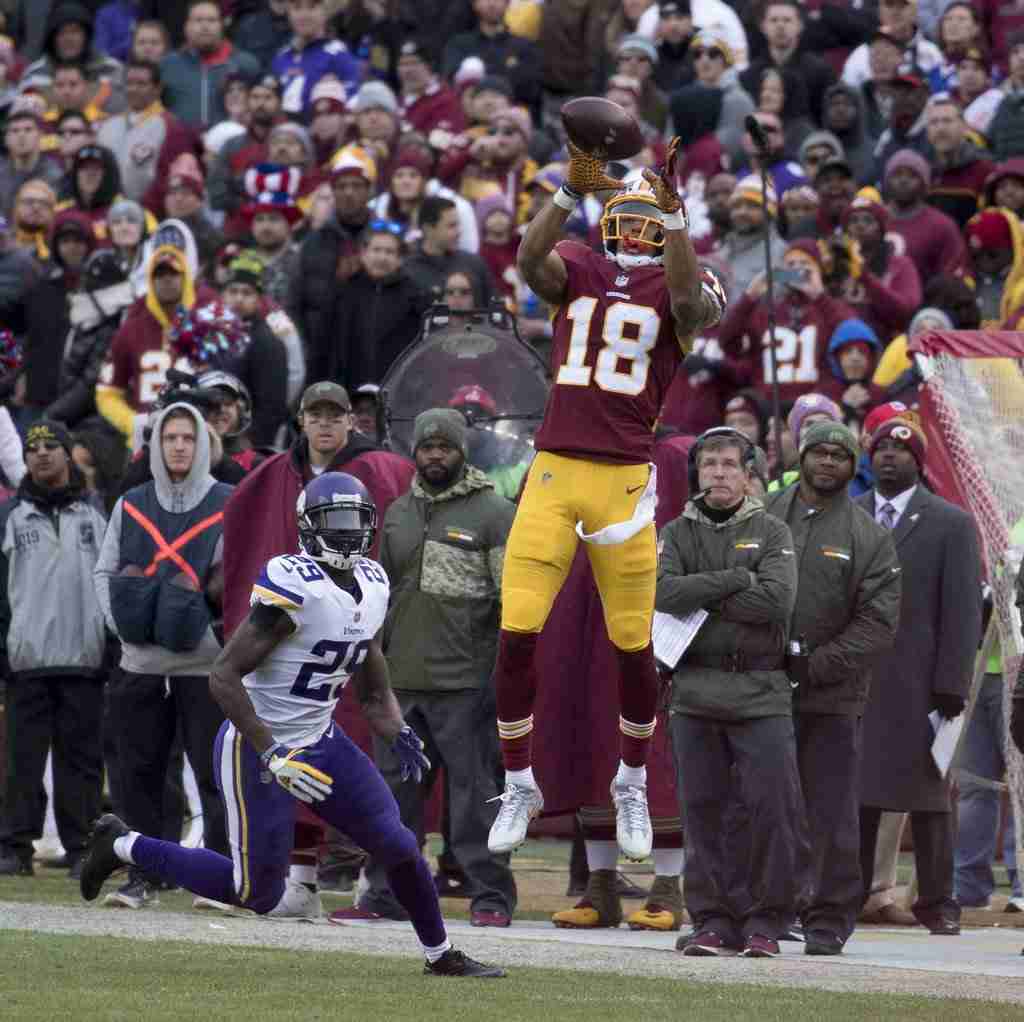 Since when did running a sub 4.4 40-yard dash guarantee NFL success? It never has and until game outcomes are decided by a straight-line footrace, it never will. The NFL became enamored with speed at the wide receiver position thanks to “Bullet” Bob Hayes.

But for every successful Hayes, an Olympic sprinter turned receiver, there are several draft busts whose perceived talents were overblown thanks to a single, largely meaningless metric. Players like Johnny “Lam” Jones. Troy Williamson. Darius Heyward-Bey.

Why is such a premium placed on speed when it has no direct correlation to production? 40-yard dash time isn’t the catch-all of draft metrics for a wide receiver. So, why do people act like it is?

I interviewed prospects Josh Doctson and Laquon Treadwell on the eve of the biggest day of their lives, the 2016 NFL Draft, and asked them why people are obsessed with the 40 yard dash.

At the time, projected first round NFL Draft pick Treadwell doesn’t know, either.

“If everybody knows you’re fast, they’re gonna play you like you’re fast.  Historically, you’ve seen a lot of guys who ran low 4.2 40’s who didn’t really pan out. One thing people don’t realize about being fast, is that if you’re not coming off the ball fast every time, the defensive back can dictate where you’re going and take you out of your game. When you’re a 4.5 or 4.6 40-yard dash runner, when you come off the line you look the same every time. So they can’t tell if you’re going to run a stop route or go deep. That’s why you see a lot of mid-speed guys have success throughout their careers because a defensive back can’t pick up on their change of speed.”

“I feel like I’m being judged because everybody has to have something to talk about in the lead up to the Draft. Some of the greatest wide receivers in the history of the league had the exact same things said about them. So, you just have to keep working and prove people wrong,” said Treadwell, who is working with Old Spice on its new “Hardest Working Collection.”

Jerry Rice, the unquestioned greatest receiver in the history of the game, ran a 4.71 40-yard dash.

“It all comes down to being a complete receiver. Being fluid with hip movement, being efficient coming in and out of breaks, my hands, my eyes…I still have a lot to work on. But speed is only one part of it. And the 40 doesn’t account for quickness off the ball, or other nuances of the position.”

How do you measure redzone effectiveness, the kind that NFL Hall of Fame wide receiver Cris Carter possessed, something Doctson was known for in college? Never a burner, Carter found other ways to be productive in spite of a 4.63 40 time.

One nuance that Doctson feels he has mastered is the art of out-jumping defensive backs in a battle for the ball, particularly in the endzone. His 41-inch vertical at the NFL Combine was the best amongst wide receivers.

“I played basketball all my life – in the driveway by myself, in the summer – with a sprinkle of football here and there. I think I mastered the talent of high-pointing the football thanks to basketball. In basketball, you have to high-point the ball to get a rebound. You have to do it on alley-oops. You have to get your hips low to outjump someone. There’s a whole bunch of things that transitioned from basketball to football, that gave me the fluidity.”

How do you quantify toughness? Or resolve? It certainly isn’t via the 40. In Treadwell’s case, you can look back on a gruesome injury he suffered in 2014 midway through his sophomore season.

After making a catch, Treadwell reached for the goal line. Before he crossed the plane of the endzone, he was bent awkwardly by an Auburn defender and broke his tibia and dislocated his ankle. The injury ended his season.

“It’s been a long journey,” said Treadwell about recovery. “The injury challenged me mentally, spiritually, and emotionally. It isn’t just a question of healing a body part. There’s so much more to it than that. Day in and day out. The long nights, the early mornings. The times that no one was in the facility – no coaches, no teammates, no one – just me. Watching film, preparing myself to come back. And I just thought about my family, my friends, my coaches. Everyone that helped me get to this level and where I needed to be. I didn’t want the injury to take that away from me. And from everyone who helped me.”

Treadwell responded and had his best college season in 2015. As for Doctson, the biggest challenge was not a physical one.

“Initially, I was the type of person that would get into a game and I would doubt myself. I’d have to battle myself. I’m competing against myself before I’m competing against anyone else – not the guy in front of me. And it kind of seems weird, but getting through that allowed me to not let any moment be bigger than it really is. Every single moment on the football field really boils down to beating the man in front of me and catching the football.”

The last time a wide receiver was not selected in the first 10 picks of the NFL Draft was in 2010. But if the draftniks are right, it won’t happen on Thursday night for the first time in six years.

Depending on which mock draft you read, the first wide receiver to be drafted will either be Treadwell or Doctson and it will happen somewhere between the Baltimore Ravens 15th pick and the Houston Texans 22nd overall selection. The Minnesota Vikings own the 23rd pick and also need a wide receiver. So do the Cincinnati Bengals who own the 24th pick.

“I see it – I’m not going to lie. I see what’s being said,” admitted Doctson on giving heed to the unceasing pre-draft rumors. “But I know that in the end it’s only going to be one – one team that selects me. So I try to keep my mind open to all the different organizations and programs that could possibly take me on Thursday night. I’ll be feeling confident and ready to walk across the stage after spending some time in the Head & Shoulders Style Lounge.”

Treadwell says he has paid no attention to the speculation about his 40 time or anything else. A mindset that he attributes for being in this position in the first place.

“The reason I’ve made it here is by staying focused and really knowing my worth. And, not letting any outside sources degrade me to the point where it makes me feel like I’m not good enough – whether it was in regard to my 40 time or anything else. I always knew my value, I always stayed focused. And, I always stayed true to myself.

“It’s all part of football – the best players will play and end up being the ones on the field. I just want to do my job and show up every Sunday. And be the ultimate professional.”

Personally, I don’t put a premium on speed. Take your time and read these articles: