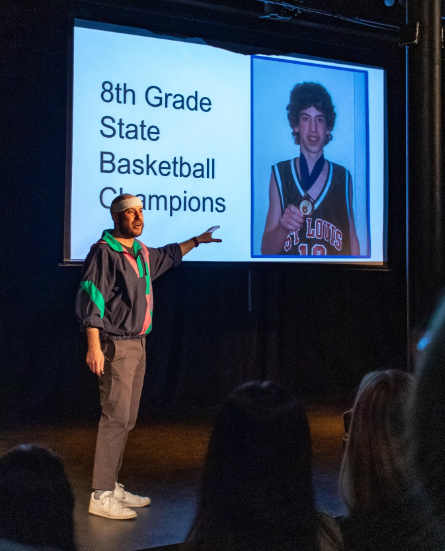 He couldn’t make the NBA — so instead he wrote a comedy show.

These facts, somehow, still did not stop Jon Savitt (Funny or Die, College Humor, Washington Post) from chasing his dreams. Blending authentic stories, sharp punchlines, and compelling visuals, “King of the Court” is the untold underdog tale of one of the greatest athletes to ever live. Sure, “athlete” may be subjective. So grab your foam finger and get ready to laugh, cry, and cheer. Because dreams have no shot clock.

Ready for your new favorite underdog story? Meet comedian and writer, Jon Savitt. He’s been featured in places like Funny or Die, Washington Post, TIME, College Humor, and more. He’s performed around the country and has written for shows, podcasts, politicians, you name it. But making people laugh wasn’t always what he wanted.

Growing up in Minneapolis as a Timberwolves-obsessed basketball fan during the KG era, Savitt — like many kids — had dreams of playing professional ball. Spoiler alert: things didn’t exactly work out as planned.

Lucky for us, he wrote an NBA comedy show about his journey instead.

The hour-long, one-person show is called “King of the Court”, and it packs an equal amount of laughs, basketball references, and authentic photos and videos from Savitt’s childhood. 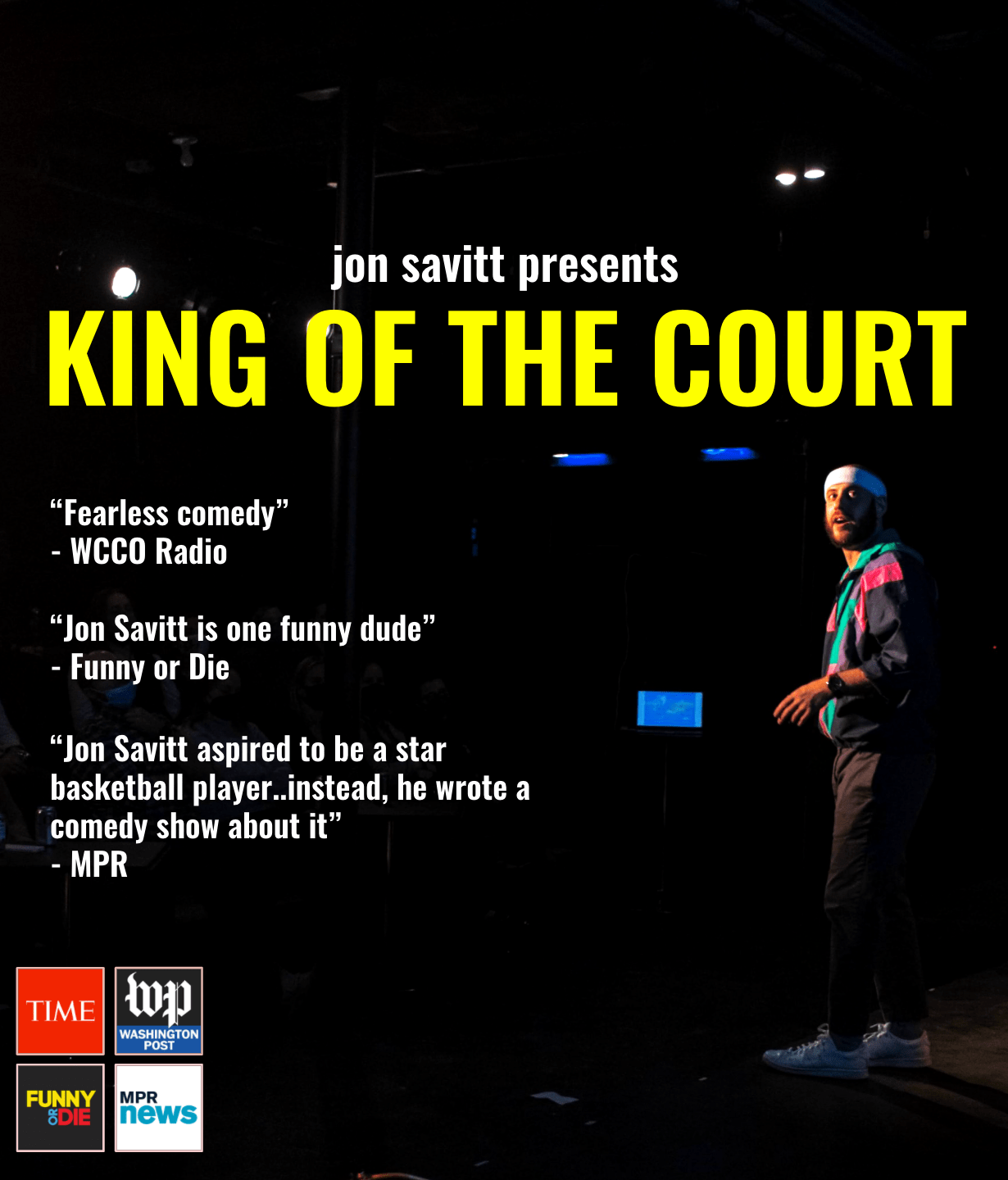 “I really just wanted to make something lighthearted and fun,” Savitt says. “It’s meant to be a bit dramatic and goofy. But at its core, it’s really a show about navigating our dreams as we grow older and giving ourselves the space and permission to pivot and adapt as we see fit. I think we so often build our identities around our work or our goals — sometimes stuff we can’t even control — and so this addresses how we think about ambition and dreams and ‘failure’, and how we decide what is worth pursuing and more importantly why. But in a funny way.”

– What was your career-high points scored in a game?

14. I remember one of our star players got injured so I had to play additional minutes. Felt like a hero.

It’s currently in a box in my parent’s basement. It served a purpose and I’m proud of it, but in the back of my head I’m still focused on that NBA finals trophy. They did however want to throw it out at one point and I said no.

– What is your personal basketball career highlight?

In elementary school I made a 3-point shot in front of the school at an assembly. All downhill from there.

– How many chicks did you bang solely based on your athletic prowess?

– What was your go-to offensive move?

I really tried to get to the free-throw line as much as possible. Like the Jewish James Harden. I wasn’t the best shooter or the most athletic, so I knew free throws were the one aspect I could control.

Keep an eye out for future “King of the Court” tour dates, and be sure to follow Jon on Twitter @savittj and check out his work at jonsavittwrites.com.