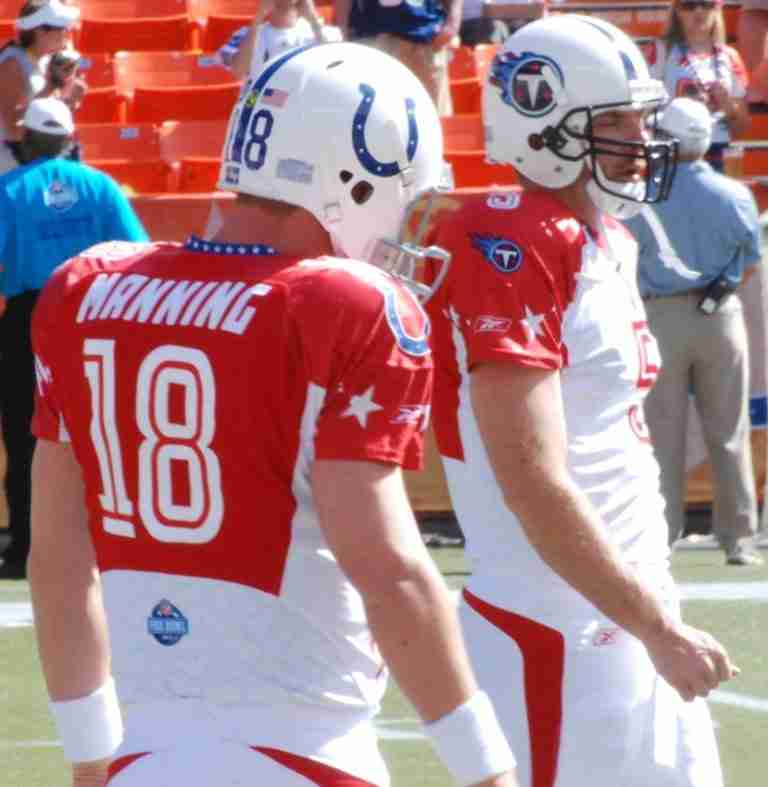 When Kerry Collins announced he was retiring from the NFL it elicited a ho-hum response from the majority of fans.

And why wouldn’t it? The 16-year pro had started more than 10 games in a year once in the last five seasons and had been relegated to the role of veteran backup.

But when you look at his statistics and the success he had as a starter, he is actually one of the more productive NFL QB’s of the last 20 years.

His passing attempts (6,163) and passing completions (3,439) both rank ninth in NFL history besting bigger names such as Joe Montana and Dan Fouts. His 206 career passing TDs rank 29th all time, ahead of Phil Simms, Ken Anderson or “The Snake” Ken Stabler.

As the fifth overall pick in the 1995 draft, Kerry Collins led Carolina to the NFC Championship game in his second year, which was also the franchise’s second year of existence. Four years later, after being run out of Carolina and New Orleans due to problems with alcoholism, Collins led his third team, the New York Giants, on a surprise run through the playoffs winning the NFC Championship before losing in the Super Bowl to the Baltimore Ravens.

1999 turned out to be the best year of Collins’ career setting a career high with 22 passing TDs and winning 12 regular season games, a feat he would equal in 2008.

His final four years with the Giants was his most productive stretch as a starter averaging 18 passing TDs and 3,639 passing yards a year and again leading the G-Men to the playoffs in 2002. They would lose 39-38 to the 49ers at Candlestick Park on a controversial final play in one of the wildest playoff games in NFL history.

After two years in Oakland as an unexpected starter on a couple of very bad Raider teams Collins ended up in Tennessee as a veteran back up to Vince Young.

After two years of holding a clipboard, Collins was thrust into the role of starter in 2008 and he responded by leading them to a 12-3 record and number one seed in the playoffs (including a 10-0 record to start the season), but the Titans would lose their first playoff game and get bounced from the playoffs.

“I feel very fortunate to have played with and to have been coached by some of the greatest the game has ever seen,” said Collins in the statement announcing his retirement.

“I feel especially fortunate to have played under some of the true patriarchs of the modern game: Joe Paterno, the late Wellington Mara, Al Davis and Bud Adams.”

So how will Kerry Collins be remembered in history?

He probably won’t be because he didn’t do any one thing spectacularly. But for a guy whose career was supposed to be over four times in 13 years due to alcoholism and supposedly better QBs in front of him at every subsequent team, Collins deserves some credit for never giving up and making the most out of his NFL career.