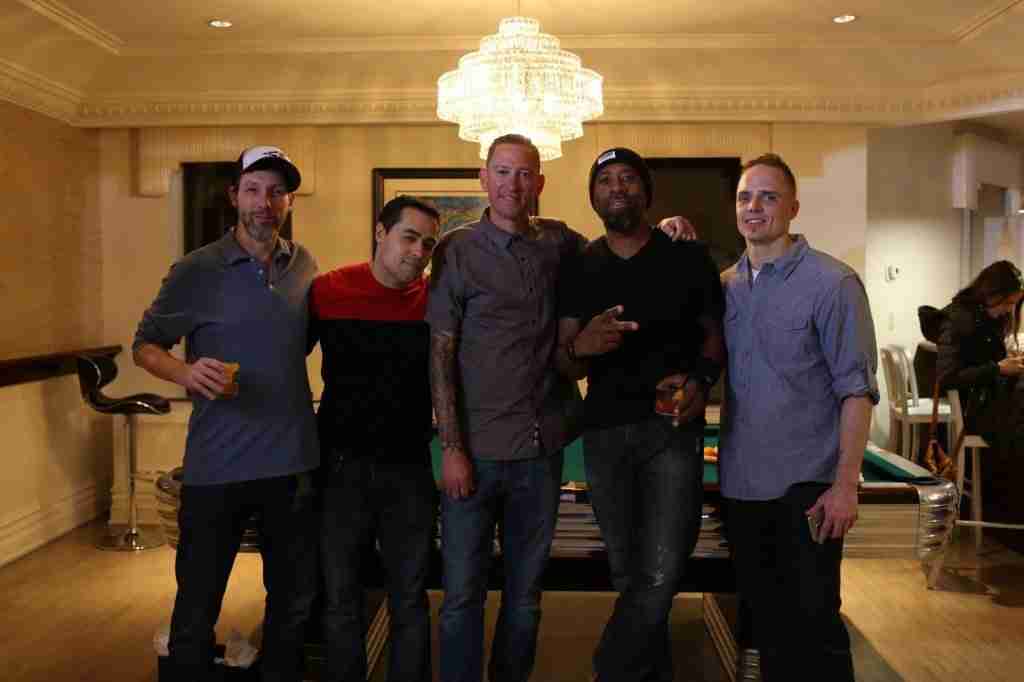 I learned more about shaving from pro barber Woody Donahue in two hours than I had in 20+ years of begrudgingly dragging a razor across my face.

Donahue, the official Schick Hydro barber, set up shop at The Carlton Hotel in New York City and gave us the full treatment via hot towel shaves at a showcase event for the new Hydro5 and Edge Shave Gel.

Schick has made a concerted effort to be the most sensitive of razor companies. So sensitive, that in the past I have mused that the Hydro5 has all the sensitivity of a toddler petting a kitten on a pillow with a rainbow in the background, while listening to Richard Marx’s hit power ballad, “Hold Onto the Nights.”

How To Shave – You’re Doing It Wrong, You Boob

If you’re like me prior to the event, you probably have no idea how great, and how necessary a full shave from a professional is. On top of being surprisingly relaxing (considering a dude has a razor at your jugular), a hot towel treatment at the start gently opens your pores and relaxes your skin. 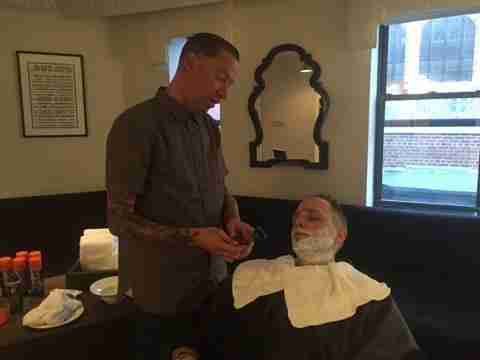 Rather than smacking shaving cream on haphazardly and scraping a cold metal blade across your face, the billboard of “You Incorporated,” if you will, there are several aspects necessary for a proper shave, like also making sure the blade has been at least warmed slightly by running it under hot water.

After the hot towel cooled on my face after several minutes, Donahue got to work. The number of dudes I would trust to run a razor across my face and neck can be counted on one hand. But Donahue became one of the few, and easily the best. 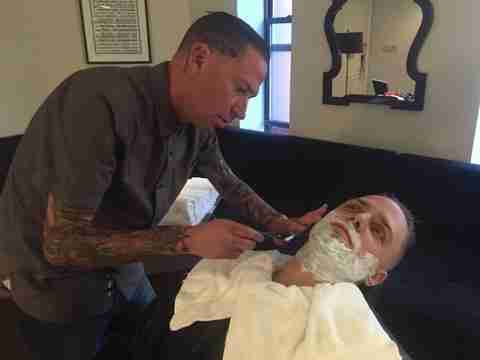 Just like any other skill, shaving is an art, particularly shaving a face that isn’t yours. The way you shave should be determined by the kind of hair you have and the direction it grows. In general, shaving with the grain of your whiskers, is preferred. Shaving is also a great way to exfoliate your skin, and you can do it everyday, like Woody, or on an as-needed basis.

He also added shaving cream onto my skin several times throughout the shave (to keep the skin from drying and remaining lubricated), something I had never even thought of.

The new Schick Hydro5 razor launches in February and features even more lubrication gel via the Hydrating Gel Reservoir than previous incarnations. So much that you don’t need to add an after shave balm like you typically would post-shave.

The other purpose of the additional gel is to reduce irritation when shaving the same patch of skin several times. I was wary of that, particularly around the corners of my mouth and nose, but Donahue made a point of going over those places several times, and my skin never felt irritated.

My favorite part of the Hydro5 is the Flip Trimmer, because the design is so smooth and so necessary; why does no other razor in the industry feature a built-in way to shave narrow, hard-to-reach areas? The Hydro5 does, homeboy. Use it on your own face wig and see what’s up.

For more information on the Hydro5, visit the website, and check out Woody Donahue’s BLKHRT Barbershop or holler at him when you’re in San Diego.

While you’re here check out these Men’s Lifestyle pieces: