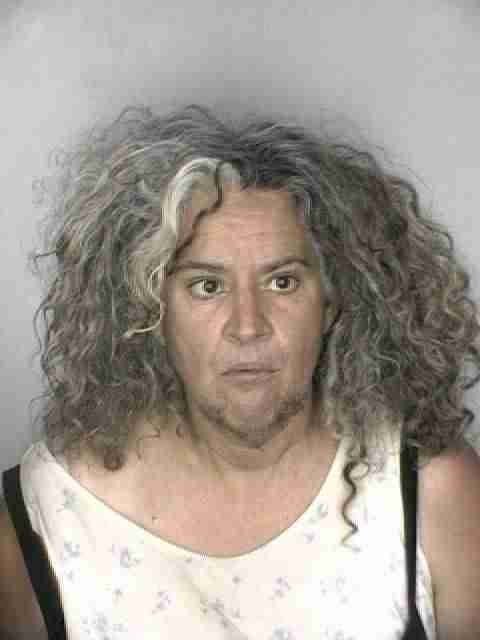 One thing that I have learned about crazy old ladies is that typically, (and I would hate to make a sweeping generalization here) the longer their goatee, the more they are out of their mind. The stench of urine they emit also holds some type of bearing on mental stability, with the more pungent odor signifying less ability to function within the social constructs of civilization.

The building that I am currently living in is an exact replica of the hotel in the movie The Shining, starring Jack Nicholson. While that in and of itself doesn’t raise an inherent sense of fear, the thought of that combined with the thought of a 55 year old schizophrenic woman who drags around a laundry cart filled with heels of bread, walks with a limp and plays on the elevator until 3 in the morning, does.

Another thing that makes me fearful of this woman is that she talks shit! It’s one thing to be crazy, poop on yourself and have a wicked goatee, but it’s quite another to verbally lash out at occupants of the building. That’s her angle, I have surmised.

All us “normal” fucks don’t care about the crazy dude who smells like urine, who just lays there and minds his own crazy business, because he’s not intruding into our reality. This lady impinges upon our normalcy almost daily, thanks to a quizzical knowledge of gardening. Well, I guess gardening is what she tells you she’s doing, but to the uninformed bystander (I.E. if you’re not a crazy fuck), it looks as though she’s just stirring weeds around.

The “garden” is the grass directly outside the front door of the building where everyone has to walk by and see it. The “garden” is always occupied by this woman as she prunes, clips and waters her cachet of foliage. Crab grass and nettles coexist peacefully as the “garden” contains neither flowers or vegetables. It’s more of a monument to mental instability than anything else, a fact which permanently endeared itself to my skull when I watched the lady try to plant and water a heel of bread right next to the sidewalk. She kept petting the top of the crust while saying “Yes, grow. Yes, grow. Grow into a marble rye as high as the sky!”

Anyway, this crazy old lady is truly that. The first time I met her I tried to look past the goatee, which was no small task, considering the density of the thing. Now, the goatee serves as the launching pad for all of my verbal assaults, be they in the building or near the train station.

The first time I ever exchanged conversation with the old bag was during my first week in the building. She was riding the elevator up and down again and again like she always does, but it was before I knew she was nuts, so I just figured she was riding the elevator to her compartment of residence. The elevator is about 24 inches by 10 inches, so there isn’t much room for sarcasm or any other sort of banter.

I stepped into the elevator and said “Hello. How are you doing?” The lady just stared straight ahead as though no body else was even there. That’s about the time I noticed her plastic sack was filled with heels of bread, clips of
shrubbery, and empty wrappers. It then occurred to me that this woman seemed a little strange, but I just figured she was foreign, as the neighborhood is flooded with Polish people. Plus, this lady’s left ear was less than six inches from my mouth; she had to have heard me, right?  So, I tried again.

“Uh, hi. Do you not speak English or something? I happen to be fluent.”

The creature stirred and yanked her head in my direction.

“Yes I speak English, but I don’t like people who laugh at me.” She then placed a cold, piercing, evil glare upon my face as the elevator rang to signify the end or our journey. But in our shared skewed reality, it was only just the beginning. I specifically remembered not laughing at this lady in the yard on that day because, as a rule, I don’t trip on crazy people.
“Oh, come on! What do you mean?” I pleaded for some unknown reason. “I never said shit to you! Not even the first day when I was moving in and I overheard you telling someone who wasn’t even visible that you had just pissed your pants! Damn It!!”

I exited the elevator in a sudden flurry of aggravation, shaking my head as I strode down the hall to my front door.

So, after the incident, I just decided to give the lady her space and respect her mental state. There’s no reason why we can’t get along, right? I mean shit, we both breathe oxygen and enjoy Chuck Woolery’s company, right? Shit yes we do.

One evening I was walking to the train while listening to some drum and bass on my headphones. I was just minding my own business, unaware of the impending verbal briar trap neatly placed in front of me. As I neared the entrance of the building I heard someone yelling very loudly directly to my right.

“Why don’t you say hello now, asshole,” asked the psycho old lady, now flanking my right side. I quickly removed my headphones, eager to throw some verbal jabs, as the bell placing the first round underway rang clearly throughout my skull.

“Hey, you old bitch. Did you just say something to me?” I said, ready to throw down and put an end to her monthly social security check at that very moment. “The headphones are off now so try again!”
“You were much better looking when you first moved in here!?” she screamed. “And look, you’ve got shit all over your pants! Ha Ha Ha!! Fuck you, ya fuckin’ bastard!”

At that moment, it became clear that I had sorely underestimated my opponent, as her sudden offensive caught me completely off guard. Using a style based solely on irreverence was something I wasn’t even prepared for.

“What, uhh.., what did you just say?” I stammered like some punch drunk’ fool trying to grab the ropes and avoid the 1st round TKO in the title bout.

“You’re fuckin’ nuts!” was all I could pathetically spew as I had no choice at that moment but to press the panic button. I launched an all out assault on that crazy lady’s goatee that literally slowed mankind’s overall evolution because of the tasteless nature of my potty-mouthed tirade.

“I may shit my draws, but at least my goatee can’t speak for itself like yours can! Fuck, judging by the size of it, it’s probably a registered voter!  By the way don’t ever hit on me again!! I don’t date men like you and judging by your facial hair, I’m sure your penis is at least 6 inches bigger than mine!! It would never work you cum guzzling whore! Your garden SUCKS! Oh, and F.Y.I., next time you’re ready for a verbal throw down, ask one of your invisible friends for some help cuz no matter how many voices you hear in your head, I’m sure you could always use one more, slut!”

“You are a sick boy!!” shouted some 40 something secretarial type. “What would your mother say?”
I tried to respond but it was futile.
“But you should have heard what she said to me bef……” I was abruptly cut off by some hot blonde who didn’t give a shit.
“I can’t fucking believe that you don’t have respect for that poor old woman,” she said. “That could be your mom or sister someday, asshole.”
“Yes, but…”

“Do you feel better now, dickhead,” probed some older yuppie as he scurried away towards some Brooks Brothers outlet store.

“Sir, that was truly sickening!” said the CTA worker on duty as verbiage attacked me from all angles. “You better get your ass on the train before these people get real pissed.”

“Yeah, whatever you say. Just get back in your booth. I liked you way better in there,” I said as I had now reached the gloating stage of the post fight interview.
Fuck these people and their opinions! I kicked that lady’s ass! It was everything I had dreamed it would be and I didn’t have to hurl her laundry cart into the middle of oncoming traffic like I thought I might have to.

“Hey man,” said some skater punk tattoo kid. “That was fuckin’ hilarious!! Me and my buddies loved it!!” He gestured to his right where 4 punk rock kids cheered me and gave me fives.

I walked to the train, happy to have reclaimed my seat at the head of the food chain.