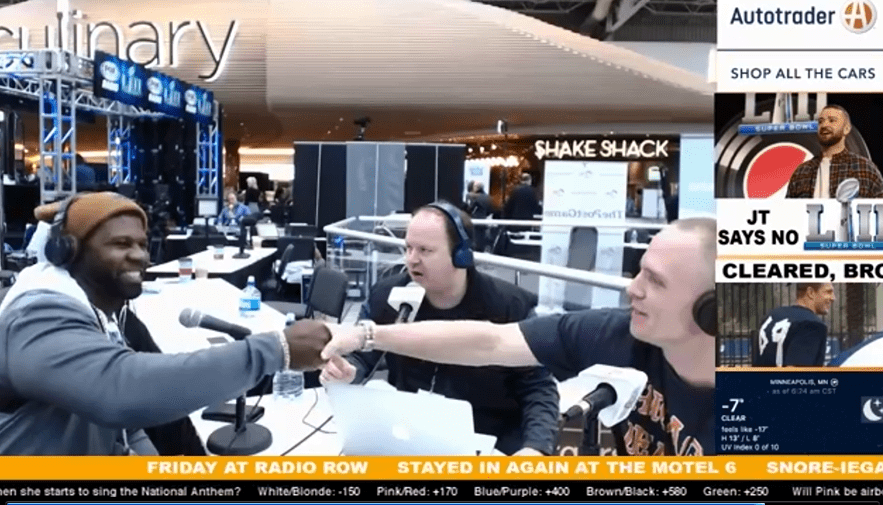 In this video recorded live from Super Bowl Radio Row, Devin Hester, the greatest kick return man in the history of the NFL, recounts his TD return against the Colts a mere 14 seconds into Super Bowl 36 and tells us about how the Bears made him play wide receiver.

I want to know about the wide receiver experiment with the Bears. What did you think about it?

Devin Hester: It was a unique situation. I never really played wide receiver before. Maybe one game in high school and three in college. It was kind of thrown on me in a shocking moment – I didn’t want to do it.

After my first year, it was a, “Hey Devin, can you come up to the office?” type of thing. It was Lovie Smith and Darryl Drake the WR coach. It was during the summertime after my rookie year. And they said, “After the year you just had, teams are going to kick the ball out of bounds and there is no way you will be able to get your hands on the ball. We need to find ways to get you the ball.” And I said, let me play DB, let me take a couple of picks back. They said no, and that’s how I started playing wide receiver.

Devin also answered several questions that my daughter and life-long Bears fan, Fiona Eide, made specifically for the man known as “D-Hess.”

Watch the video or read along below the embed:

Who is your favorite NFL player of all-time?

Adidas, Nike, or Under Armour?

Favorite state in the Union?

When you were at Miami, you scored TD in every conceivable way, and that continued into the NFL.

Devin Hester: When I was being recruited out of high school, I didn’t have a position. I was an “athlete.” So in my first year when practice started, I played wide receiver. Then they had me line up at corner. Then they said, “Hey you played running back in high school, get a couple plays in at running back.” And that was only after about 4 weeks in college.

When was the last time you felt slow?

Devin Hester: My youngest son. I was playing with him the other day. He made a move and I was like, “Dang, these hamstrings ain’t working like they used to.” You gotta get Madden 08 or 09 when I had 100 in speed. Cheat mode!