The Daytona 500 is just absurd. One minute you’re drinking a mimosa at the NASCAR hospitality tent on a Sunday morning and suddenly you’re leaving to meet young stud driver of the #3 machine Austin Dillon and UFC champion Anthony “Rumble” Johnson. You have to cut that short to hop on a golf cart to ride to the front of Daytona International Speedway to meet Patriots’ TE Rob Gronkowski.

Then you return to golf cart for a ride to meet The King himself, Richard Petty. Then you go to the media center to meet LaDainian Tomlinson. Before you can say “boogity, boogity, boogity!” you’re walking with aforementioned Johnson and rapper Waka Flocka Flame down a red carpet to the Driver’s Meeting. Then you look up and see Owen Wilson walking next to you just long enough to squeak out an, “Owwwwweeeeen!!” that he ignores on all fronts. But, you do capture a nice image of a sheriff’s back. 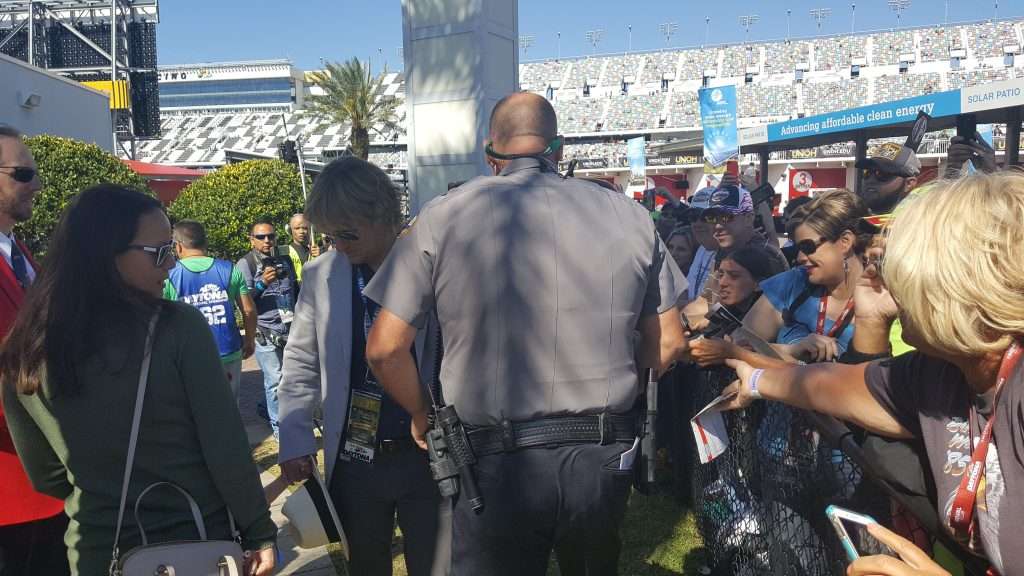 In the above video I tried to jam everything into 60 seconds and I think I did a good job.