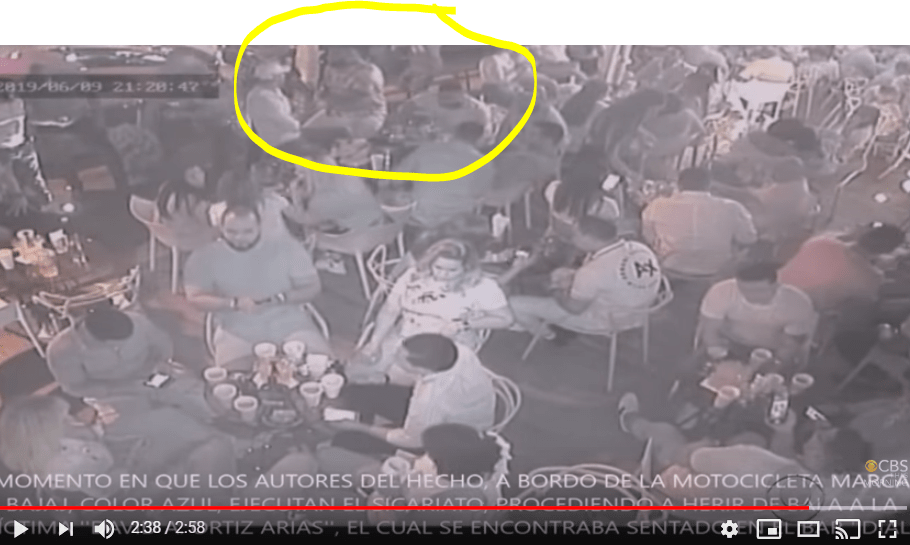 After David Ortiz was shot, we almost lost a baseball icon. Here is what happened that night in the Dominican Republic.

David Ortiz was shot earlier this summer, and the world held its breath.

Luckily, Big Papi is okay and is recovering well, but what happened? Who was there? Why did they pick him?

It’s a classic who done it, but when it happens to such an icon in his home country, people ask questions.

People love Ortiz, and we should all be more aware of what actually went on that night in the Dominican Republic.

Where did David Ortiz go and who was there?

As you can see in video of David Ortiz getting shot, went to a bar called the Dial Bar and Lounge in East Santo Domingo to meet a friend, Sixto David Fernandez.

According to the hit men, Fernandez was the actual target. However, what ensued seems to prove that that wasn’t the case.

Ortiz was just out to get a couple drinks with a friend at a place he usually frequents. Then what ensued was when everything went crazy.

Ortiz was sitting at the bar, calmly, with his friend.

Rolfi Ferreira Cruz, the hit man on the job, was at the Dial Bar and Lounge for hours waiting for the duo. Cruz was waiting for Fernandez, as he claims, and once he got there, Cruz texted a picture to the hit group of Fernandez.

The only problem was that the picture was nearly unidentifiable, and all of the men in the group couldn’t tell who was who.

Cruz approached the two, and fired one shot into the back of Ortiz and ran. The club goers went into a mass hysteria, but that didn’t stop the locals from trying to find who shot their hero.

As emergency response was being made, a crowd of locals found the getaway driver on his bike.

They proceeded to get him off of his bike, and beat him senseless with what officials called, “blunt objects.”

We know what Cruz was good for, Eddie Garcia was the driver who was beaten senselessly, and the rest planned the hit itself.

The ringleader of the whole thing was a man named Victor Hugo Gomez Vasquez. He set the bounty, and let the group formulate the plan themselves.

What was the bounty to have David Ortiz shot?

The set bounty was 400,000 Dominican Pesos, according to Dominican Police.

To put it in perspective, Ortiz’s net worth is $45 million.

What happened to Ortiz?

Ortiz went into surgery immediately, and was deemed in a stable condition the following day.

He was flown to Boston later that day to receive further treatment.

Big Papi has since made a full recovery, and is now relaxing with his family. All of the parties involved in the hit are in jail, and are awaiting their sentencing.