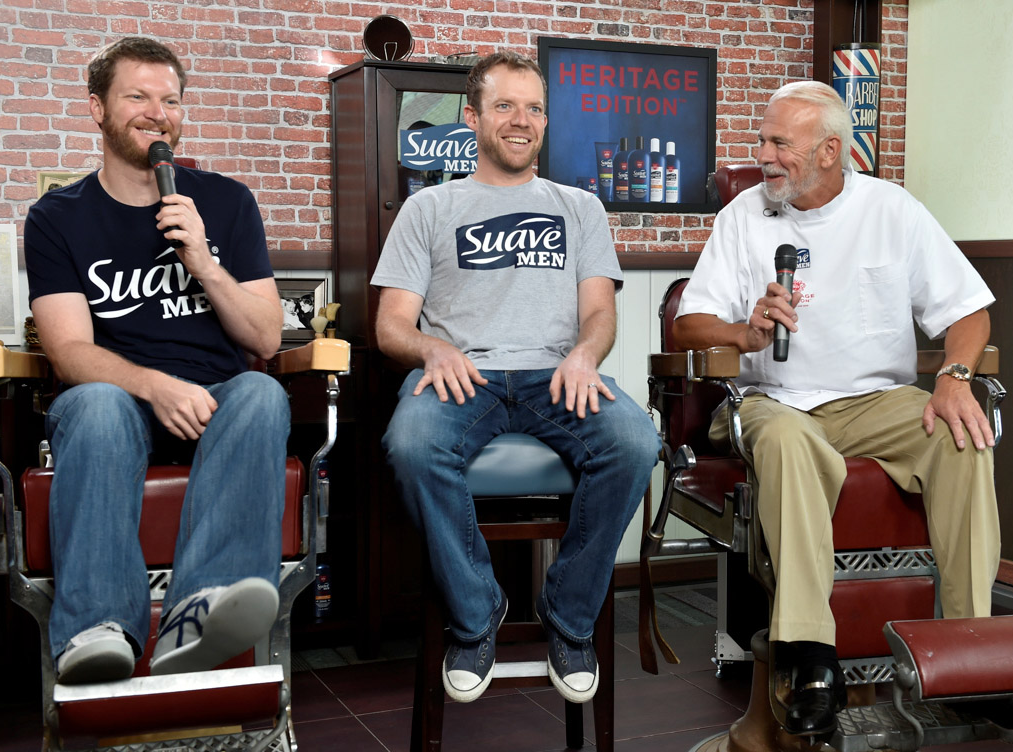 If NASCAR legend Dale Earnhardt Jr. and his JR Motorsports teammate Regan Smith admit to doing it, then there’s no shame in admitting you have, too. So go ahead and unburden yourself – 80% of men have used their girlfriend, wife or spouse’s haircare products.

“We’re all guilty of getting lazy and grabbing whatever the girlfriend or wife is using,” admitted Earnhardt Jr., as he forced a room of roughly 40 men to confront a grim reality about themselves.

“And, you know, that stuff’s not made for men: It’s not made for your hair. Guys out there, stop being lazy. Get the haircare products for our hair and for our needs.”

The numbers are appalling. 70% of men are interested in their own personal style, yet only 20% actually use products made for men.

But Suave Men wants to change that. And they know that education leads to prevention, and ultimately, choices a man can be proud of.

The “Suave Men Heritage and Hair: A Discussion with the Icons of Speed and Style,” took place on the eve of the NASCAR XFINITY race in Brooklyn Park, Michigan. 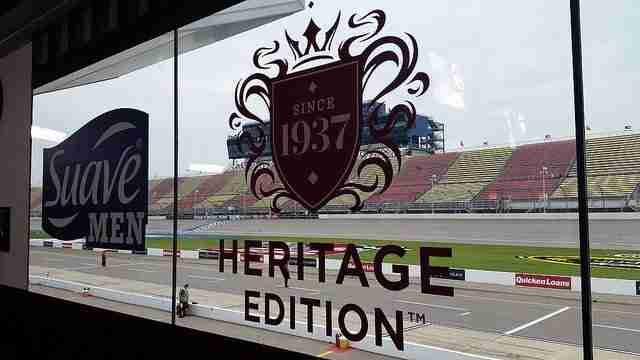 For the event, Suave converted a suite at Michigan International Speedway to the “Speed and Style Salon,” a 1930s-era replica barbershop. Hosting the event was famed NASCAR pit reporter Matt Yocum. And just like a woman, I had to get a selfie with Dale Jr. 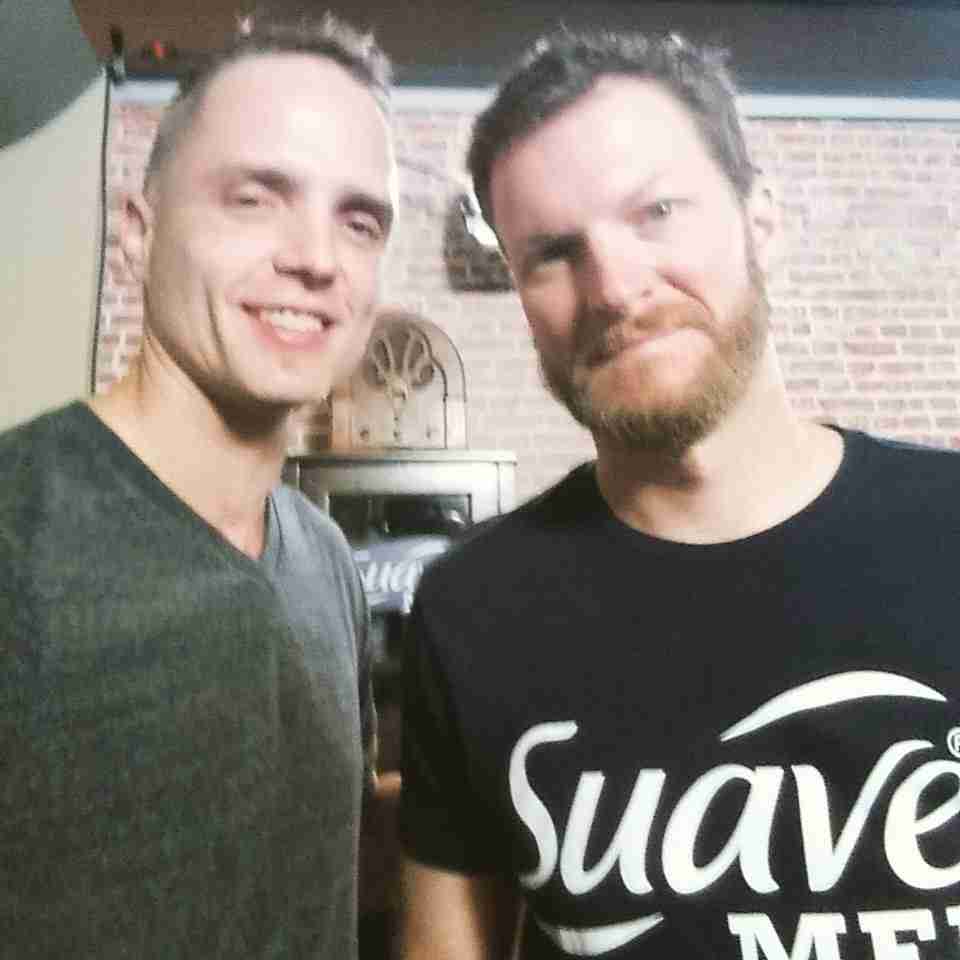 But at the steering wheel of this thrill ride into masculinity was Steve Ellsworth, Dale Earnhardt Sr.’s personal barber for over 20 years. 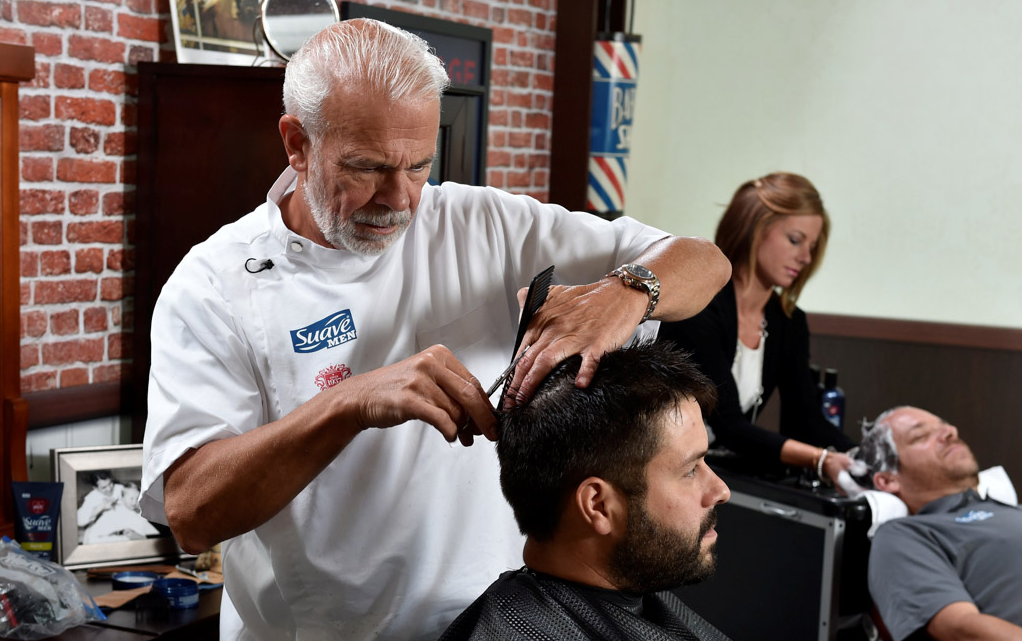 Mr. Ellsworth gave a total of 15 haircuts, several shampoo jobs and unlimited tips about how to groom like a man. But what everyone wanted was insight into his relationship with the most famous #3 in all of motorsports, Dale Earnhardt Sr.

“I was very intimidated by ‘The Intimidator,” said Ellsworth, recalling the first time he met “The Big E.” “Here’s the big guy, the big guy from Kannapolis. He was just coming up.”

“The first three times I cut his hair, I couldn’t touch the mustache. Finally, I talked him into letting me cut the mustache and I cut it a little more like mine. Of course, he really liked that big bushy mustache, and he said, ‘Oh Lord, Wrangler is gonna fire me, Wrangler’s gonna fire me.’ And I thought, ‘This guy is never gonna come back.’ But, he did.”

“Men just tend to use the products and shampoo that are in the shower, that their wives or girlfriends use,” said Ellsworth, who has been cutting hair for over 30 years. “But those are formulated for women. 90% of women have hair color or perms in their hair and those products are designed for that. Suave has the products that are designed for men’s hair. And they don’t smell like flowers.”

Driver of the JR Motorsports #7 Suave Men Chevrolet Regan Smith takes a different line in his relationship with Suave.

“For me, it’s just a struggle just to keep the hair growing. So what I have, I want to make sure I can show that off,” said Smith. “So I throw some of the Suave Classic pomade in there. The great part of the Suave line is you get more of that ‘guy smell.'”

Since the topic of the day was masculinity, the plot line couldn’t stray too far from the topic of ultimate male Dale Sr. The anecdotes from Ellsworth took everyone back to an era where dudes could just be dudes.

“It was wonderful, truly a privilege and an honor to cut his hair. Sometimes, he would actually go to sleep in the chair. He would say, ‘Man I haven’t sat still.’ He would call me for a haircut and I didn’t have any openings. So he’d come in at about 5:30 in the morning, and he’d usually have an egg sandwich or something.”

“A lot of times, I’d go to his shop and cut his hair because he’d have a shoot for Coke or whoever it would be the following day. So I’d keep my tools at the house just in case.”

On location at the Oral-B USA 500 with COMBOS Curiosities

10 Best Lines to Pick Up Chicks On Vacation