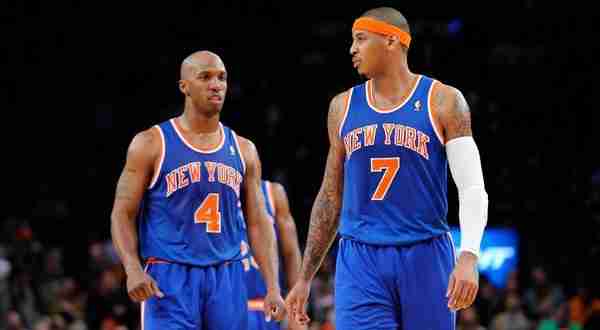 If Chauncey Billups was a rapper he would be Method Man. Sure, everyone knows who he is and that he’s good, but few people can point to a single specific performance to define him as such. And what makes both so unheralded is actually what makes them great; they are so good at doing what they do and at multiple facets consistently, that they are taken for granted.

That’s what happened with Chauncey Billups in Denver. Billups could put up 18 ppg, 8 assists, 5 boards a night, nail a couple threes, play lock down defense and control the entire tempo of the game, but would always be overshadowed by the bigger personalities on his team; Carmelo Anthony, or Kenyon Martin or Chris Anderson or JR Smith. Even Nene or George Karl would get more pub in the media then Chauncey because he is as low key and consistent as they come.

Even when he was traded to Denver, the media only focused on where Allen Iverson would end up and how he’d fit in in Detroit. It rarely focused on how much of a better team the Nuggets became by ditching AI and adding Chauncey.
And perhaps even most disrespectfully when Carmelo’s name was in the media for almost the entire last year as wanting out of Denver, nary a word was spoken about Chauncey when possible trade scenarios were mentioned. He’s not a 6-7 slasher who’s going to dunk every time he gets the ball, but he’s going to do all the little things that get his team victories that other players aren’t adept at doing. Really at his core he’s an old school basketball player in a league that has changed completely.
Which brings me to Method Man. As one member of a roughly nine member crew of emcees, it’s hard to not get swallowed up with all the talent around him. Whether it was the bombastic personality and antics of Ol’ Dirty Bastard, the insane production skills of the RZA, Raekwon the Chef’s ability to serve up tasty metaphors, or Inspectah Deck’s rep as the best freestyler in the group “Meff” is constantly overlooked in terms of historical hip hop influence.
Not only was he the only guest rapper on Biggie’s seminal album Ready to Die, but a year later he rhymed on Tupac’s classic All Eyez On Me, mind you, in the middle of the “East Coast vs. West Coast” beef when NO rapper from one coast was kicking it on the other.
Method Man became the first member of the Clan widely accepted to audiences other than hip hop fans because of his abilities other than rhyming, which ultimately made the Clan more visible/successful.
How many rappers could maintain a role in a feature film (How High) only to have that role converted into a sitcom on a major network without selling out? And, continuing to sell platinum albums in the meantime. Since Method Man blazed the trail, a million other emcee’s have made the transition from rapping to acting.
Since Chauncey’s arrival in New York he’s made the team better and played so well he’s made most people forget about a loss to Cleveland thanks to a clutch shot to beat the Heat. Even still Melo gets all the press, but Chauncey’s cool with that.
Ultimately, being part of a solid group brings out the best in both performers and elevates the group itself, to heights it wouldn’t reach on its own. Every successful group or team has a component like this and thanks to Chauncey, New York is suddenly banking on a return to the basketball “Mecca” it once was.

The Charlotte Hornets Are BACK – Why You Should Care (Video)