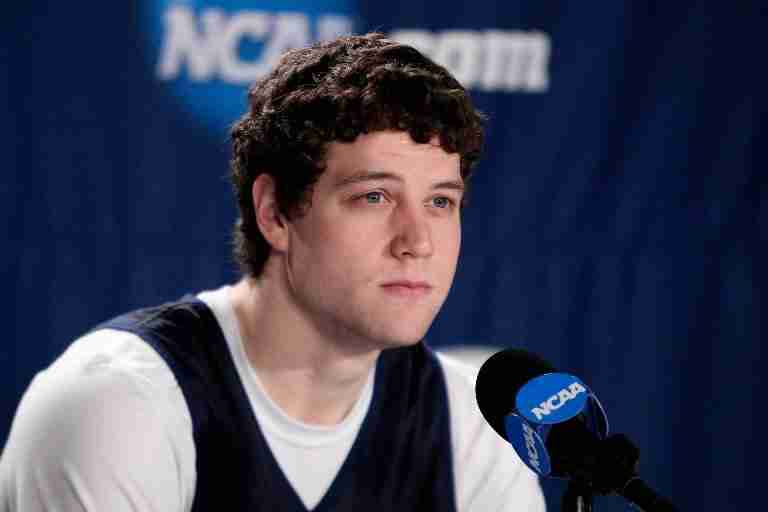 I remember the first time Jimmer Fredette came out of college. It was back in 2006. He was fresh off of becoming the highest scoring player in the history of the ACC.

He wasn’t a great ball handler and the only way for him to make an impact in a game was by shooting; scoring was his most notable attribute, but other than that he was pretty limited and lacked the ability to create his own shot.

He was a liability on defense, wasn’t a great passer and contributed almost nothing in the way of rebounding.

He was drafted 11th overall and it took him five years to average double figures for an entire season, mainly because of a lack of minutes.

And why was the 11th overall pick having trouble getting minutes? Because in a league where every guy on the court can score if they get enough shots, nothing he did was special.

Especially when in his first couple years, his shots weren’t falling like they were at Duke. Then what do you do with a guy like that other than overpay him? You sit him on the bench and only use him in certain circumstances.

All the signs are there, from the lack of marketable skills to the arrogance. Looking at their career college stats, I can’t be the only one who has figured this out already, can I? Surely some pro scout has noticed this, from the obvious facts I’ve already mentioned down to the averages per year in college.

Now ask yourself this; who faced better competition in college, Redick at Duke or Fredette at BYU?

I think we both know the answer to that don’t we? So if anything, his college numbers were inflated compared to Redick.

Hmmm..I wonder what kind of pro Fredette will be.

If an idiot like me can figure this out, all 30+ NBA teams have as well. Except maybe the Clippers or Timberwolves.

Anyone else telling you anything different is blowing smoke.

Back in June I wrote everything above this sentence about everyone’s favorite collegiate gunner and three point threat Jimmer Fredette.

At the time, everyone with internet access was filling up message boards talking about how “great” Jimmer would be, about his “can’t miss” skills and how they would immediately transfer to the hardwood of the NBA.”

But I didn’t believe it. So I wrote an article detailing why I thought he would be a bust at the NBA level and further, that if he was lucky, he would have the type of pro career JJ Redick carved out for himself.

And the hate streamed in almost immediately.

As well as being told I “must’ve never seen Jimmer play”, because to compare him to Redick was the ultimate travesty.

But now, after almost a quarter of the season, it’s fair to say that not only was I right, but that Jimmer won’t even be as productive as Redick was in his rookie season.

After 15 games on a bad Kings team, Jimmer has started three games.

But I thought he was “a starter in the NBA” because “no one could stay in front of him at the pre-draft workouts, not even Kemba Walker”?

Based on the comments, at the time, I apparently underestimated Jimmer’s overall game as a scorer, not just a shooter.

“The guy lives in the key and at the rim. Jimmer’s game is nothing like JJ Redick’s. Jimmer gets to the rim and draws contact whenever he wants. Ridiculous take.”

He can’t get to the basket anymore because why? Everyone in the NBA is quicker and stronger than he is.

So all he can do is sit outside and force shots, as his 33% field goal percentage would indicate.

Oh wait but he isn’t just a “three point shooter like Redick.”

Uh yeah, he sure isn’t; shooting 27% from deep shows he’s not even in Redick’s league as far as accuracy.

Since everyone loved my statistical comparisons in my first article, here are some stats of interest from Redick’s rookie year compared to Jimmer’s:

My personal favorite comment from the first article though: “If Steve Nash can make it in the league while being a defensive liability, then so can Jimmer!”

LOL!!! Oh yeah, that reminds me: Fredette is a complete defensive liability.

Another favorite:  “Mark my words, Jimmer will leave a legacy when it’s all said and done.”

I’d have no problem writing the exact opposite article and “eating crow” if things were the opposite and Jimmer was as good as he was hyped to be. But he’s not. And he won’t be.