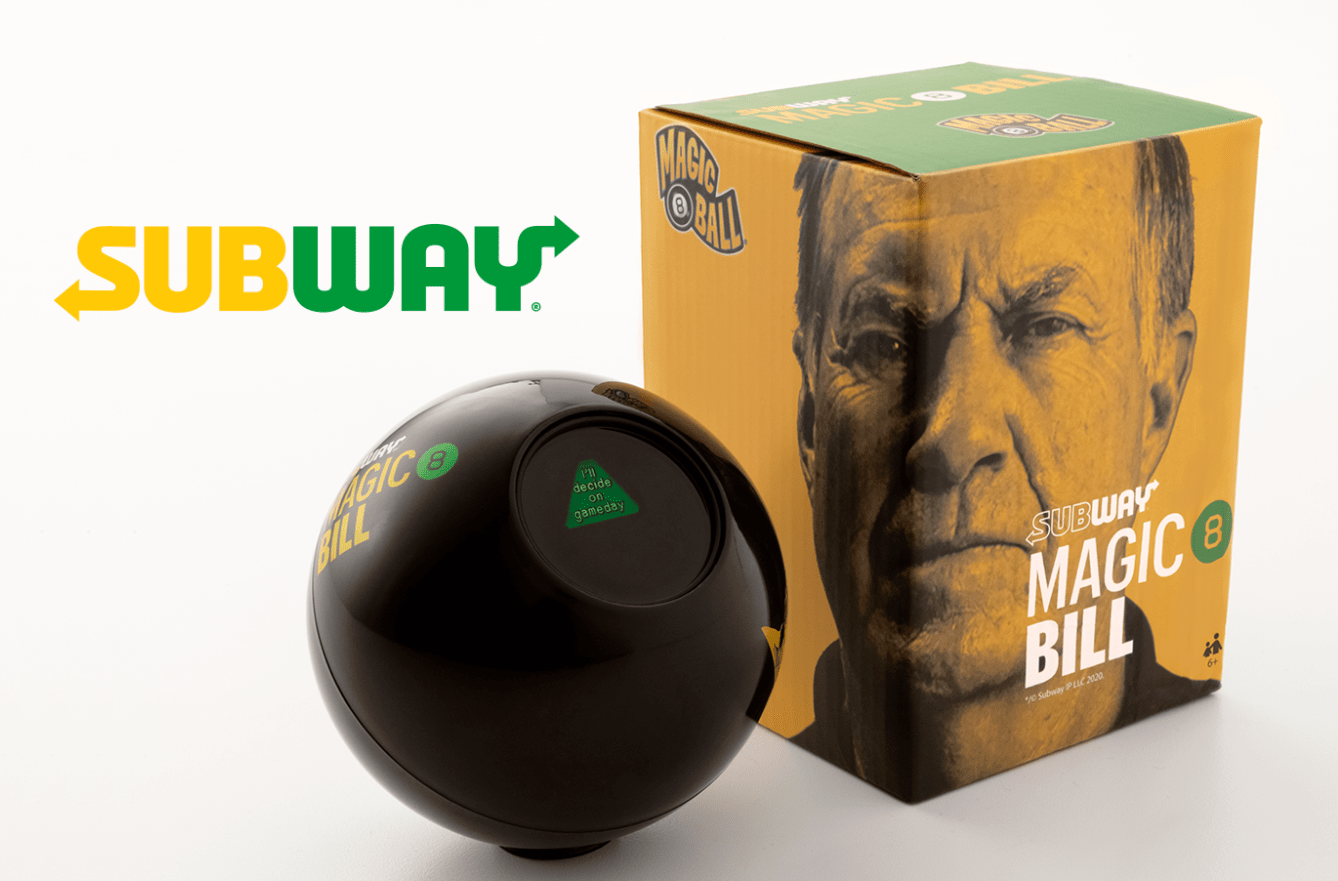 And no, not the kind of 8 ball your greasy sleezoid friend Sal offered you. Subway and Patriots Head Coach Bill Belichick and Magic 8 Ball, have collaborated to produce a one-of-a-kind “Magic 8 Bill” collectable.

Based on the iconic Magic 8 Ball model, the Magic 8 Bill features guidance from the NFL’s greatest coach of all time, helping fans make a better call this season.

Not all are lucky enough to have access to Coach Belichick to help them make a better call, so Subway made it possible to get his one-on-one coaching.

Featuring candid Belichick responses such as “I’ll decide on game day” and “I think you already know,” the Magic 8 Bill is here to help fans make better choices, while answering life’s toughest questions both on and off the field.

Beginning October 28 at 8:00 a.m. EST fans are encouraged to head to Magic8Bill.subway.com to get a hold of their very own limited-edition collectable toy, wrapped exclusively in Subway’s signature green and yellow colors. With only 500 available, Subway is offering fans the opportunity to score their own for $21.

Throughout the season, fans will enjoy unexpected plays from a star-studded lineup of NFL greats, new flavors inspired by game day staples, including the NEW! Buffalo Chicken* and BBQ Chicken* sandwiches, special merchandise, deals and more.

*Limited time only at participating restaurants. Additional charge for Extras. Plus applicable tax.