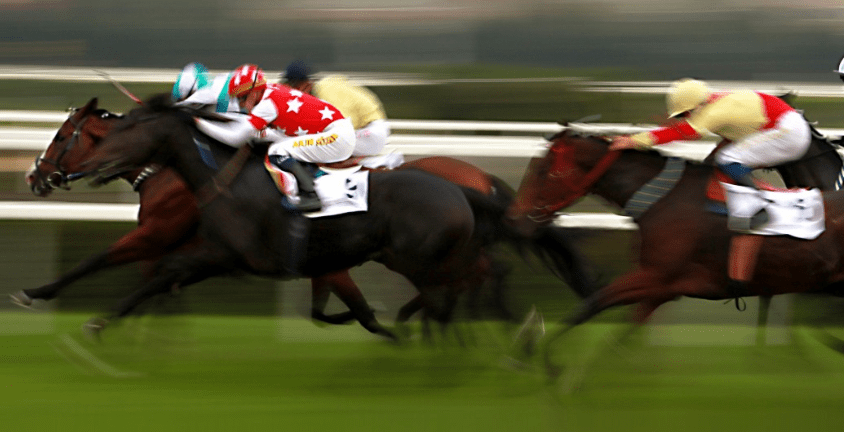 Some racehorses made history

Throughout the history of horse racing there have been some competitors that truly shined. Their physical prowess made them join the record ranks of their period and the history books of our time.

The most well-known horse in the history of horseracing is without a doubt Secretariat. Although at first, he did not seem made for racing, overtime he managed to defeat all the odds. Another champion in Arkle, a horse that set a new course record that’s still not broken to this day.

CasinoBonusCa explains in detail everything you need to know about the best racehorses of all time. From Man O’War to Seattle Slew all famous horses that made history are covered.

Most of the stallions that made history lived some time ago, but let’s see who rules the racetrack now.

Best Racehorses in The World
The storied history of horse racing is rife with impressive stallions who championed the track and the jockeys who piloted them on to victory. While most of them have gone out to greener pastures, their names, and the tales behind them live on through the ages.

We’ve decided to bask once more in old glory by looking at some key metrics to help define some of the greatest racehorses in the world. This includes records, a few undefeated animals, career winnings, context victories, and outstanding achievements as well as longevity.

Considered by most to be the greatest racehorse of all time, Secretariat was also known as “Big Red.: This stallion absolutely destroyed the US Triple Crown competition back in 1973. Secretariat also set age and/or track records in each of the big three-year-old events in the United States. He had 31 lengths winning margin in the Belmont Stakes, which is the largest in any Triple Crown event in history.

Even more impressive than Man O’ War who came before him, Secretariat was also named Champion Juvenile Colt and Three-Year-Old in the United States. Not to mention being named the American Horse of the Year in 1972 as well as 1973.

While his earnings might seem small, you have to take into account historical inflation. With that metric applied Man O’ War made the equivalent of almost $3,200,000 in today’s money. Prized for his weight-carrying performances, which were the stuff of legend in horse racing, Man o’ War wasn’t allowed to go for the US Triple Crown by his owner.

Man O’ War had a violent temperament. This might be part of the reason why he won all but one of his 21 career races. Man O’ Waris is credited with revitalizing the sport in North America during the interwar period.

Seattle Slew was one of the only racehorses to win the US Triple Crown of the Kentucky Derby, and Preakness Stakes as well as Belmont Stakes without having ever lost beforehand. Seattle Slew was Champion Juvenile Colt, Three-Year-Old, and Older Male Horse in consecutive years from 1976-78. Seattle Slew was also American Horse of the Year for 1977.

Seattle Slew went on to have a storied career. He miraculously battled back from a career and life-threatening illness, to return to action within two-fifths of a second of breaking the world record in the Marlboro Cup.

Seattle Slew, as a stud, had a strong influence on North American horse racing having fathered the Kentucky Derby winners California Chrome and Orb.

Sometimes referred to as being a wonder-mare, Winx is arguably the best horse from Down Under in modern times. As a mare, she stands alone as the winner of the highest-level races with 25 Grade/Group 1 successes, which is a world record.

Winx became just the third horse to be inducted into the Australian Racing Hall of Fame while she was still in training in 2017. Winx has earned more prize money than any Southern Hemisphere horse ever. Her four consecutive wins in the Cox Plate at Moonee Valley is a record. Winx was also awarded the title of Australian Horse of the Year for four consecutive years from 2015-16 to 2018-19.

Kelso was named after a place in Scotland that has a racetrack, for staging National Hunt horse racing events. While he missed a US Triple Crown bid in 1960, Kelso managed to go to true greatness. He had impressive longevity for an American racehorse. Kelso even went on beat more fellow Hall of Famers than any over twentieth-century thoroughbred.

Kelso was also a five-time winner of the Jockey Club Gold Cup at Belmont Park and is still regarded as the most successful in the history of this Grade 1 feature in the fall. Kelso further earned the title of American Racehorse of the Year for a record five consecutive years between 1960 and 1964. He was Champion Older Male Horse from 1961 to 1964 too.

Known to many as The Queen of the Melbourne Cup, Makybe Diva was bred in England before being shipped to Australia as a yearling. She went on to achieve legendary status. A race that takes place Down Under nicknamed “The Race That Stops a Nation” the Melbourne Cup was won by Makybe Diva three times between 2004 and 2006.

While her record doesn’t carry the kind of flawless quality that some of the other famous racehorses in history do, Makybe Diva still managed to deliver time again and time again when the stakes were down and it mattered most. To that point, she was named Champion Australian Stayer three times between 2004 and 06. She was also named Australia Racehorse of the Year in both 2005 and 2006.

Zenyatta was named the greatest filly of all time by Sports Illustrated magazine Though she was most notably a bargain when you factor in that she was purchased for just $60,000 and then quickly won 19 of her 20 career starts. One of the things that led to her being such a bargain was an early battle with ringworm, which lowered her perceived value. Though like a true champion, she overcame early adversity.

Zenyatta managed to win back-to-back races at the Breeders’ Cup in 2008 and 2009, scoring in the Distaff against fellow fillies and mares first. Zenyatta’s triumph in open company in the Breeders’ Cup Classic pocketed her an impressive first-place purse of $2,700,000.

A true record-breaker of a horse, Hurricane Fly was one of the best hurdlers ever seen across the Atlantic. While bred in Ireland Hurricane fly was trained in France on the Flat. Though when he moved back to Ireland and joined the famous stable of Willie Mullins, his true potential emerged.

Hurricane Fly would go on in his career to win 22 Grade 1 hurdle races from 32 starts over the obstacles. That was a world record in this sport until another of our famous racehorses eclipsed him. Hurricane fly managed to regain the Champion Hurdle at the Cheltenham Festival and was the first horse in 38 years to do so. His five consecutive victories in the Irish Champion Hurdle at Leopardstown from 2011 to 2015 remain an impressive record.

Black Caviar enjoyed an impressive undefeated career as a sprinter spanning from 2009 to 2013. Though she only raced just one time outside of her native Australia, in the UK at Royal Ascot, and won the 2012 Diamond Jubilee Stakes. Yet she was also named European Champion Sprinter in 2012 despite just that one race in the Northern Hemisphere. Black Caviar went on to be crowned the Australian Champion Sprinter and Racehorse of the Year for three consecutive years from 2011 to 2013.

Known proudly as Eastern Europe’s most famous racehorse, Kincsem had an undefeated career over four seasons, spanning from 1876 to 1879. She even had a world record streak of 54 runs. Kincsem went on to win races in seven modern-day countries, including Germany, Austria, the Czech Republic, Hungary, Slovakia, the UK, and France.

Though she became best known outside of Eastern Europe in 1878 when she won the Goodwood Cup, Grand Prix de Deauville as well as the Grosser Preis von Baden in the space of a few weeks. Upon retiring from the track, Kincsem became an influential broodmare. Many famous racehorses were descended from her including Polygamy and Camelot.

Affirmed Was touted for becoming horse racing’s 11th Triple Crown winner, which he did in 1978. This involved being dramatically repelled by several challenges, including the longtime rival Alydar, who ran second in the Kentucky Derby, Preakness, and Belmont Stakes. Though some would argue that Affirmed might have been even better as a 4-year-old in 1979 when he won the last seven starts of his career. Six of which were Grade 1 races.

American Pharoah was the first horse to break Affirmed’s Triple Crown sweep of 1978. This catapulted him to fame and eventual storied success. American Pharoah, achieved the feat in 2015 while in the care of Hall of Fame trainer Bob Baffert. American Pharoah eventually retired in style later that year after an easy victory at the Breeders’ Cup Classic.