I spent a week at the Indy 500 during the 100th running of the race. Armed with full media access and a camera, I roamed around in 100+ degree heat with 400,000+ of my closest friends. These are the best images I snagged: 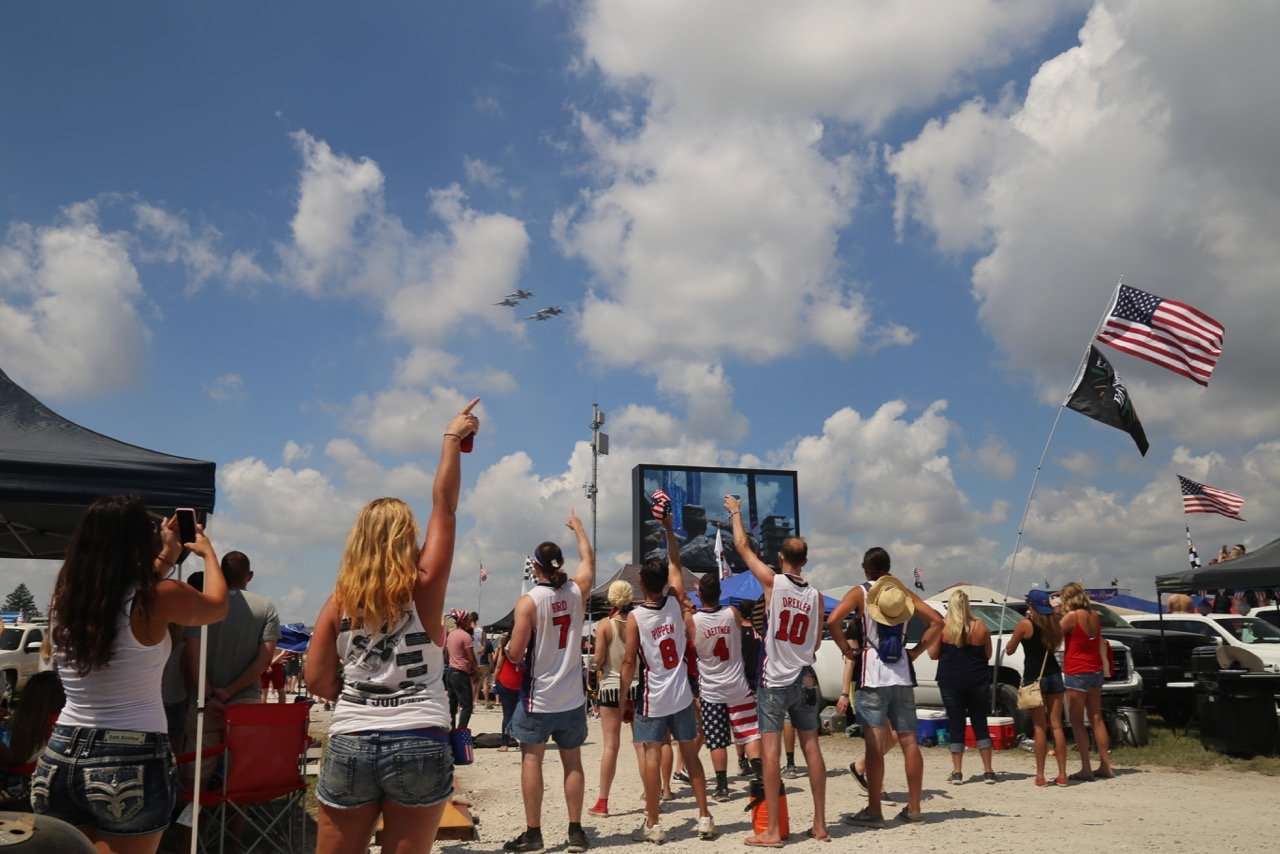 The 1992 Dream Team on Memorial Day in America at the greatest race in the world? My America Pleasure Centers were pushed into the red.

Me And Florence Henderson 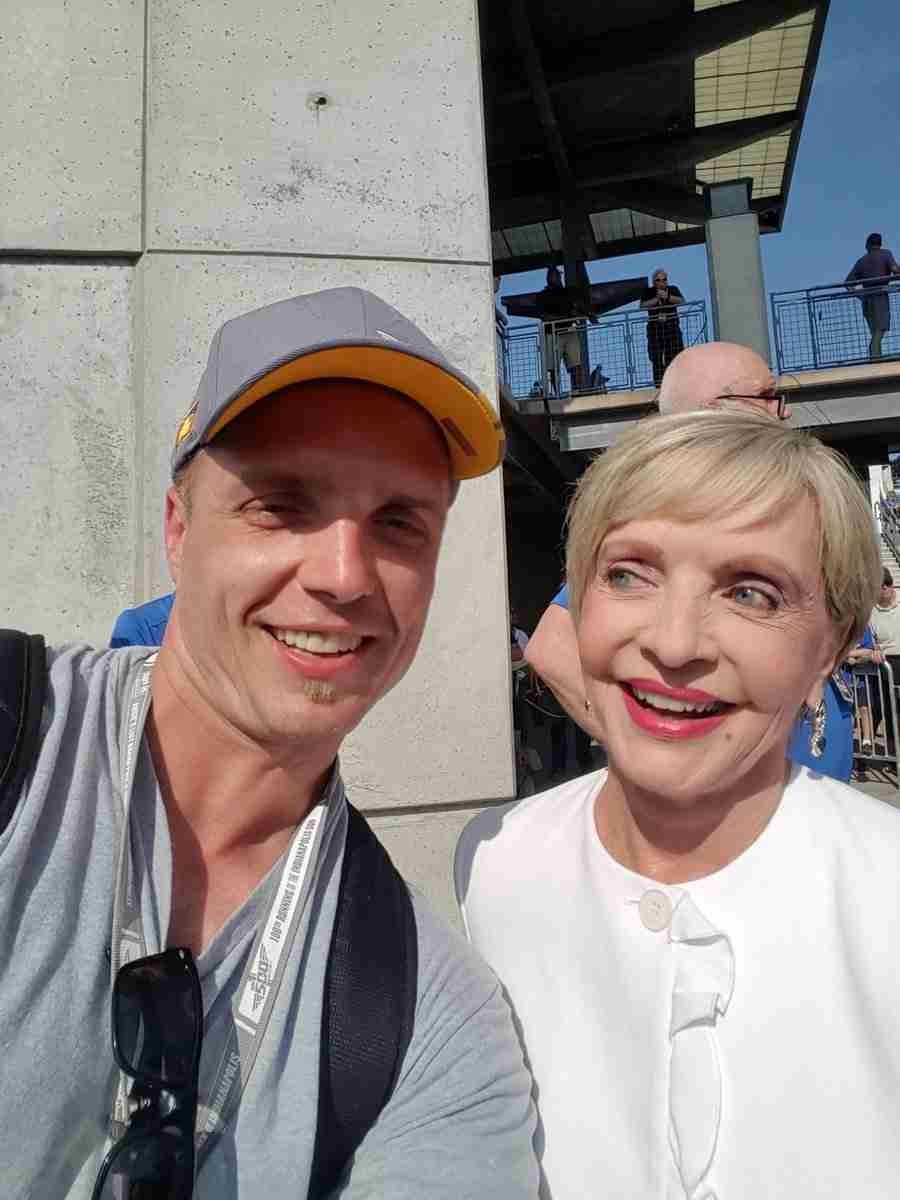 We really hit it off.

The Infield at the Indy 500 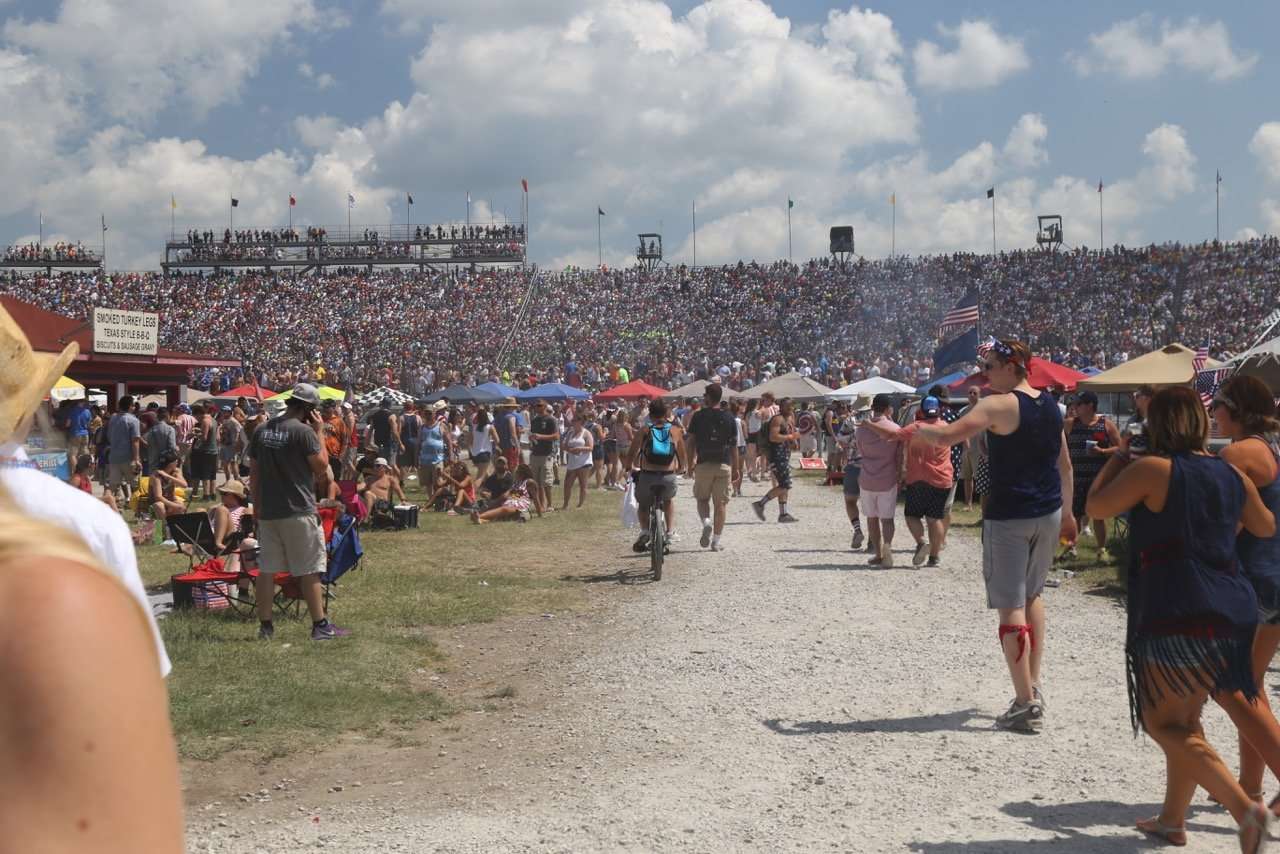 Just from that pic you can get a whiff of the stale beer and even “staler” Dad Jokes and pick up lines. 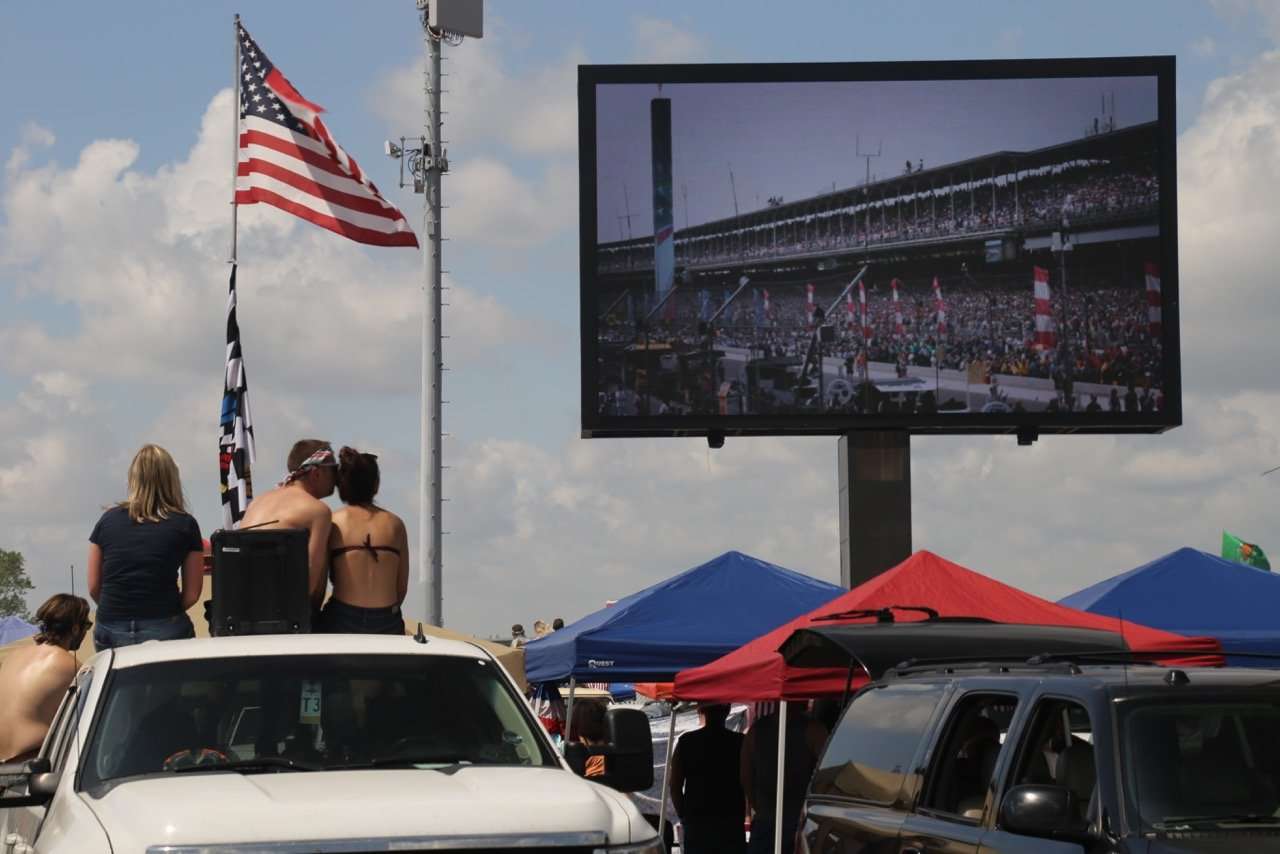 I always wonder what this guy was whispering as I shamelessly pried into their lives. I hope it was some inane conversation that couples have – “Honey, I’m about 99% sure I left the oven on.” 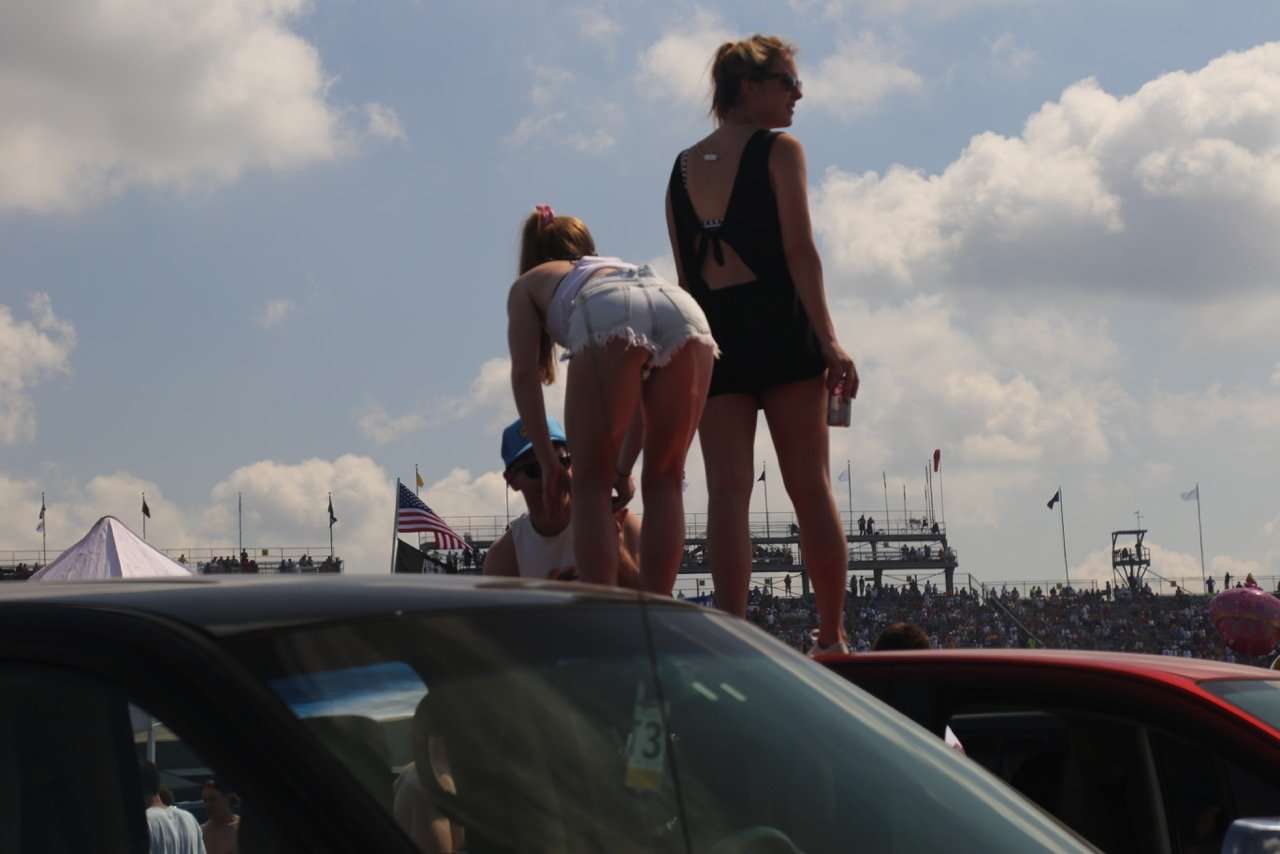 Tons of hot babes at Indy. Before you tell me what a pig I am, The part you you don’t see is what she is bending over to pick up…BOOM MERICA! 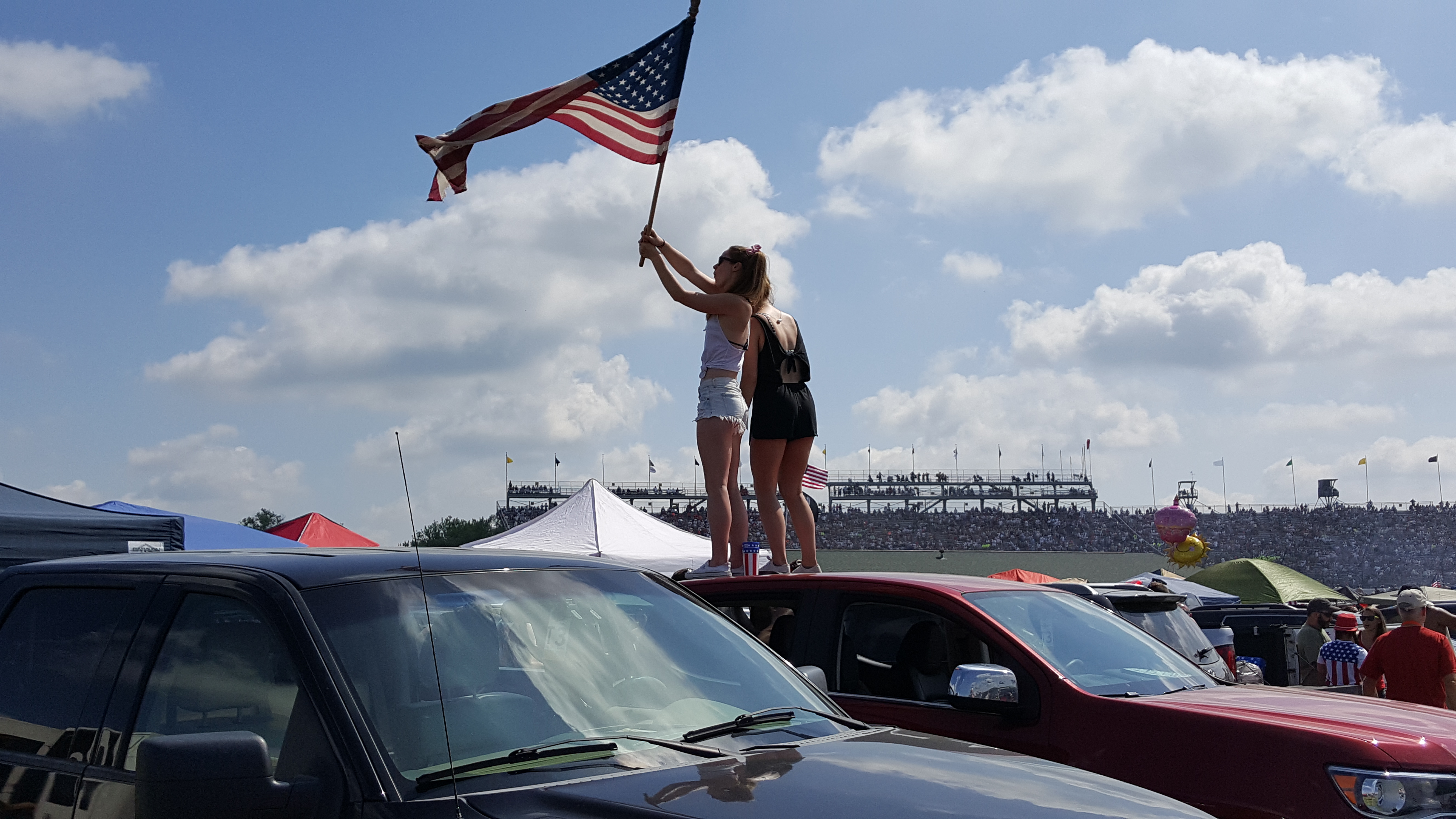 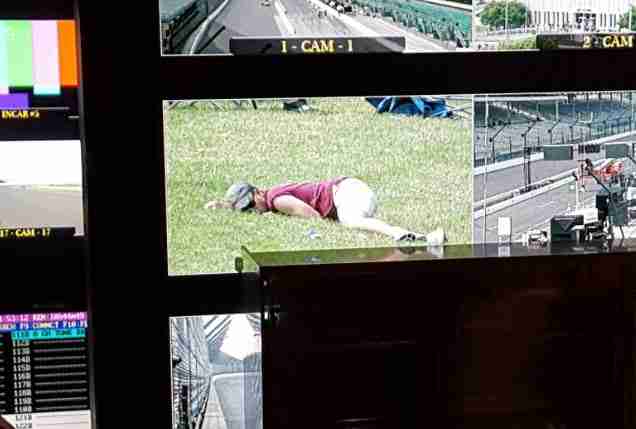 I was inside the ABC/ESPN control trailer that was broadcasting the race from multiple angles and this guy was what camera 3 was all about. 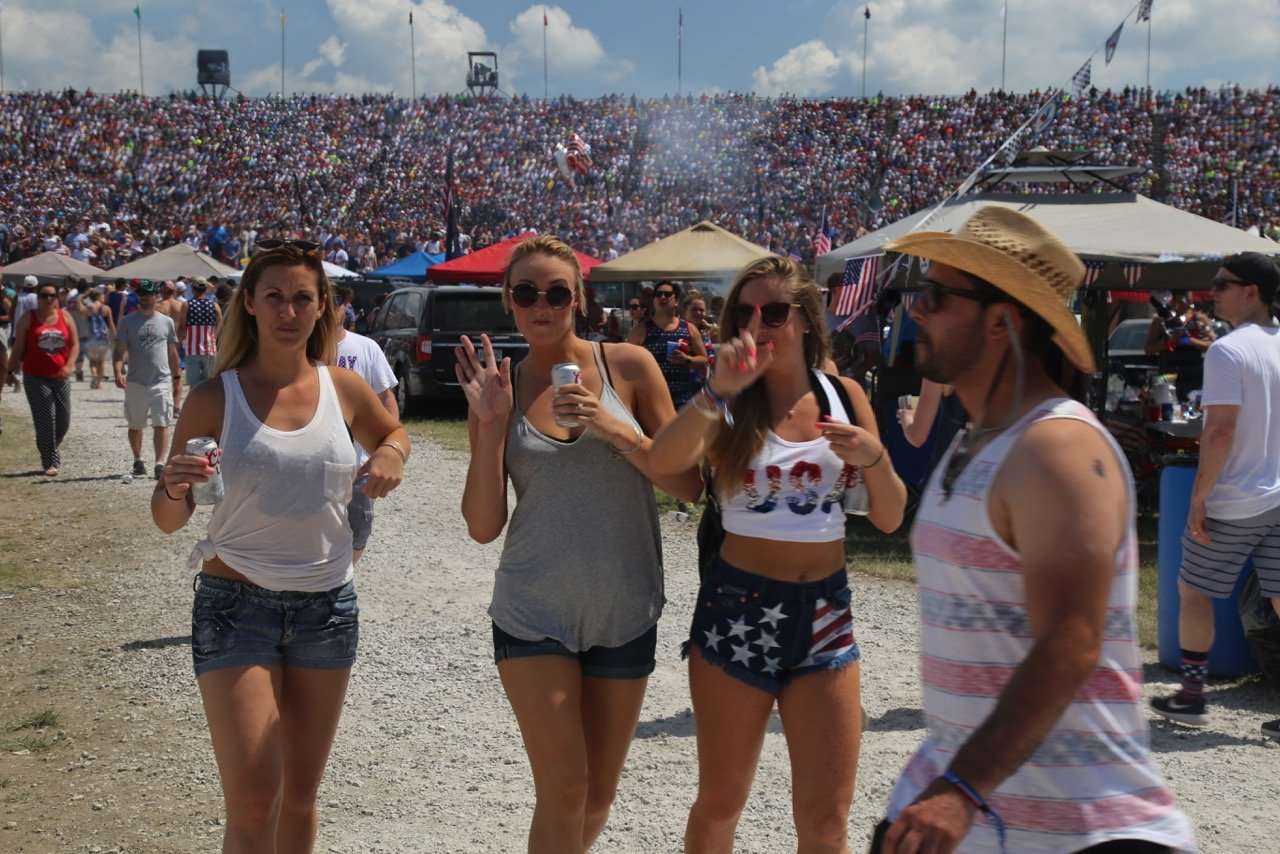 I was standing in a high-traffic area holding a big ass camera with a big ass lens. And people just started posing as they walked by, like these girls. 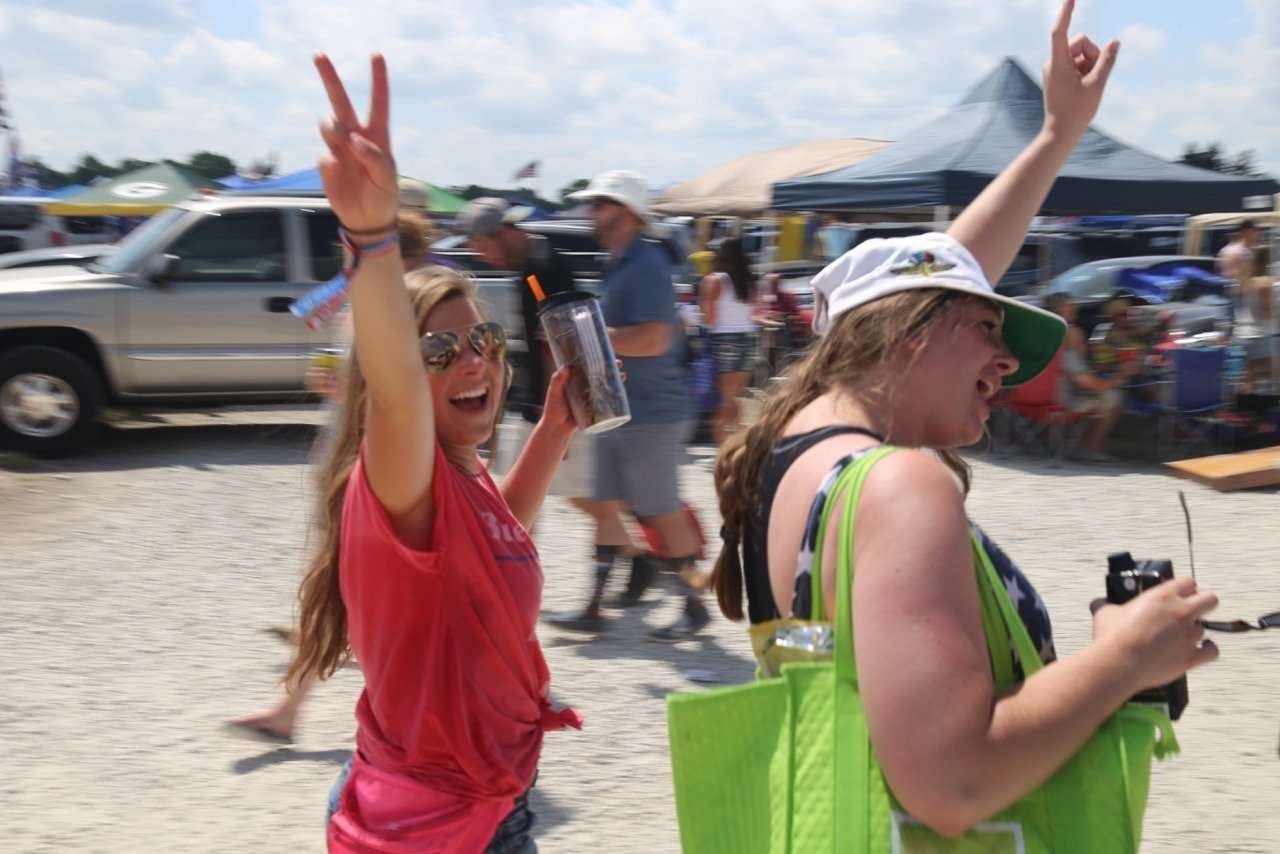 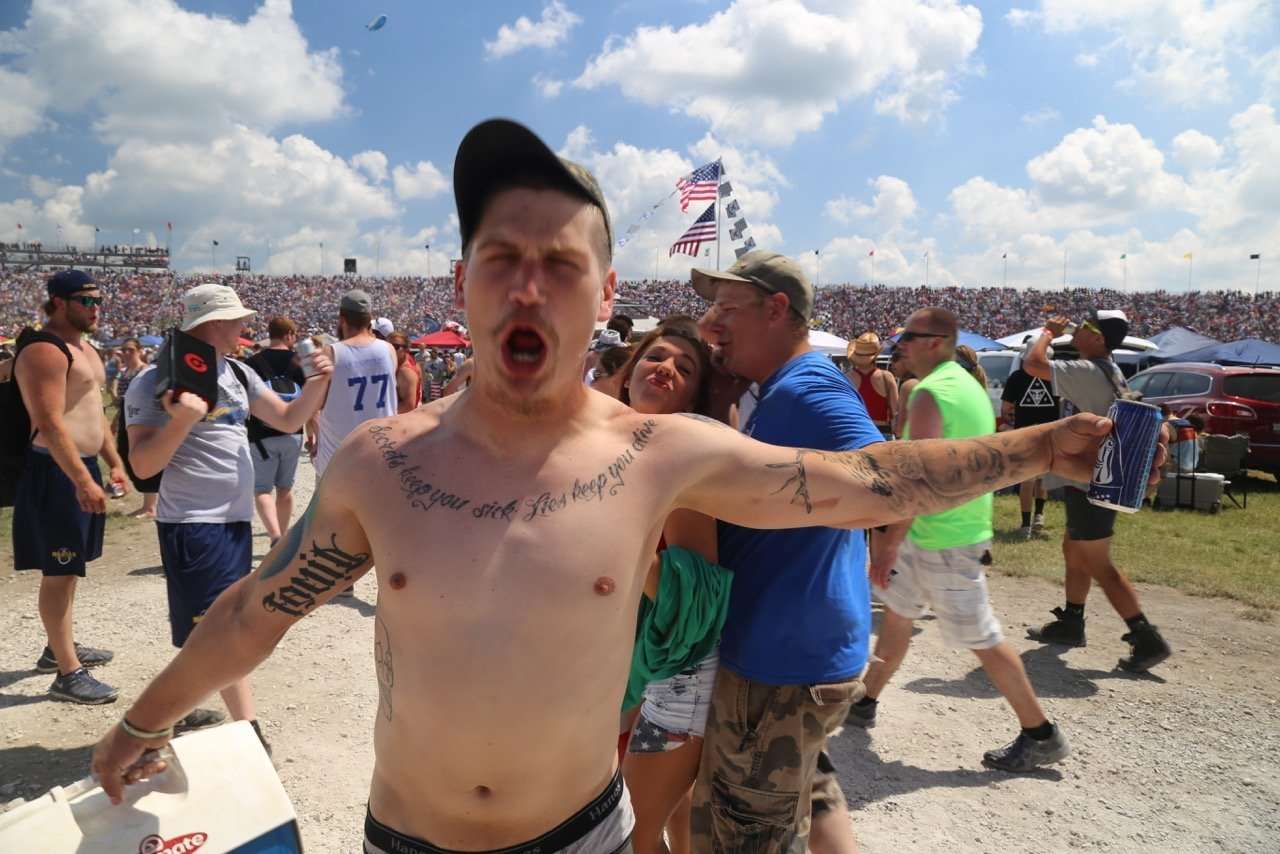 This may be my favorite picture of all and I can’t even tell you why, I just feel like this is how this guy lives his life every day all the time. Look at the hose-hound in the back mugging for the camera. 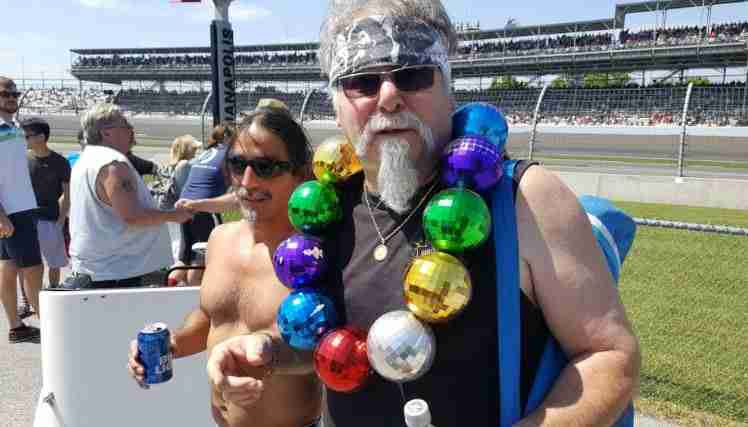 Ball Man told me jokes that still make my skin crawl as I write this. At the conclusion of each joke, Wing Nut just stood and laughed like Muttly to his friend’s Dick Dastardly.

Mario Andretti Made Us Pizza 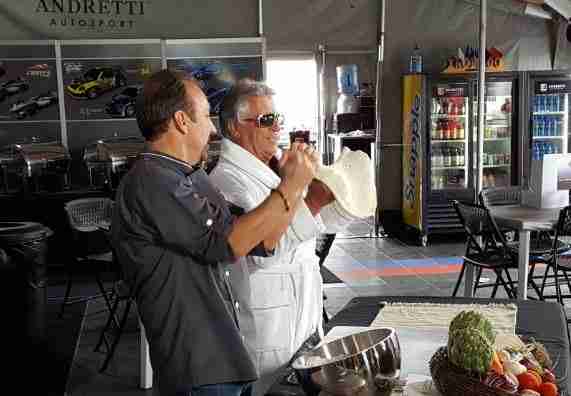 He really did. Even though it looks just like Dustin Hoffman in “Wag The Dog,” that’s actually Mario Andretti. He was then nice enough to let me get in front of the camera and ask him a few questions: 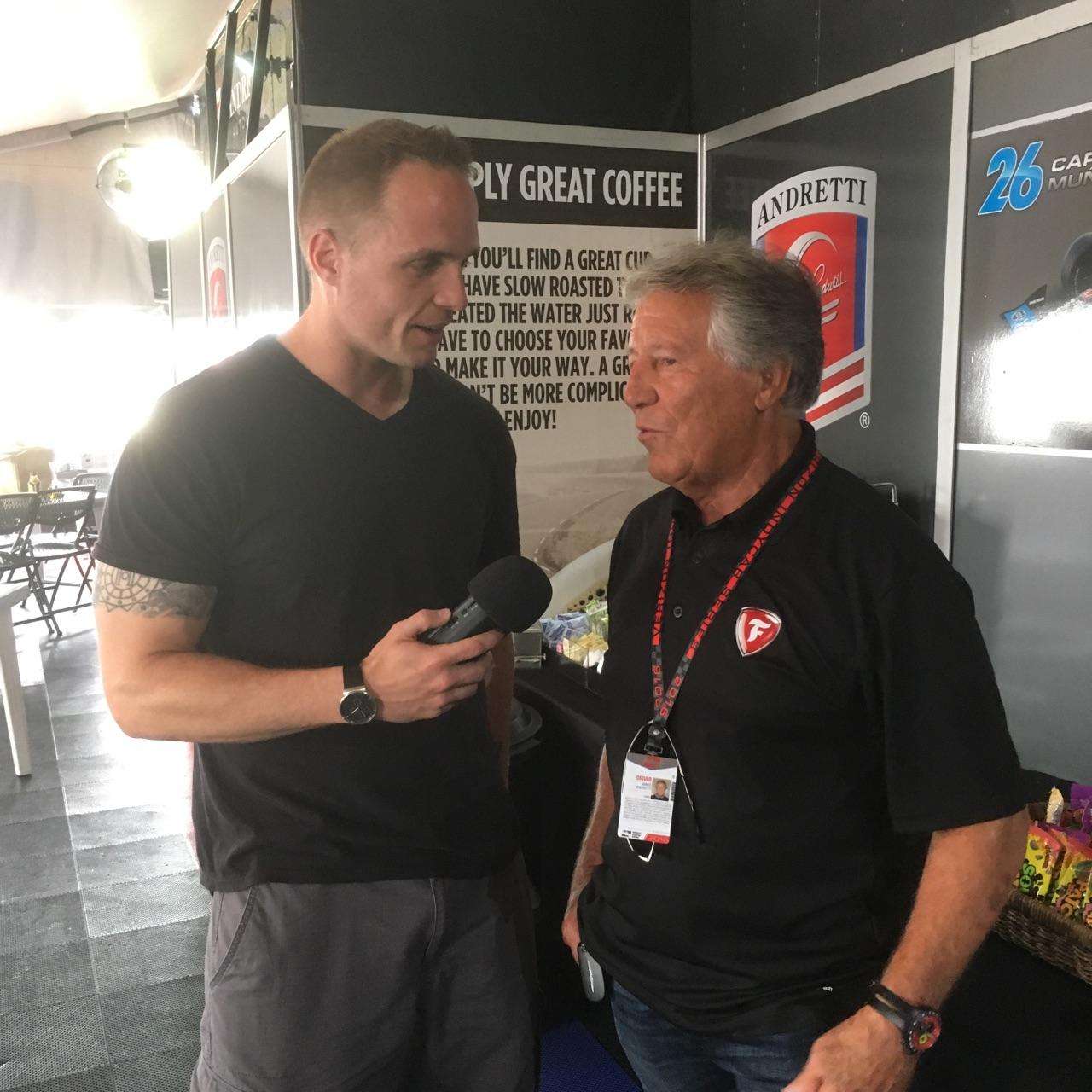 40,000 people watched Skrillex headline and tear up the stage at noon on a Sunday. Indianapolis Motor Speedway is SO big, you can’t even see most of the racetrack. And with the music, you wouldn’t even know a race was happening. 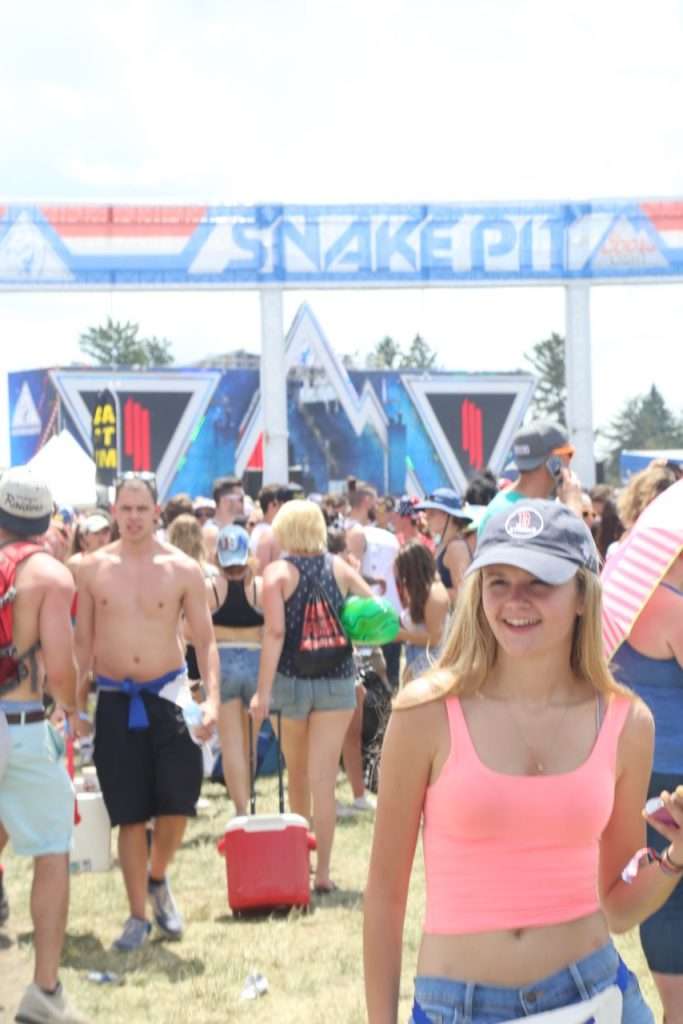 I always felt like this shot at the entrance to the Indy 500 Snake Pit could have been an American Eagle ad.

Me Beating Helio Castroneves At Racing 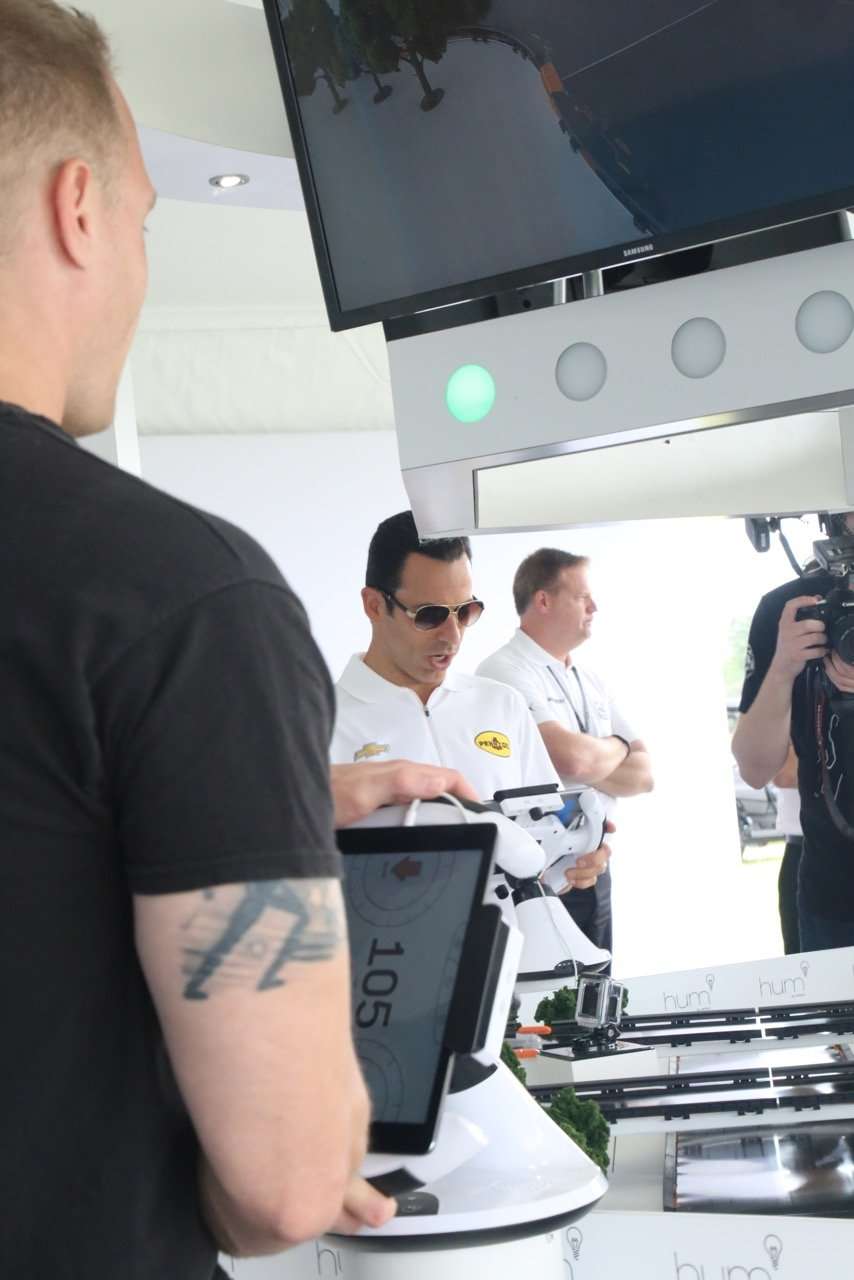 This really happened folks. I squared off against three-time Indy 500 champion Helio Castroneves in the Verizon hum remote control car race. In this pic he asked for directions on “how to use this thing” and I pretended not to hear him. 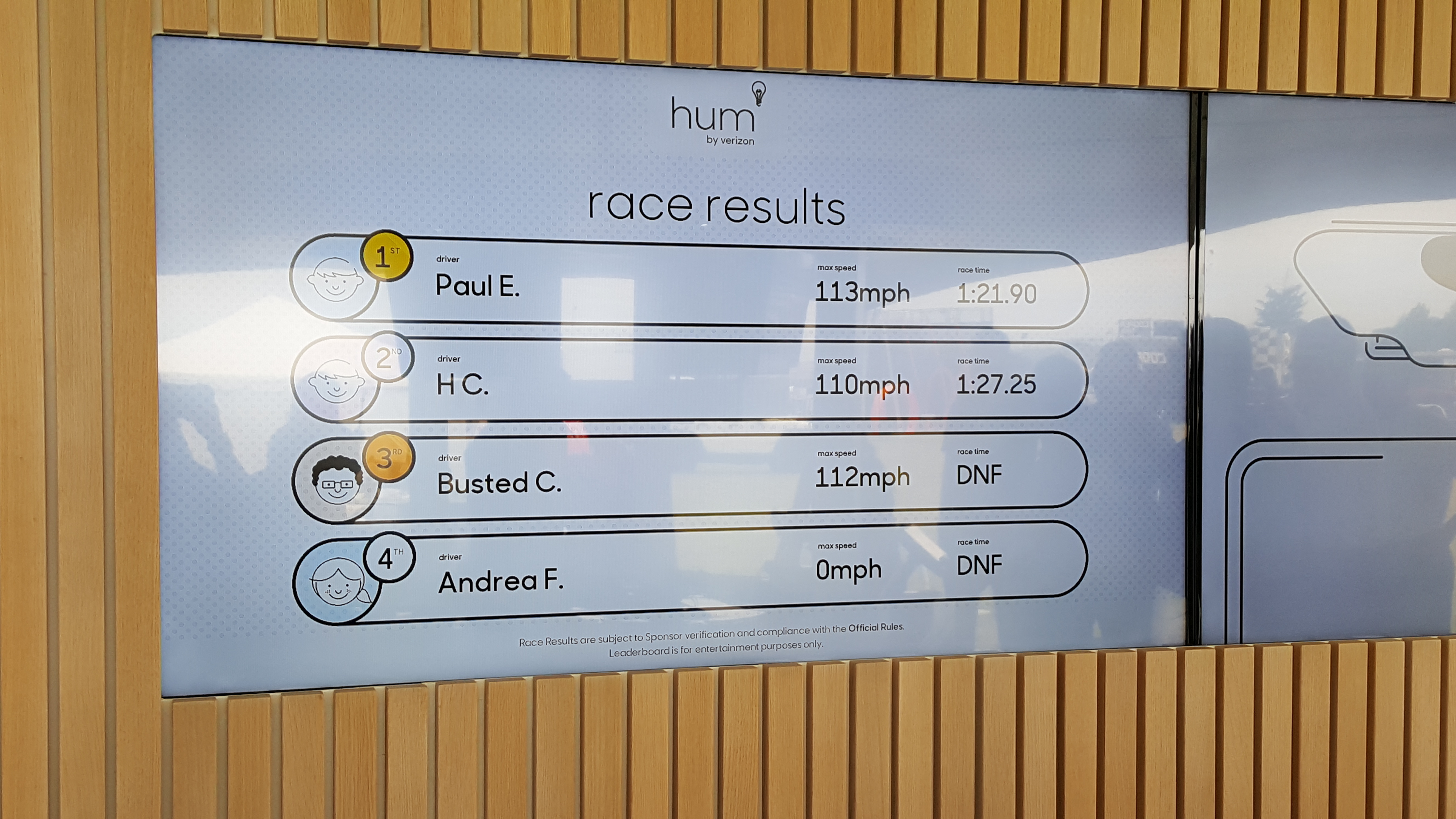 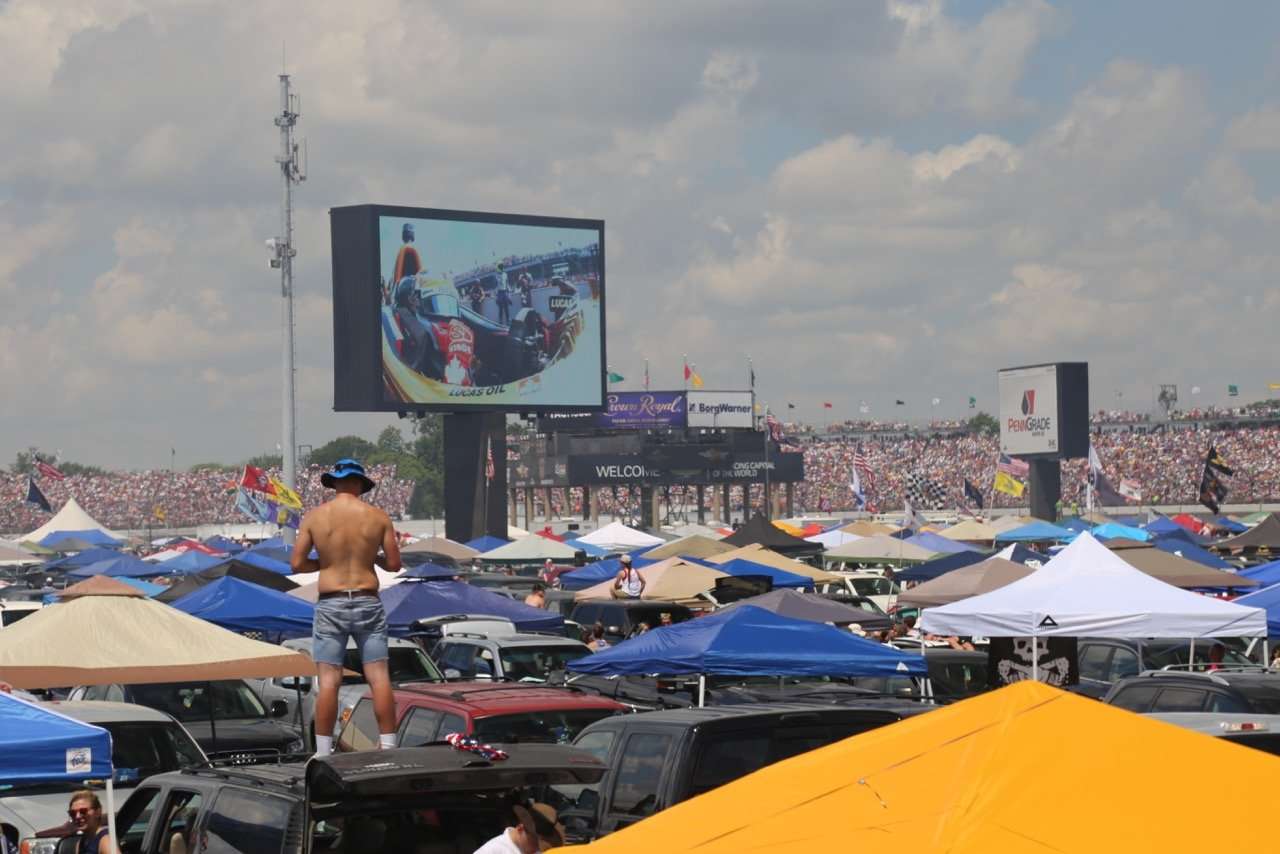 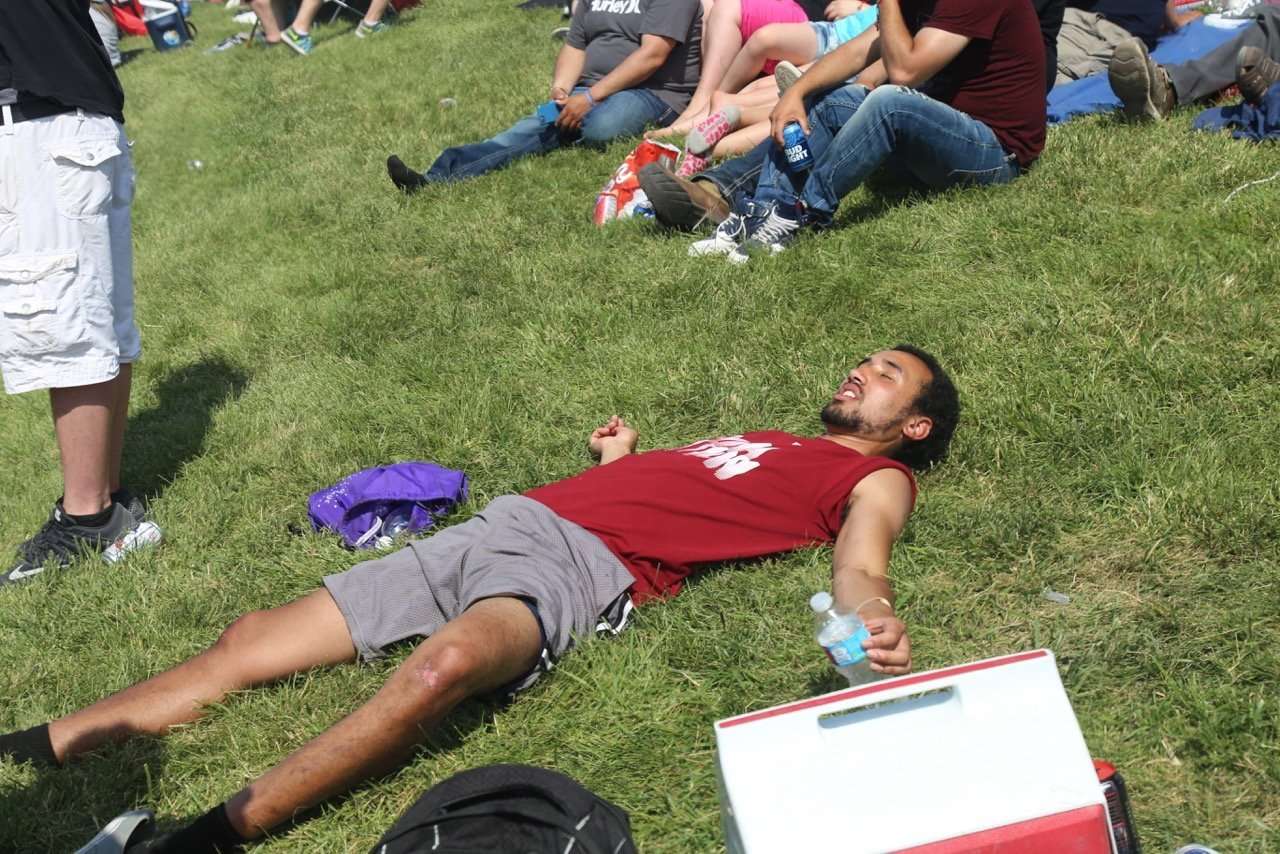 Every time I see this image, I hear this Brady Quinn quote.