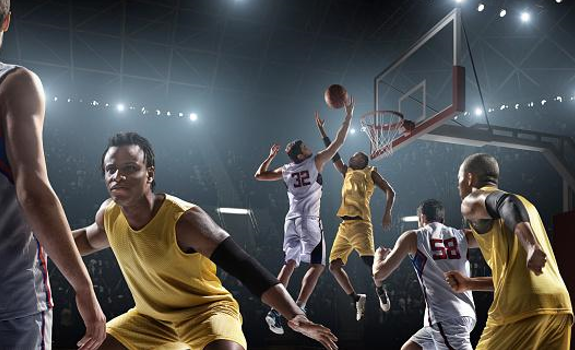 We often have long debates and discussions about ‘the bests’ or ‘the greatest’ in every sport. You would often find such conversations in news channel debates, panel discussions, or even as a part of a casual conversation in a bar or restaurant.

In the game of basketball, finishing at the rim is a lot more than scoring points. It is a culture, an exhibition of its own. Today we bring to you the top six best basketball finishers of all time. They make the impossible, possible. For them, the abnormal is always the normal. That’s why they will always remain immortal in the game of basketball.

To date, no one has ever come close to the speed, agility, temperament, force, and mentality displayed by No 0 of Houston Rockets, Russell Westbrook. This champ is a nine-time NBA All-Star and has claimed the most valuable player of the season award two times. Most number of triple-doubles (42) in one season is against his name. He is a pure gem, a league apart from those athletes who used forbidden substances to win games. We believe it would be nearly impossible to beat his records.

At the age of 22, he was the youngest player to win the ‘Most Valuable Player’ of the season award in 2011. Before Russell Westbrook came, he was acclaimed as one of the most incredible finishers of all time. He is known for all those impossible shots and thrilling finishes, more than any other player in the history of the game.

Have you seen an ambidextrous player as gifted as Kyrie Irving? He won the All-Star award six times and went on to win the Championship for the Cavaliers in 2016. He might be present all across NBA, EBC, and EA Sports, but when it comes to finishes, he is a master class prodigy. The data guys used to love him, because each game he played, he almost ended up creating new records.

This champ was named as ‘The Answer’ or the ‘AI’. He was barely 6 feet tall, but he played as if he was more than 6ft in height. This No 3 from the Philadelphia 76ers have won the NBA All-Star 11 times. From the moment he started his career, everyone knew he was a great player in making.

Speed, agility, and intelligence. the No 4 from the Washington Wizards is a perfect combination of these three abilities. He gives more than 100% each time he goes to the hole. He is a five-time winner of the NBA All-Star and was a part of the All NBA team in 2017. When he reaches the hole, defenders know that they are going to end up being sad.

Very few could match up to the speed and swiftness of Nate ‘Tiny’ Archibald. He made his way past some of the big names in the game and defenders had a very challenging time against him. A fun fact – Bill Russell had just retired when Tiny started his career. Many say Bill was lucky.

Some players are great, while few become legends. These finishers will always remain glorified in the history of basketball.