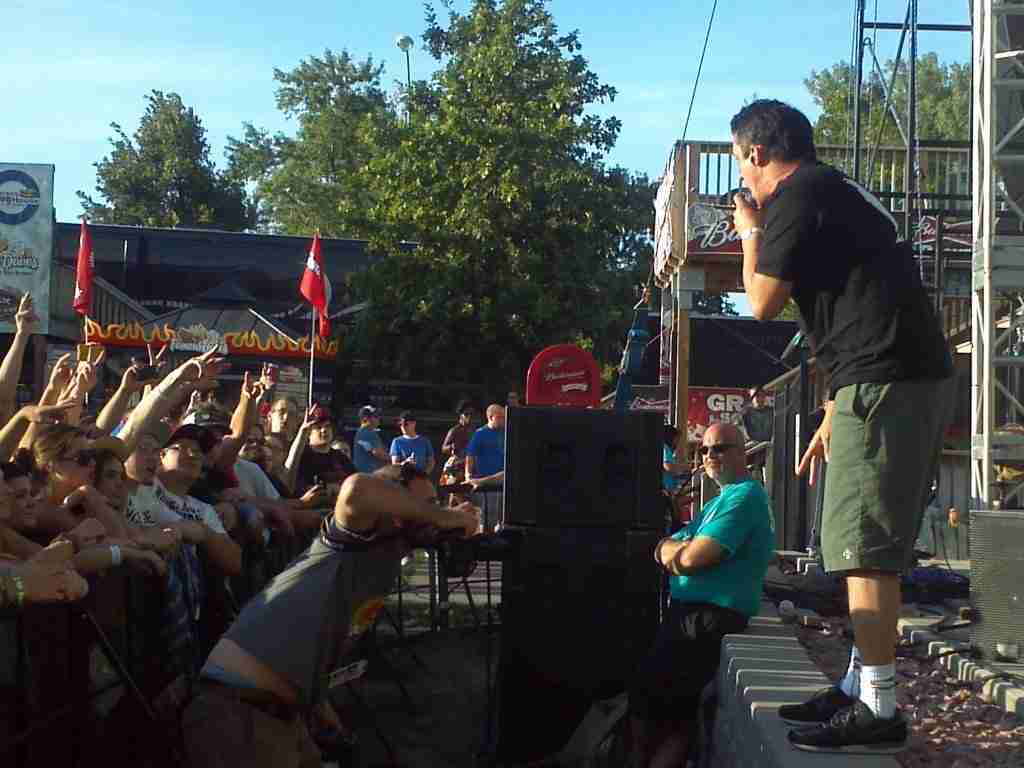 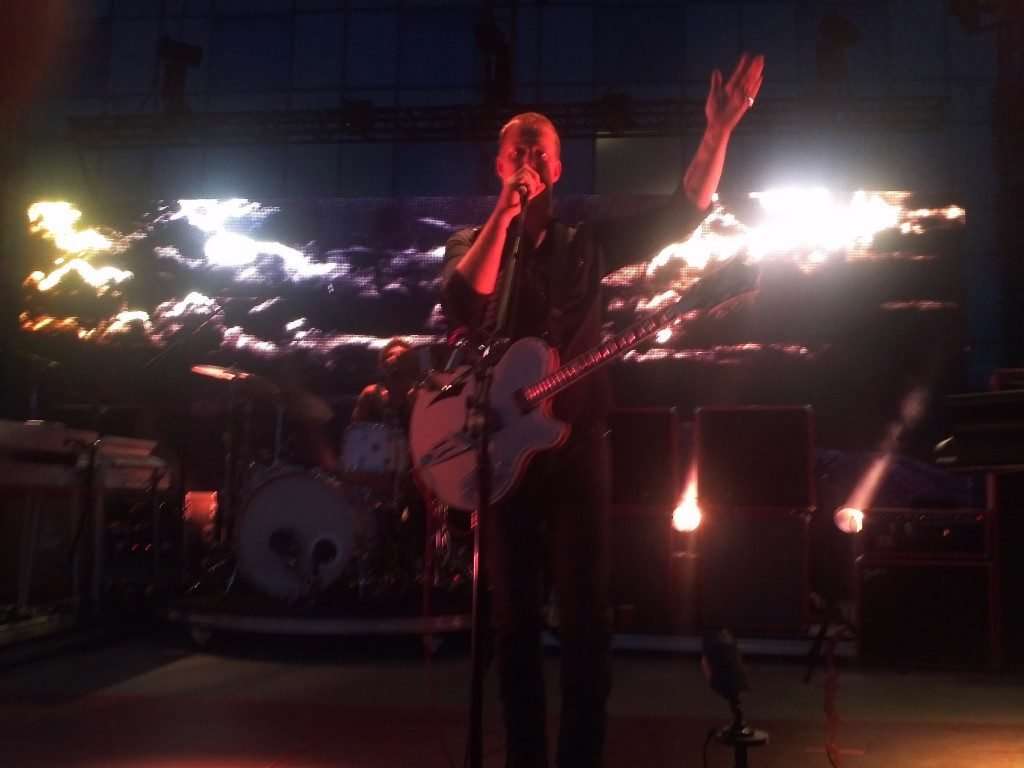 It was Sunday night and I was less than an hour from seeing Queens of the Stone Age.

And I was nervous inside.

Prior to the concert, I engaged my friend and musical mentor on a phone call, the man who got me into Queens in the first place.

Thanks to several lineup changes since their creation, I told him I wasn’t as excited as I should’ve been to see them for the first time.

And by God, was he right. It is still Queens, dude.

If I discovered a magical lamp with a hot genie (built like Barbara Eden) who asked what two acts I’d like to see on successive days that I’d never seen before yet loved for years, in perfect 70 degree weather, less than 10 miles from my home round trip, I would pick Atmosphere and Queens of the Stone Age on reflex alone, without even thinking, like a musical version of Pavlov’s Dog.

I spent Saturday night at the Kicking Up Dust Tour with Slightly Stoopid, Atmosphere and The Grouch and Eligh and I wrapped up my weekend on Sunday night with Queens of the Stone Age and British newcomers Leo Gun.

And I didn’t even need a magical lamp. Or a feeder bar.

On Saturday night during my initial stroll from my car to Will Call to grab my tickets, I walked past none other than Anthony Davis, AKA “Ant,” DJ/producer extraordinaire of Atmosphere.

I introduced myself and briefly thanked him for coming to Stir as part of the tour.

In my haste to get tickets and not wanting to be a complete fanboy, I neglected to get my picture taken with him, and we both moved on with our lives.

It was a nagging thought for the rest of the evening (cue Homer’s “D’oh!” sound bite).

Independent hip-hop artists The Grouch and Eligh opened the concert.

The former members of Bay Area hip-hop group Living Legends brought a ton of energy and set the tone of the entire show. 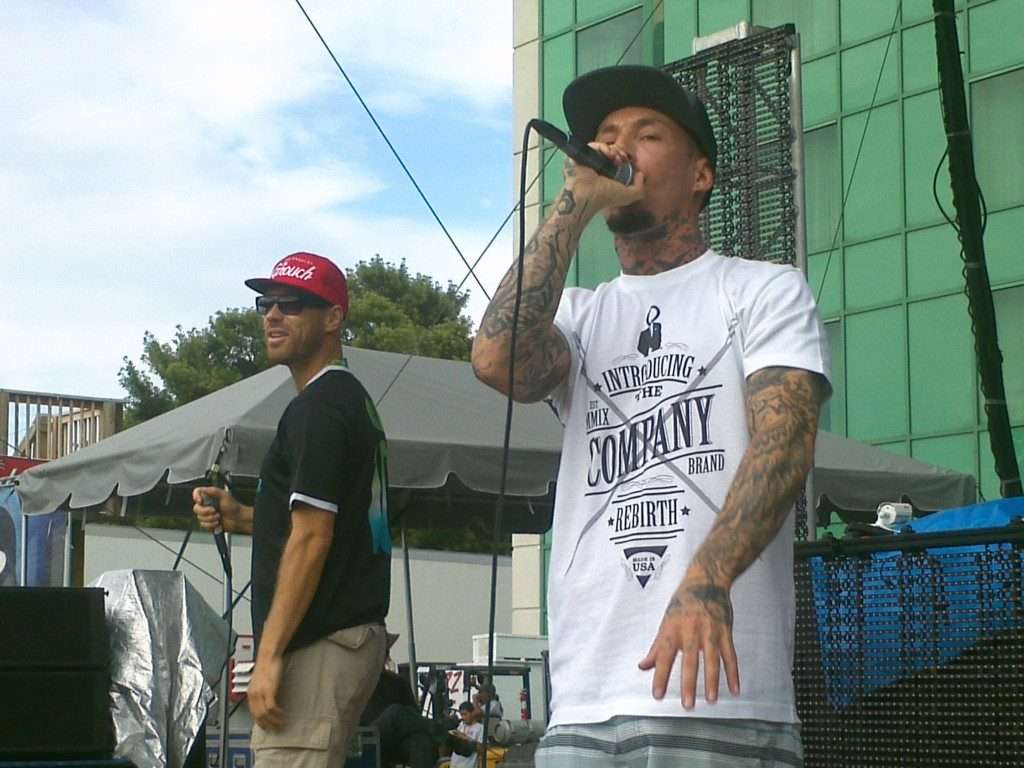 Between the end of their set and the beginning of Atmosphere’s set, I was hanging out around the merch tent.

To my right stood The Grouch, still sweating from being fresh off the stage.

“Man, I can’t believe the summer is basically over already,” said The Grouch, when I asked him how the tour was going.

“We go to Maui for a show in a couple of weeks and that’s pretty much it. It’s been fast, man.” 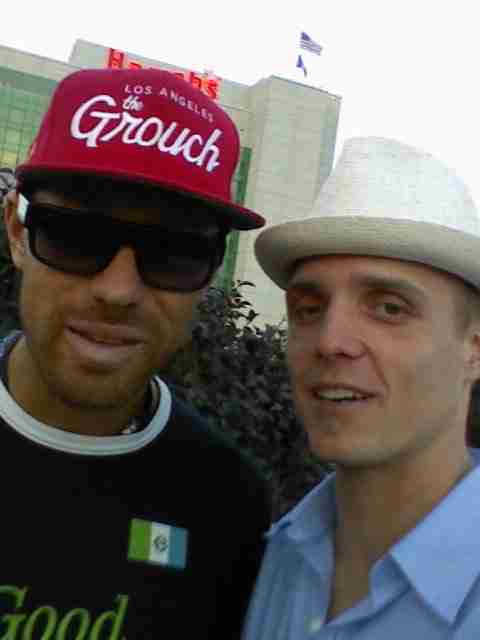 From the minute Atmosphere came onto the stage, the crowd’s level of excitement surged about 10 notches, and Slug matched their energy while Ant laid low in the background, his customary position.

He was totally invested in every song and engaged the crowd between every song.

Sluggo is a smart ass and he really gave the audience a fun glimpse into his personality throughout his time on stage. 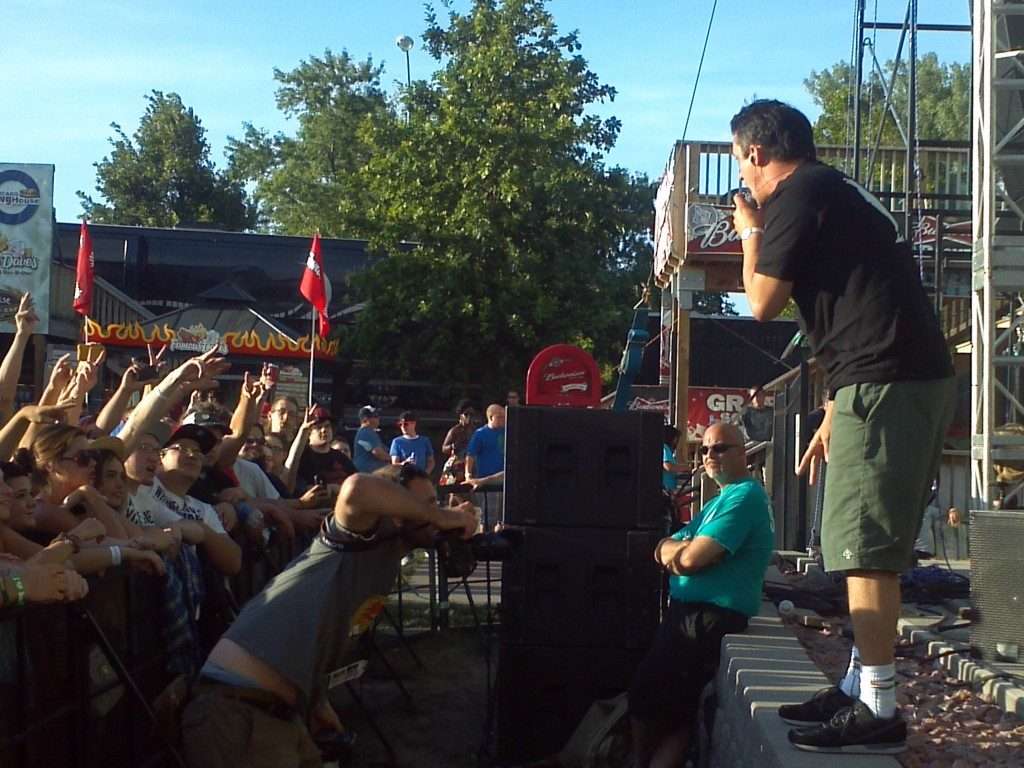 Atmosphere played a great set list, mixing songs from Lucy Ford and God Loves Ugly with When Life Gives You Lemons and The Family Sign.

After performing “Love Life,” Slug exclaimed, “Thanks for letting us play the old shit. Even though it’s older than some of you in the audience.”

Some of the “old shit” also included “Scapegoat,” “Woman with the Tattooed Hands” and “God’s Bathroom Floor.”

Slightly Stoopid may have been the headliner, but Atmosphere is who everyone came to see. 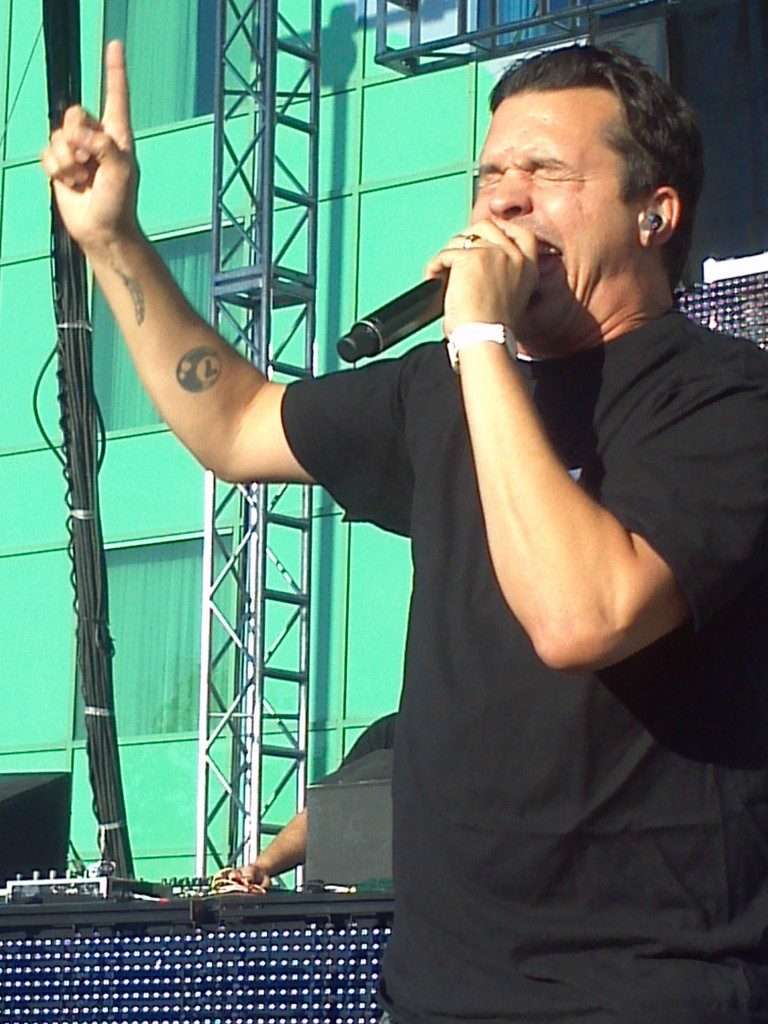 Speaking of the band from San Diego, Slightly Stoopid was good, but to me it all sounds like Sublime lite, which is certainly less filling and tastes a little flat, compared to the diesel version of growing up on Sublime.

But I did get some killer shots. 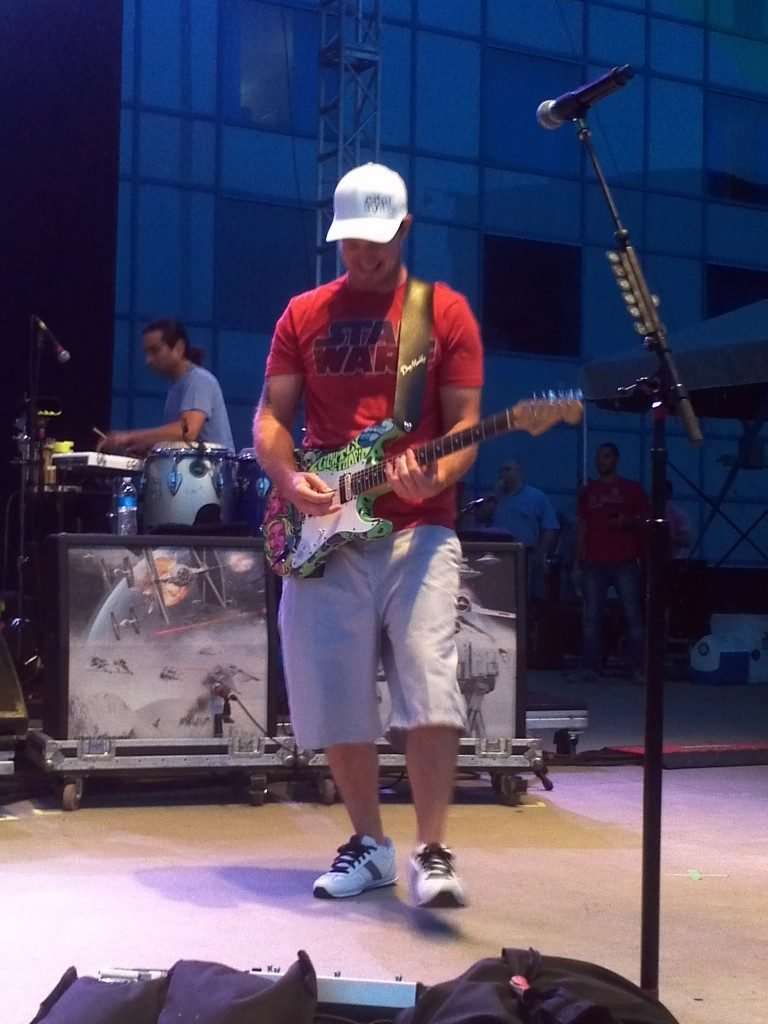 As Slightly Stoopid churned through their hit “2 A.M.,” I made my way up the grassy knoll of the concert venue and took a seat to observe from afar and compare sound quality on the outer edge of the Concert Cove.

Really, though, my express purpose was to take a final survey of the grounds to locate Ant and get a picture, as he is known to meander through the crowd at venues after his set, completely inconspicuous to the casual observer/non Atmosphere head.

As I got up to walk out, there was Ant, standing off to the side, chilling out. I approached and told Ant how much I loved his work.

“Thank you, Paul. I appreciate you going out of your way to say that.”

I asked Ant how it felt to be the most slept-on producer in the game.

And how had Atmosphere ended up at Stir Concert Cove?

“The venue is great. We took one look at it and thought it would be perfect.”

This time, I nerded out and got a picture. 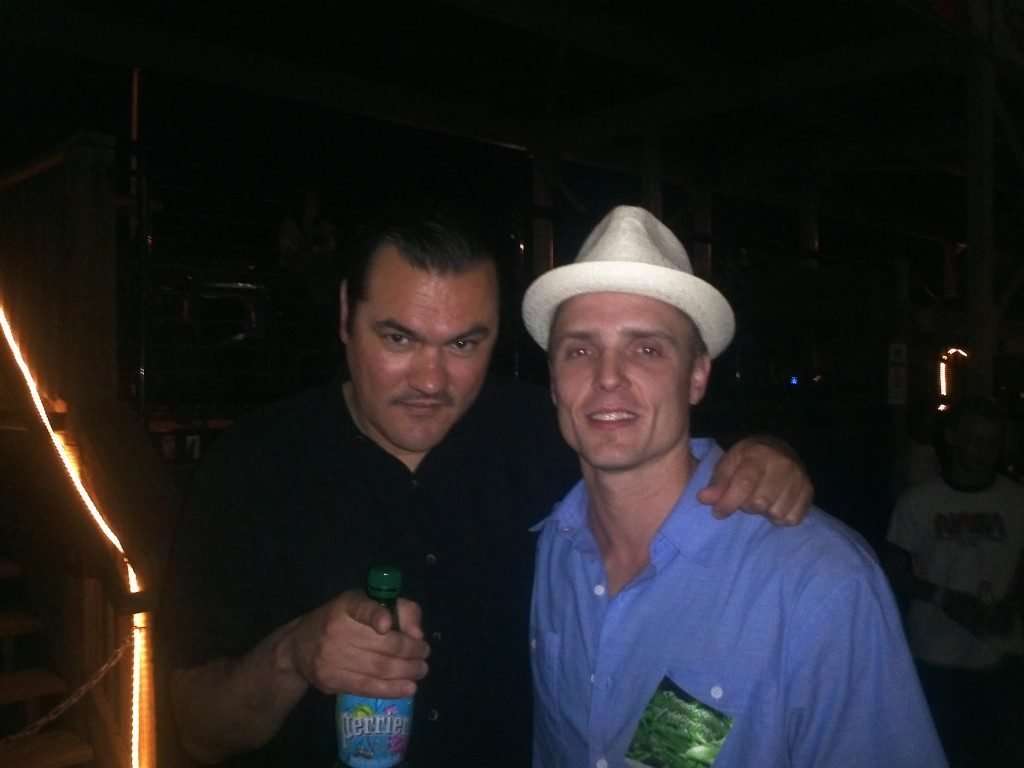 The most pleasant surprise of all the music I heard over two days was the opener for QOTSA, a band called Leo Gun.

Billed as “a three-piece band from London, surging with a mix of blues, soul and a whole lotta rock & roll,” they took the show on short notice and had only been in the US for three days.

Lead vocalist/guitarist Tommy Smith was still trying to soak it all in.

“We just can’t even believe we’re here. We’ve been listening to Queens since we were this big,” said Smith as he gestured towards his knee.

“It’s just incredible for us; just a huge moment.” Smith was a cool guy, totally authentic. And he has fantastic hair. 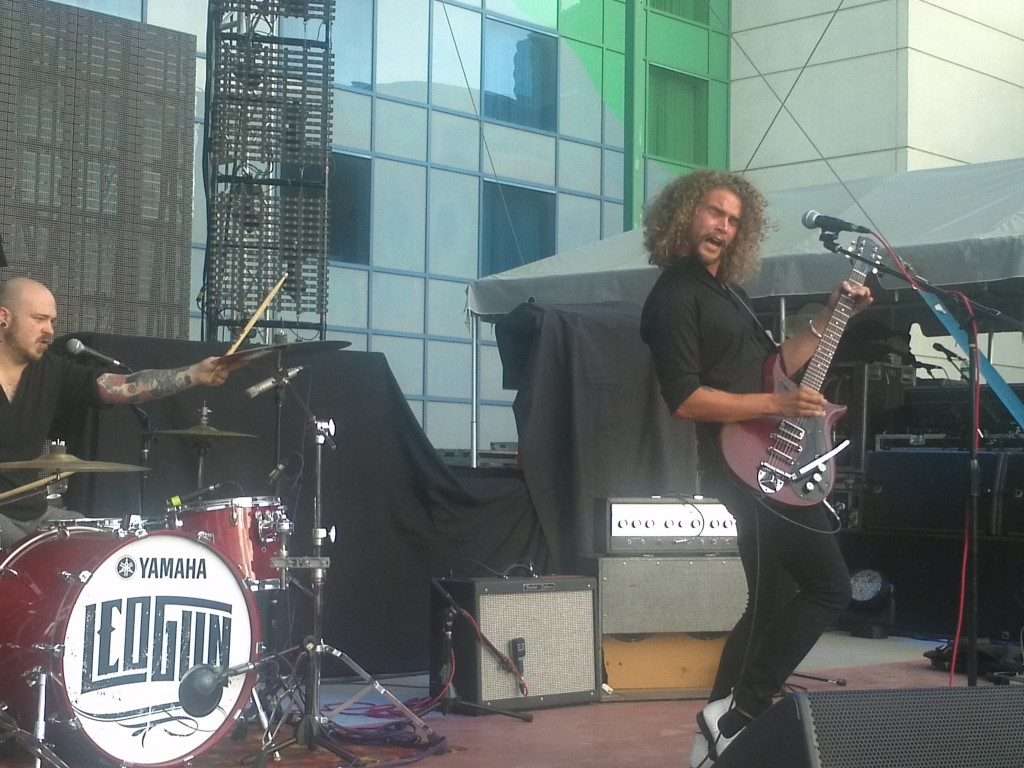 It was all just a prelude to Queens of the Stone Age, though, as they came out and blasted our earholes with “Millionaire” right off the bat.

Queens was incredibly tight and clean; there were no wasted moments, or a wasted note for the nearly two hour set. Everything was with purpose.

With Queens’ entire presentation and stage presence, you forget that they’re just a band.

It’s like they are some kind of movement rather than several humans playing instruments. 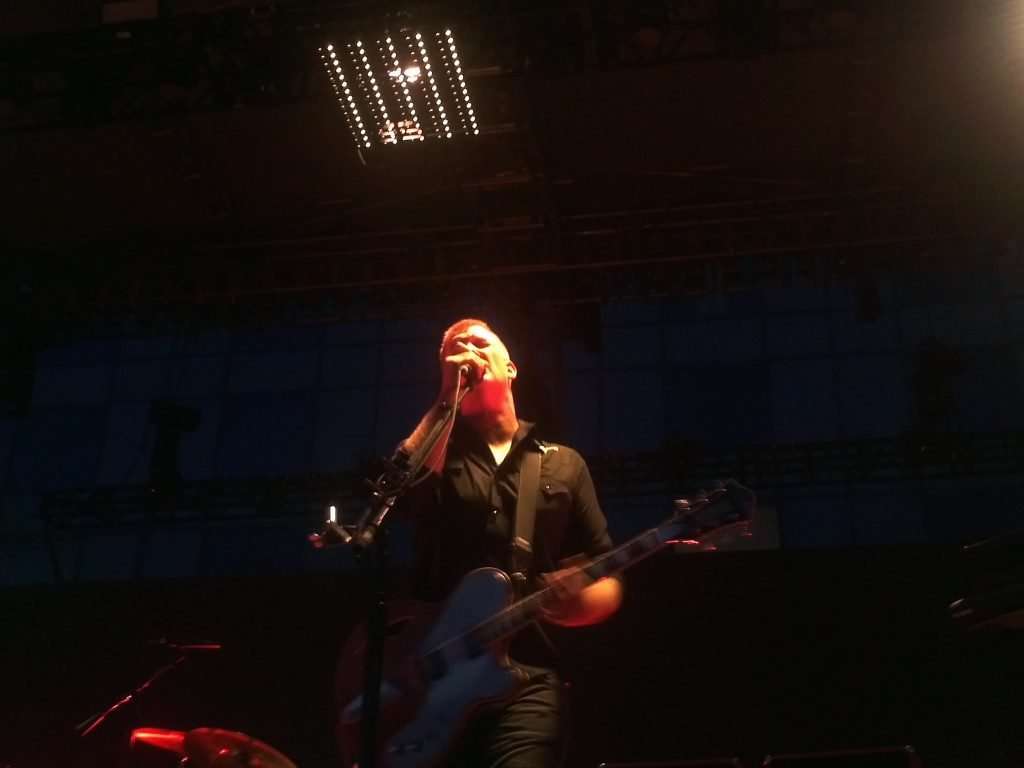 A large video board behind the band amplified this effect as it interchanged stylized images of the desert, flocks of crows and a setting sun.

On their face, those things don’t sound cool. But when you’re being assaulted with “Go With The Flow” at the same time, everything takes on more significance.

It became apparent pretty early on that it was a conscious decision to progress in a different musical direction from the first two albums, and former bassist Nick Oliveri, and the accompanying sounds his presence generated.

The thing that amazed me about both Atmosphere and Queens was the veracity of each performance, even when playing material that was 10-plus years old.

Remember how you felt the first time you heard “God’s Bathroom Floor” or “First It Giveth”?

You still enjoy both songs, but now that you’ve been listening for a period of years, it doesn’t grab you like it used to. Imagine if you had to perform those songs night after night. To the credit of both acts, neither missed a beat or lacked in any intensity.

Both shows were great in no small part to the venue. If The Four Tops or The Drifters came to Stir at just 25 percent of their original capacity, I might have to check it out.

Special thanks to Brad Streeter from Stir for hooking me up with a photo pass to get some killer shots.