If Adam Carolla hadn’t forced his way into a local radio station to meet Jimmy Kimmel and volunteer to be his boxing coach, they never would have met, and he would’ve never gotten into the entertainment industry.

In this interview, AC talks about how he used to be completely RIPPED when he was a boxer. We also talked about whatever happened to the fat kid AKA Man Show Boy that used to sell beer on corners and crack wise to adults on The Man Show, what it feels like to be mistaken for Gilbert Gottfried and/or Norm Macdonald, and his partnership with Castrol Edge.

Watch/listen to the interview here, or read the Q and A below:

Q and A with Adam Carolla

Question: My whole goal here today Adam is to get inside you

Answer: Well, welcome aboard. If you’re gonna get inside me, I need to stretch out.

Q: Sorry if I warmed it up a little too fast, I figured after all of your years on Love Line there was nothing I could say to make you uncomfortable.

A: I’m an atheist whose been beat up my entire life. There is nothing anyone could say or do that would make me uncomfortable. But Paul, you are free to try.

Q: Have you been hurt? Who hurt you?

A: Who hurt me emotionally? I’d say my parents. Physically? Guys named Ray and Chris.

Q: How did you and Castrol Edge merge?

A: I started a podcast many years ago and Castrol came aboard as a sponsor. Then, they were looking for somebody who embodied their spirit and they said, “Hey Carolla – you like cars, you race cars…how about we get together and make a really cool video and out it on the Castrol YouTube page?” And so we did. And now, it is done.

Q: Is it true you trained Jimmy Kimmel how to box?

A: Yes, I was Jimmy’s boxing coach. I trained him how to box for a morning radio stunt. He wasn’t trying to be a professional boxer or anything. And at a certain point, we became friends. And then, we started collaborating. Because I was poor, and he was poor, and he wanted money so he could buy pizza ovens and big houses in the Hollywood Hills, and I wanted money so I could buy race cars. And look at us, 25 years later almost, we’re living the dream.

Q: Dude, you were ripped.

A: Yeah…what? What are you looking at?

Q: I was looking at the Castrol Edge video provided by Castrol Edge. There’s a still of you jumping rope and you’re just ripped.

A: Yeah, I used to be in good shape. There were two things. One, I used to teach boxing. And two, I used to be poor. So all I did was skip rope all day and I couldn’t eat. But now, I st around all day and talk to schmucks — not you — journalists, I mean. And now I just sit around and they bring me food. And I sit on my butt and talk all day. Obviously, I’ve put on a couple pounds.

Q: It sounds like you’re telling me that if you don’t eat at all and work out intensely, with a high level of “edge” if you will, you will lose weight.

A: Yes! I’m thinking of writing a very controversial diet book called “Stop Eating So Much And Start Skipping Rope And You Shall Lose Weight.” I call it the North Hollywood diet. You’re just destitute and poor, and you just skip rope all day. And the pounds just melt off.

Q: The email I received prior to this interview noted the importance of every day exhilaration. It kind of sounds like that is what you are talking about.

A: Yes. Put yourself in a situation that is exhilarating. I did a professional trans am race about a year ago at Willow Springs, one of the fastest tracks in the US. I was driving a C7 Corvette with 850 HP, that I’d never driven before. I got to the track to race and I thought, “My God, what have I done? This is the worst idea I’ve ever had.” I ended up getting third place which got me up on the podium. And when I got out of the car, I never felt better in my entire life – I couldn’t believe I was able to do that. I think about those experiences and you have to put yourself into that position. And that’s what Castrol Edge is about. I put myself into those positions.

I did Dancing With The Stars specifically because I couldn’t dance. At first when they asked, I said “No. I can’t dance.” Then I thought wait a minute, I’m scared to death. And then I said yes, because it scared me to death.

Q: What did you find on the other side, after the fear, past the exhilaration?

A: You get to take that experience with you. So, I’d done the professional Trans Am race ad I was scared to death. I completed that. I did Dancing With The Stars, I was scared of that. I completed that. Well actually I got booted on the fourth episode. But I took those experiences and I put them in my pocket. And then when it came time to talk to Paul from the I-80 Sports Blog, everyone else was like, “Oh my God!” But I was like, “Relax — I got this.”

Q: All those experiences, Adam, all that exhilaration, lead to this.

A: To this one moment.

Q: Yes, to this one moment in time that we are now sharing.

A: I’m silently sharing it with you, as you speak.

Q: Can I ask you a Man Show question?

Q: What happened to that fat kid that used to sell beer on the corner and make witty remarks at people?

A: That was MSB – “Man Show Boy.” Man Show Boy is probably in his 30s and in rehab now. I don’t know. His name was Aaron. He was a sweet kid. He would come to play softball with us every year when we wrapped the show. And he would bring his dad with him. And he was a sweet guy. I have not kept up with him. I do not know. And he must be…he’s probably 33 now or something.

Q: Was he fed all those lines? Or was he coming up with that himself?

A: No, we would feed him the lines. He’d put in an IFB ear piece and we’d sit in a van nearby and feed him the lines. It cracked me up. Another thing I remember about him is that he couldn’t ride a bicycle. There was a bit that Bobcat Goldthwait directed and at the end he was supposed to be riding a bicycle. But instead, he was just pushing the bicycle. I couldn’t wrap my mind around that. But who needs bicycles? They don’t take Castrol Edge. They just take leg power.

Q: I’ve got an Edge-y question for you Adam. Back to the Love Lines era, was there ever a story or situation that made you physically aroused? Or, did the experience of that show completely relegate you to asexual status?

A: I was probably relegated to asexual status somewhere around the ninth grade. So it wasn’t Love Line that pushed me in that direction. But, it cemented my status as asexual.

Q: At this point in your career, how often do you get mistaken for Norm Macdonald?

A: I do get mistaken for Norm Macdonald on occasion which is better than getting mistaken for Gilbert Gottfried.

Q: And it’s probably better than being Norm Macdonald as well, right?

A: It’s better than being Norm Macdonald because he doesn’t have all of my race cars. And he’s not sitting here talking about Castrol Edge.

Q: I forgot about Gilbert Gottfried. Has that actually happened to you?

A: Yes, and I don’t know why. He’s four feet nothing and doesn’t even own a car. He doesn’t drive – he literally does not have a driver’s license.

Go to Castrol USA YouTube Channel and you can watch me drive. “Rain Starts Play” is what the video is called. 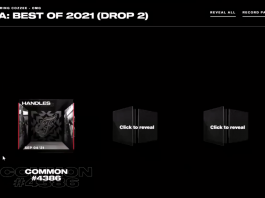 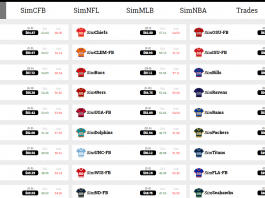 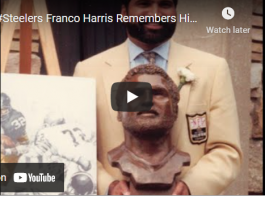 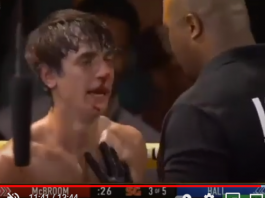 Bryce Hall vs Austin McBroom FULL FIGHT – Battle of the... 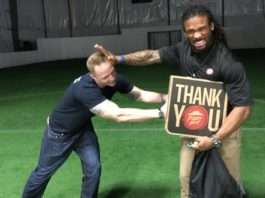 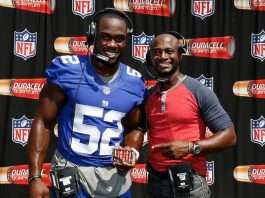 Jon Beason Will Tackle Taye Diggs AND Your Mom – “I...