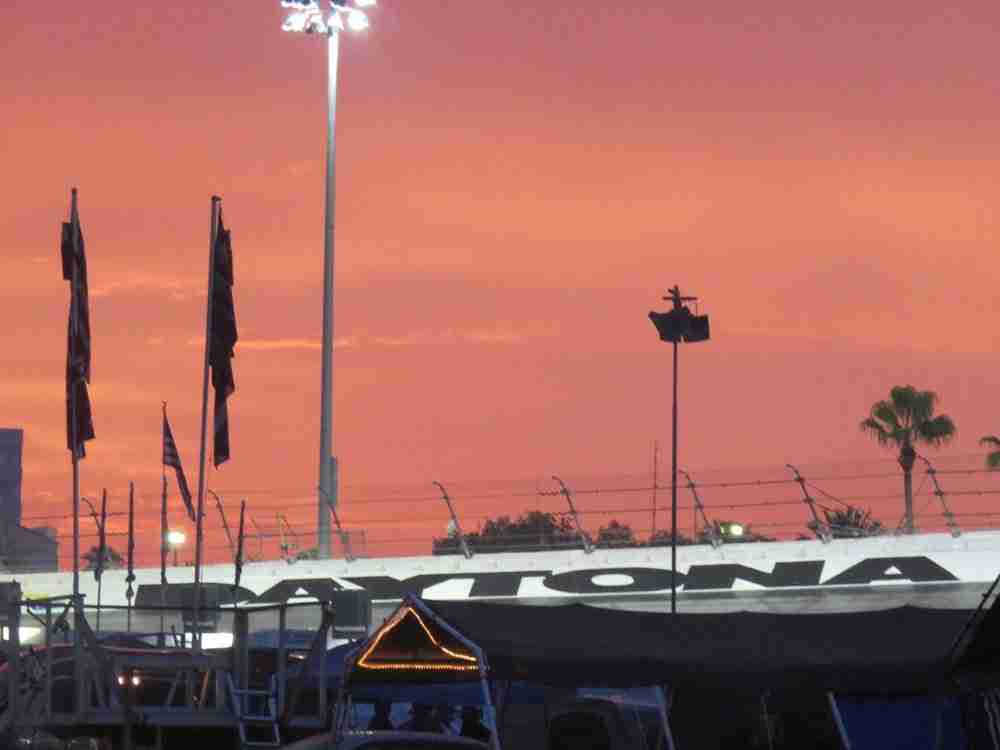 The NFL has gotten fat and happy and doesn’t appreciate fans like it used to. Sure, you’ve put on a few pounds and have developed a wicked bald spot, but what if I told you there was a professional sports organization — replete with all the strategy and personality types you’ve grown to love — that would actually love you back?

NASCAR is the best sport you currently aren’t paying much attention to. While the big four — and especially the NFL — have stagnated, NASCAR has developed into an enthralling spectacle full of nuanced strategy and non-stop action. Before the season starts again in February, here are five reasons you should be watching.

1. True David vs Goliath Scenarios
“In a sport where 43 different teams are separated by less than a full second, every little advantage goes a long way,” says Cole Whitt, 24-year old driver of the #35 Speed Stick car for Front Row Motorsports.

Each Sunday during the season, Whitt squares off against legends like Tony Stewart, Jeff Gordon, Dale Earnhardt Jr. and Jimmie Johnson. He has had success, finishing a career-best 13th at the GEICO 500 at Talladega, even though his team operates on a budget roughly 1/8th the size of the larger teams.

“There is no doubt those guys are all great drivers, but I also believe I am as good as them if given equal chances. The big teams have the budgets to be allowed to push the rules and not have to worry about being in trouble and getting fines from NASCAR. They have the budgets to just pay it and move on and try pushing the limits again. For us, if we get caught for something outside the box and get a fine, it would pretty much end our season because the crew chief will lose his job. We just have to defy the doubt by being consistent and getting the most out of everything we do.”

Check out this video of Cole’s journey from winning carting national championships as a pre-teen, to competing at the highest level of the sport.

2) You’ll Never Hear The Term CTE
Did you know NASCAR came into being as the result of bootleggers arguing about whose driver could navigate the terrain down a mountain the fastest and drop off a delivery at a local speakeasy? NASCAR is rooted in bootlegging and because of this, doesn’t take itself too seriously.

As NASCAR evolved, and speeds increased, successful teams ditched pit crew members who were there to hang out and smoke cigarettes. Now, racing teams recruit athletes from other sports to fill positions.

You won’t hear about CTE, but that doesn’t mean safety isn’t a primary concern, for spectators and drivers alike. Watch Austin Dillion’s crash at Daytona during the 2015 Firecracker 400 and consider no one was injured. It was no miracle, but rather the result of years of engineering.

3) Higher levels of strategy and execution
“”NASCAR is seen as a guilty pleasure by a lot of people,” said NASCAR on NBC play-by-play announcer Rick Allen when he

told me about the way NBC positioned its broadcast. “We’ve all heard the jokes about endlessly turning left. But there is so much more to it. We want to explain and explore the strategy. Think about it in terms of football. If you run the ball on first and second down, you’re setting up a downfield pass on third down to the tight end. There is every bit as much strategy in NASCAR.”

The target goal for a pit stop is 13 seconds, and a lost second in the pit can translate into as many as five car lengths over the course of an entire race. The average time it takes to unfasten all five lug nuts on a single tire is just north of one second, with three tenths of a second allotted per. I can’t even brush my teeth that fast. What can anyone do that fast? (Stop snickering.)

“During a race this season a pit crew had a nine-second pit stop and the other teams couldn’t figure out why,” said Allen. “Until they watched the video and saw that the team had increased the RPMs in their drills.”

“Some teams are only using three lugnuts on tires for a faster pit time. Even though it’s faster, you think the driver doesn’t know that and it isn’t going to affect his approach? All of these things are going on at once and we try to bring that to the fans during our broadcast.”

4) The Live Race Experience
NASCAR cares about its fan base and doesn’t treat paying spectators like they are fortunate to consume the product. No major sport allows access to the facilities and the drivers the way NASCAR does.

“I believe the coolest thing about NASCAR racing is actually going and experiencing the cars in person,” said Whitt. “Just to see the speed of the cars and the noises, not to mention I believe NASCAR has the best tailgating of any sport. I don’t think people realize just how big of a stage NASCAR gets, the attendance in terms of fans; it’s like the Super Bowl but every single Sunday during the season all across the U.S.”

Most races during the season last an entire weekend, starting on Friday with the Camping Truck World Series, the Xfinity Series on Saturday, and the Sprint Cup on Sunday. Between races, fans are treated to live music, can camp out for the duration of the weekend, and are allowed to bring a cooler with their favorite beverages into the stands. It’s truly a festival vibe without the restrictiveness of an NFL game.

Each racetrack has its own feel and personality and impacts the outcome of the race, the way Major League Baseball’s Wrigley Field or Fenway Park and their unique dimensions and configurations can impact the outcome of a game.

The most impressive sensory experience of attending a race is the sound of the cars. It isn’t just a sound that you hear with your ears, but a tangible vibration you feel in the depths of your chest. Attending a race in person will hook you on watching NASCAR on television.

5) Constant Action
In NASCAR, everything is predicated on speed, on and off the track, which means there are no television timeouts or pauses in action thanks to endless replays. Even during a yellow flag caution, things are happening that can determine the outcome of the race.

“I just like to see the speed of the cars. I mean it’s amazing our cars corner as fast as they do,” said Whitt about the pace of a race. “Our cars have 16 inch rims and 27 inch tires, which makes for a large sidewall, but our cars still run around Texas at an average of 196 miles per hour. That’s an average, so our top speed is probably about 202 and cornering around the 180s. The biggest misconception is that people (who aren’t familiar) just see cars going in circles over and over every weekend. There is so much engineering going into these races, it’s incredible.”

Jeff Blake Interview: How To Throw The Deep Ball

Khalil Mack – Everything You Need To Know