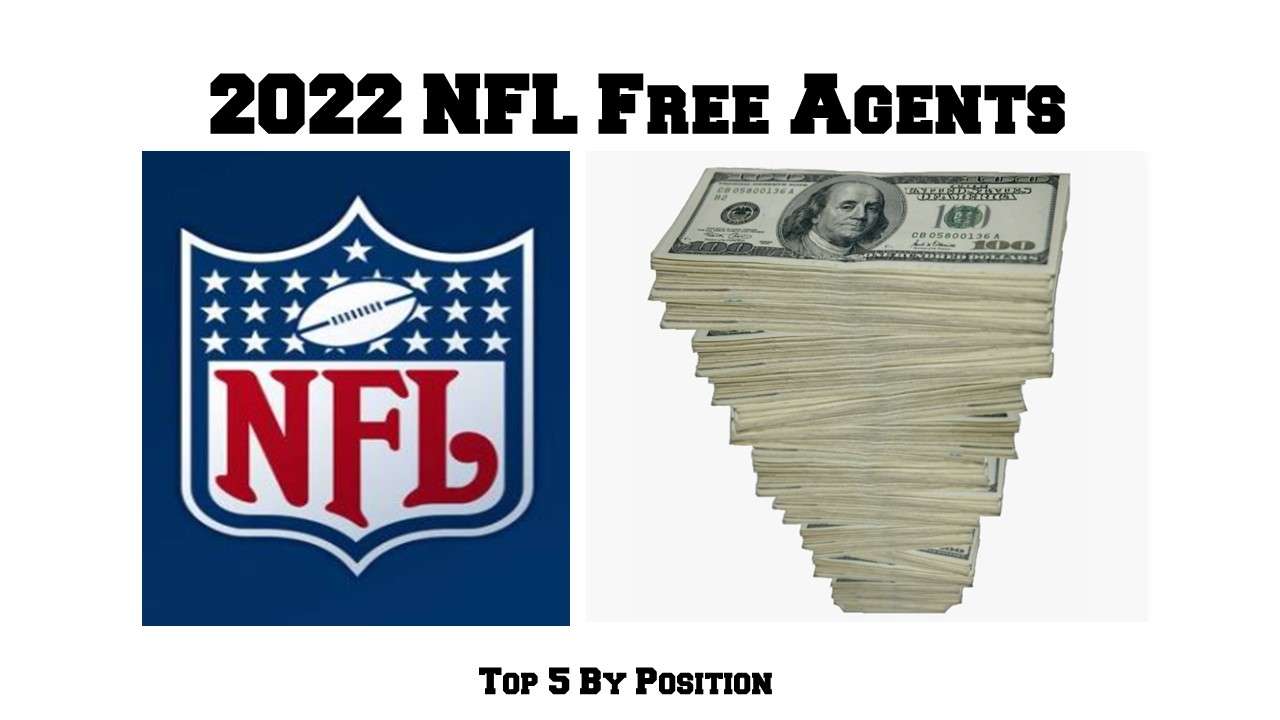 Snyder, for his lustful pursuits of big-name, high-dollar NFL free agents (Albert Haynesworth 7 years, $100 million & Donovan McNabb’s 5 year deal with $40 mil guaranteed) over the years which has culminated in zero Super Bowls but a ton of increased revenue season over season.

Oft-injured during his final season in Detroit in 2020, he was trending upward after back to back 1,000 yard seasons in a bad offense and led the NFC with 11 TD receptions in 2019.

But, you also have to consider the success of NFL free agents like Reggie White, who left the Philadelphia Eagles for the Green Bay Packers and led them to a Super Bowl championship in tear one.

The 2022 NFL Free Agency period will be a high risk high reward scenario.

This post is meant to be a simple summary of the best available 2022 NFL free agents by position. To provide some context during your AM drive to work, listening to Screamin’ A Smith or Dan Patrick scream their heads off about an “obvious” free agency move that needs to be made.

Another consideration for the class of 2022 NFL free agents is the Franchise Tag.

For 2022, the numbers will surely increase as revenue will be higher and the salary cap for each team will be at $208.2 million.

Here are the 3 variations of the Franchise Tag:

Non-exclusive franchise tag: When most refer to the “franchise tag,” they generally talk about the non-exclusive version. This is a one-year tender of the average of the top five salaries at the player’s position over the last five years, or 120 percent of his previous salary, whichever is greater. The player can negotiate with other teams. The player’s current team has the right to match any offer or receive two first-round draft picks as compensation if he signs with another club.

Exclusive franchise tag: Unlike the non-exclusive version, the tagging team retains the sole right to negotiate with the player. The exclusivity comes with a bump in pay scale (current average salary versus averaging of the previous five years). This one-year tender offer of the average of the top five salaries at the player’s position for the current year, or 120 percent of his previous salary, whichever is greater. The rise in pay scale means only a select few get this tag. Usually, players for whom other teams would gladly give up two first-round picks receive this version of the tag — generally, quarterbacks.

Transition tag: The transition tag is a one-year tender offer for the average of the top 10 salaries at the position — as opposed to the top five for the franchise tag. It guarantees the original club the right of first refusal to match any offer the player might receive from another club. The tagging team is awarded no compensation if it chooses not to match a deal.

Here are the 2022 franchise tag projected salaries by position for 2022:

And here are the Top 10 2022 Franchise Tag Candidates: